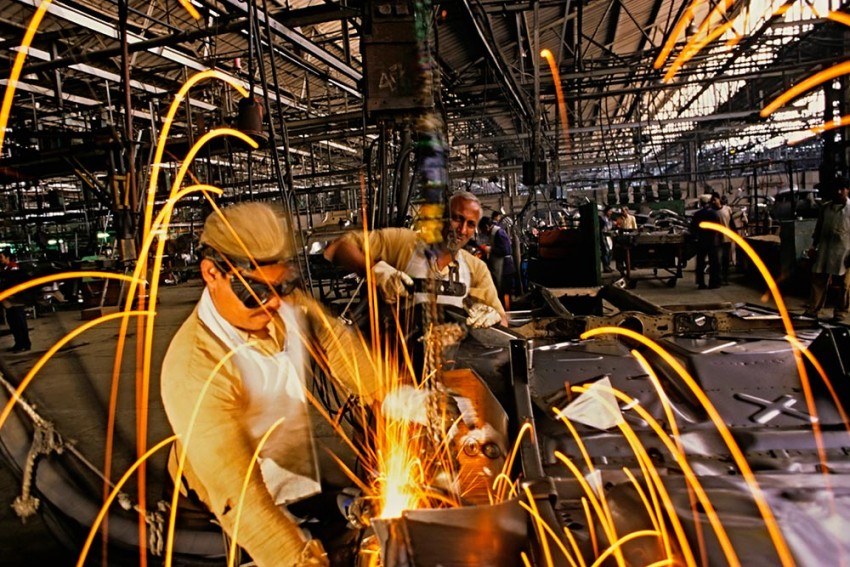 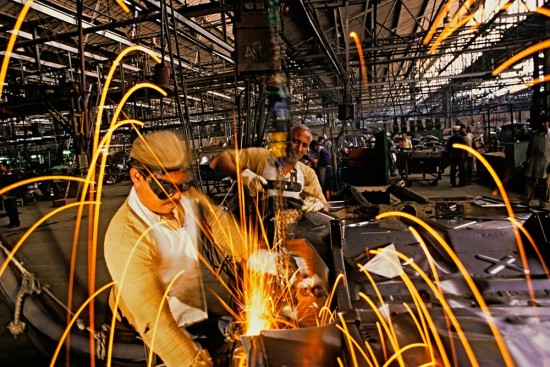 Employment data has always been a subject of debate in India, more so now that the surge in social security enrolments is ­being cited as evidence to press home that 41.26 lakh new jobs were created between September 2017 and April this year. The Central Statistics Office data earlier this month raises more questions than it ans­wers. Labour ministry sources too are wary of giving any straight ans­wer on the doubts raised.

“We can’t distinguish between formalisation and new jobs,” says a senior off­icial, referring to the surge in the number of employees who have come under social security schemes such as Employees Provident Fund (EPF) and Employees’ Pension Scheme (EPS). The surge in enrolment is mostly due to the Pradhan Mantri Rojgar Protsahan Yojana (PMRPY), under which the government pays the employer’s share of contribution in the social security schemes for three years. Covering new employees earning up to Rs 15,000 per month, the government has to pay 3.67 per cent as EPS and 8.33 per cent as EPF contributions during that period. As a result, 54 lakh employees have been enrolled in the two schemes in less than two years, and the government has contributed Rs 1,200 crore to meet the employers’ commitment.

As against the government target of five lakh enrolments per year, labour ministry officials point out the enrolments have far surpassed the targets as companies strive to push for formalising employment during the three-year inc­entive period. “Unfortunately, everybody is going by provident fund data, which was never considered imp­ortant in the past for tracking employment,” says Bharatiya Mazdoor Sangh (BMS) secretary-general Vrijesh Upadhyay, who is also a member of the EPFO’s central board of trustees. “Fluctuation in EPF data is nothing new. The emp­loyment market has become very volatile. What many people fail to take into account when basing emp­loyment data on EPF is that a large number of jobs are seasonal or dem­and-driven. An emp­loyee may opt to withdraw the PF while on the look-out for the next job.” In many cases, in fact, the enrolled employee may well have been working on a contract basis with the same company, but without any social security.

Pro-labour reforms have been long pending with policymakers mostly unw­illing to take on the might of corporate lobbies. In the pre-GST era, an estimated 2.5 lakh companies were suspected to be operating without registration. “If each of these companies were employing an estimated 10 workers each, then 25 lakh employees were outside the social security and welfare schemes for workers,” says Upadhyay. “Formalisation in the employment of these 25 lakh people could have spiked up the EPFO enrolment.”

Over the past nearly three decades, the labour market has seen considerable changes in the nature of employment. The changes, however, have not always been in the interest of workers, with thousands being denied fair terms and kept out of the social security net. In 1980, the salaried structure of emp­loyment underwent a major change with the introduction of contract employment.

“Everybody is going by PF data, which was never considered ­important in the past for tracking jobs.”
Vrijesh Upadhyay, BMS secretary-general

In 1985, the government stopped filling vacancies in Group C and D cadre. In fact, the central government abolished the Class IV posts, opting to make ad hoc appointments or outsource work done by employees in those posts.

In effect, all the changes in government as well as private employment saw the growth of contract jobs, which by their nature are not long term. Most companies continue to keep such emp­loyees out of the social security net for workers. The new data might indicate a positive change for contract workers.

Since 2016, the government has taken the initiative for formalisation of employment in the backdrop of demonetisation. Due to the tightening of governance rules, including the push towards cashless transactions, companies and traders were forced to put their contract or temporary employees on the employment rolls. This has resulted in a spurt in employees being enrolled for PF.

“Bulk of the rise in EPF enrolment is due to employees who may have been regularised on the records,” says Anil Bhardwaj of the Federation of Indian Micro & Small and Medium Enterprises (FISME). “The formalisation of emp­loyment in SMEs has been necessitated due to government pressures and policies putting a check on cash transactions and replacing wages in cash to cheque or e-payments.”

It is in companies that continue to deal in cash transactions that things have not changed much. Many micro enterprises have been created with the help of Mudra loans, given by the government to encourage entrepreneurship. The amount varies from Rs 50,000 to Rs 10 lakh. According to official data, 95,85,870 loans totalling Rs 51,095.97 crore had been sanctioned until July 13 this year, while Rs 47,009.61 crore had been disbursed. Since April 2015, Rs 4.6 lakh crore has been sanctioned for 10.38 crore beneficiaries.

Bhardwaj points out that many Mudra loan recipients may have emp­loyed one or two people in their venture, “but as there is no register, we cannot say how many jobs have been created”. “Going by the number of loans given, we can say for sure that many jobs must have been created,” he says. “In the case of small and medium enterprises, the last year has been the worst, with the lingering impact of demonetisation followed by GST implementation. So there was no question of expansion. If nobody lost his or her job, that itself is an achievement.”

The greatest employment creation has always been in the informal sector, with the bulk in agro-based sectors. There is no decline in employment generation as such, though one can question the nature and quality of employment.

“Employment figures being put out by the government are absolutely fraudulent and bogus,” says CPI(M) leader and MP Tapan Kumar Sen, who argues that the rise in workers coming under social security schemes is the result of trade unions’ pressure on the government. “Unfortunately, the government is using the social security enrolment to project that jobs are being created.”

Sen vouches for data generated by the labour bureau despite its shortcomings on some fronts. “Among all the different sources, the lab­our bureau figures based on a focused survey of eight ­labour-intensive sectors is the most reliable, despite its shortcomings. Acc­ord­ing to this data, some 5.5 lakh jobs have been created in the eight sectors over three years—2015-16, 2016-17 and 2017-18.”

“Going by the number of Mudra loans given, we can say for sure that many new jobs must have been created.”
Anil Bhardwaj, FISME

Prof S. Mahendra Dev, vice-chancellor of the Indira Gandhi Institute for Development Research, calls the data “not very rob­ust” as the new PF enrolments of old units may have been added to the total ­number. Among other possibilities is the shift of an SME unit from informal to formal sector due to its staff strength increasing from 19 to 20. “It is socially desirable to have the PF and EPF ­coverage for workers, but they cannot be relied on to represent new jobs added,” says Dev.

Despite the government having generated a universal PF number like Aadhaar for every enrolled employee, there is continuing fear that the PF numbers could lead to miscalculation due to double counting. The wait now is for the NSSO large-scale labour survey data expected in October. The last such survey was done in 2011-12.

Wiped Out Whiteboards: Protests Against Manipur University VC Spiral Out Of Control