With Obama likely to take over White House, it's nuclear deal R.I.P. 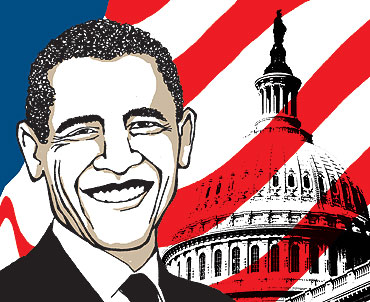 The answer, almost certainly, is that they have done so because they find themselves in a situation they have never known before. Across the political spectrum, there is an all-pervasive fear in the country that the future is slipping out of control. This feeling can be traced back three decades to the onset of de-industrialisation in the '70s, as more and more industries and retail chains began to move or outsource their manufacturing operations to low-wage countries in Asia or south of the border to Mexico. But it has come to a head in the eight disastrous years of the Bush presidency.

That presidency is ending with America beset by a banking-cum-financial mess that will take years to untangle, and threatened by a recession that several analysts predict will rival the Great Depression of the 1930s. The value of the dollar is plummeting, its vast middle class is fighting a losing battle to maintain its real income, and the poor face growing impoverishment and increasing insecurity in their daily lives. It has lost more than 5,000 soldiers in a totally unnecessary war, is caught in a military quagmire in both Iraq and Afghanistan that it does not know how to get out of and is certainly not winning the war on terror.