The gory murder of two gay men in Delhi exposes the darkness, and despair, prevalent in the community 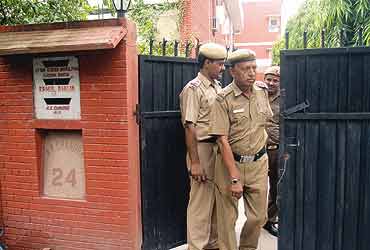 Pushkin Chandra wasn't just a murder statistic; he was a calamity waiting to happen. In a gruesome case that had Delhi alternately horrified and titillated by each appalling new revelation, the 38-year-old USAID worker and Kuldeep, a young man who may have been his partner, were killed just before Independence Day.

The case was under investigation by the Delhi police at the time of writing and the perpetrators hadn't been identified or caught. Lines of inquiry at the time suggest that Kuldeep knew the killers, and they had all attended a party that evening before returning to Pushkin's home in Delhi's upmarket Anand Lok. Yet amid the ghastly details it yielded in every installment of news—nude bodies with multiple stab wounds, evidence of bondage, stacks of pornography, Pushkin's own rather privileged background (the Doon School alumnus had a US MBA and was the son of a former senior civil servant) and the contrast with Kuldeep's considerably less privileged history—it also highlighted the darkness lurking at the soul of Gay India's life.