The Next Stage Of Human Evolution

Konkona Sensharma, 25, award-winning actress of Mr and Mrs Iyer, wanted to know who else had made it to Outlook's zippie smartlist along with her. So we told her. Her cool confidence was breached for a moment: "Gosh, aren't they seriously young? Kids 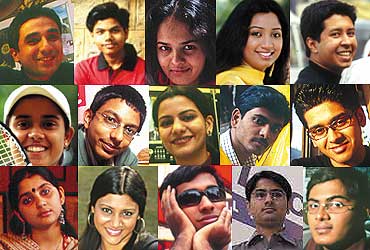 Konkona Sensharma, 25, award-winning actress of Mr and Mrs Iyer, wanted to know who else had made it to Outlook’s zippie smartlist along with her. We mentioned Saatvik Agarwal, 14, the razor-sharp Delhi schoolboy who’s part of the Mars mission; Samit Basu, 23, the writer of India’s first science-fiction fantasy; and Tathagat Avatar Tulsi who, at 16, is closer to his doctorate degree at the Indian Institute of Science (IISC), Bangalore, than to his driving licence.

Konkona’s cool confidence was breached for a moment: "Gosh, aren’t they seriously young? Kids these days can give you a complex."

Let’s face it. Virtually anyone who will matter in the next few years is now below 25. What’s stunning, though, is that on top of the list of smart young people are nameless, faceless individuals, not some silver-spooned celeb kids. Not necessarily nerds or techno-coolies either, but doctors, engineers and B-school grads plugged into the global economy.