The New Lord Of The Chaudharis

The polarisation is complete. Modi and BJP’s chances have never looked better. 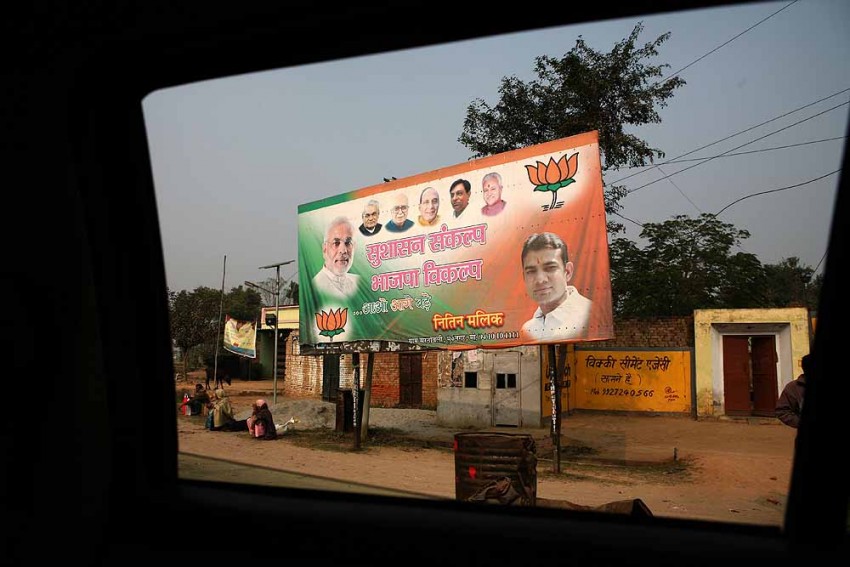 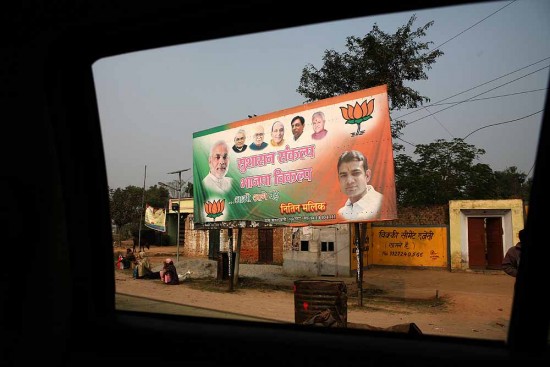 “Agle thokar se left ho jaana (turn left from the next speed-breaker).” These are the directions we are given for Shahpur camp after a dense foggy ride early in the morning. It’s quarter to eight when I finally reach Camp No. 1—Islamabad—the makeshift accommodation where many of the victims of the Muzaffarnagar riots are still staying. Sayeeda and her six children are sitting outside their tent, which is visibly damp with dew. They are gathered around a chulha to combat the cold. Some 18 children have alre­ady died across other camps due to the cold. The tarpaulin tents in open fields are feeble protection against the approaching winter for the hundreds of families compelled to live there. “Neend nahin aati (I can’t sleep),” Sayeeda’s five-year-old daughter Bhura tells me.

A short distance away, 25-year-old Sakira maintains a keen eye over her three sons, the youngest a mere six months old. Her husband Naushad is in jail for rioting. Not a single Jat has been arr­ested, she says. Some­thing Jameel, a resident of Loi village, west of Shahpur, echoes later as I give him a ride till Budhana tehsil. “There were complaints against more than 6,000 people, mainly Jats, but now they have been reduced to just 600; no Jats have been arrested,” he says. There was some help initially from the Akhilesh Yadav government, but now the camp is mostly at the mercy of local donations. A few have received the Rs 5 lakh compensation, but that money is only fuelling speculation in real estate. It hasn’t taken long for new residential plots to come up for sale near the Isla­mabad camp in Shahpur. Sitting on a cot outside his house, 84-year-old Faqruddin sha­kes his head in despair, saying, “hamare khoon mein hi kharabi hai ki aisa ho raha hai, naye bachche control me nahin hain (our own bloodline is betraying us, the new generation is out of control).” This didn’t happen here even in 1947, he adds.

Later in the day, stopping for ‘bam pakoras’ (a grenade-shaped snack) in Budhana, we ask for directions to Jhola camp. Only to have a person jump into the car with us, saying he’s headed in the same direction. My queries about the riots and local politics elicit no response from him initi­ally, apprehensive as he may have been about my goatee. He relaxes visibly as soon as I introduce myself (a Hindu). “This area belongs to the Chaudharis (read Ajit Singh),” he tells me. He himself is a Jat. “But after the riots everyone wants Modi. Pas­chimi Uttar Pradesh mein Congress or Ajit Singh ki kahani khatm (it’s the end of Congress and Ajit Singh in western UP).” What about the Samajwadi Party, I ask him, won’t the Muslims vote for them? “Musalman dare hue hain (the Muslims are scared), they will not come out of their houses. If they do, I’ll personally teach them a lesson.” It’s time for Modi, he says, pointing to a roadside hoarding of the BJP’s prime ministerial candidate.