Cooption, the great tactic of Hinduism, is what the Congress is practising 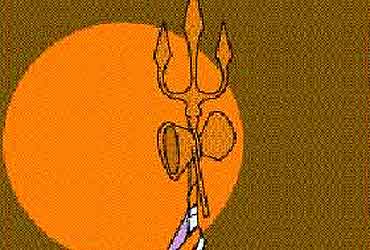 outlookindia.com
-0001-11-30T00:00:00+0553
How has Hinduism—a religion that does not have one prophet, one God, one dogma, one holy book—managed to survive thousands of years? The obvious answer is that Hinduism survived precisely because of its flexibility and multiplicity. No other religion can boast of this amazing variety of customs, traditions, rituals, beliefs, schools of philosophy, holy texts and hundreds of religious teachers with their own interpretation of the scriptures. One of the reasons why Hinduism didn't just survive but rejuvenated itself through the centuries—despite setbacks and suppression—is its intrinsic principle of cooption. Hinduism constantly and continuously assimilated ideas and thoughts, even opposition and reform movements. This it could do because, unlike any other religion, the central trait of Hinduism is flexibility.

It is for this reason that our Congress party is arguably more genuinely Hindu than the BJP, if only because it is more flexible and inclusive than the BJP. Now, we see the Congress being truly Hindu again. It is adopting the age-old Hindu survival technique—cooption. The Congress chief minister of Madhya Pradesh, Digvijay Singh, is the biggest hijacker of the BJP's distinctive pro-Hindu agenda. He has now emerged as the chief cow champion of the nation. He has even coopted BJP opponent Uma Bharati's brother into his cow campaign. But other Congressmen are not far behind. Ajit Jogi is building temples in Chhattisgarh. Ashok Gehlot praises sati in Rajasthan and A.K. Antony attacks the impudence of minorities in Kerala.

In the 1980s, Hindutva struck a chord among a wide swathe of Hindus who were alienated by successive Congress governments' shameless policy of appeasement to garner Muslim votes. So the Congress now tries to reform and coopt the opposition—exactly as Adi Shankaracharya, Sri Aurobindo and Swami Vivekananda did. When Buddhism, with its emphasis on virtue and compassion, posed a threat to a Hindu core that had virtually been reduced to ritualism, Adi Shankara defused the crisis through his oratory, spirituality and cooption. Through brilliant debate, he defeated Hinduism's chief believer in the supremacy of the ritualistic path to God, Kumarila Bhatta and his disciple Mandana Mishra. He thus took the sting out of the Buddhist theologians' attack, leading many to describe him as 'pravaccha buddha'—the closet Buddhist. Over the centuries, all spiritual and reform movements that broke free to oppose Hinduism's blind superstition or excessive ritualism—whether Jainism, Buddhism, the Bhakti movement or Sikhism—were gradually coopted into the Hindu fold. As Swami Vivekanada said in Chicago in 1893: "Ours is the universal religion. It is inclusive enough, it is broad enough to include all ideals. Ours is the religion of which Buddhism, with all its greatness, is a rebel child."

Cooption is an elementary principle of survival of species, big and small. Even the bacteria evolves through a process of cooption. The cooption results in a mutation, but that is vital for evolution, as Charles Darwin pointed out. Cooption also has sociological validity. Every society has its canons—commonly accepted and explicitly taught truths about particular subjects. For example, among the canons of the west are: the Holocaust did occur, ufos probably do not exist, astrology doesn't work, Atlantis is a myth. But there will always be people who disbelieve these canons. The establishment perpetuates canons by resorting to three generic strategies: marginalise, suppress, coopt. At first, disbelievers are marginalised. Official channels—journals, media, classrooms, seats of government—are closed to them, pushing them to society's boundaries. They become alternative discourses. In the old days, they survived underground. Now they flourish overground in cyberspace.Today, more information can be obtained about Atlantis or ufos on the internet. If the alternative discourse continues to flourish and pose a threat, it is suppressed—the Church has done it constantly, as have political empires. If they still persist, then they are coopted and thus effectively neutralised. It's no longer 'alternative', it becomes part of the mainstream.

Much the same is the trajectory of Hindutva. A modern Indian canon is that we are a secular society. Hindutva proponents operated on the fringe. Nehru marginalised them. They were sporadic and feeble attempts to crush them, especially after Mahatma Gandhi's assassination. But they continued to grow. Official channels were denied to them, which explains why they are so omnipresent on the internet. Now the process of cooption has begun. Gradually Hindutva will fold into the mainstream, diluted but widespread. And the Congress is spearheading this social engineering.

Cooption has a niche in theories of political science. When power is faced with life-threatening opposition, it often deviously overcomes such obstacles by seeming to adopt the agenda of the opposition. This cooption primarily involves altering perceptions. Often, perceptions are altered merely by changing definitions. So civilian casualties become collateral damage, tax increase becomes revenue enhancement. We now have the new phrase, "soft Hindutva". Such linguistic tampering softens resistance by altering the morality and perception of reality. The sting is gone. No longer perceived to be wrong, divisive or dangerous, it becomes more acceptable.

So, there are civilisational, historical, religious, intellectual, political, sociological, canonical, biological and philosophical explanations for the ongoing phase of Congress mutation. But there is also a simple, modern street explanation: "If you cant beat them, join them."