Vendetta on his mind, Karat doesn't worry about undermining his party 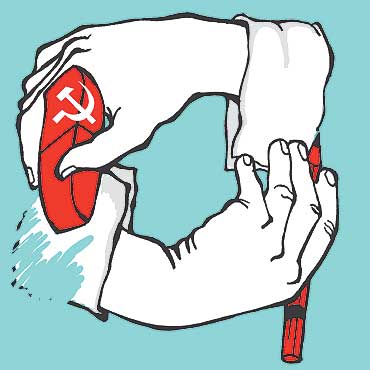 Karat has not simply withdrawn the Left's support to the UPA: he had every right to do that if his party went along with him. He has not merely joined hands with the 'communal forces' rallied by the BJP: he can argue that this has been forced on him by the Congress decision to ask for a confidence vote instead of letting the BJP move a vote of no confidence. But going beyond that, Karat has dangled the prime ministership of a future Third Front government before BSP supremo Mayawati's eyes, the condition being she will help him bring down the UPA government.

Commentators sympathetic to the Left (the few that remain) are justifying Karat's moves as a political response to Mulayam Singh Yadav's sudden rapprochement with the Congress. But Karat is not naive. He wants to retain his party's cloak of virtue by claiming it's above horse-trading. But he knows Mayawati has no such inhibitions. And she has deep pockets.