The Money Is Manacled

All physical, social and political coordinates assail capitalism in India 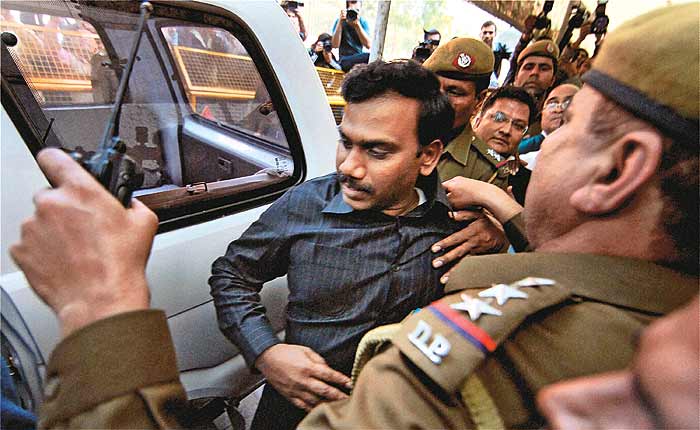 Unlike capitalism in the West, Indian capitalism is not quite in dire crisis, even though there has been some perceptible decline in business confidence lately. The crisis in the West will, of course, adversely affect Indian exports and foreign investment, but the engine of growth in India remains largely domestic, the significant opening to globalisation in the last two decades notwithstanding.

Unlike the West, India has a large young population with a great, and as yet substantially untapped, potential for entrepreneurship and a relatively high savings rate with the potential of funding such ventures. People praise Indian entrepreneurs’ various design innovations and remarkable capacity for improvisation (‘jugad’). But, in the realisation of the great potential, there are quite a few formidable roadblocks. One relates to the deficiencies of various ingredients of capitalist production in India and the other, at a deeper level, to the perceived legitimacy of capitalism in the eyes of the general public.

Capitalist production in manufacturing and high-valued services requires land, minerals, physical infrastructure (electricity, roads, railways, etc) and a skilled and healthy workforce as essential ingredients. In India, the current situation is fraught in all these respects. The issues of land acquisition and mineral extraction have become politically charged, as the farmers and adivasis, facing dispossession and eviction from ancestral land, long used to defrauding by contractors and middlemen and unkept promises by politicians, have started agitating for a clearer recognition of their rights, better compensation, jobs, and relief from environmental despoliation.

Indian physical infrastructure is dismal for any modern semi-industrial economy. Electoral populism, keeping a lid on user fees, electricity and water prices, railway passenger fares (drawing cross-subsidies from commercial freight), and encouraging an atmosphere of giveaways, power theft and squandering of public resources with impunity makes cost recovery difficult. These discourage investment (both private and public) in infrastructure. In particular, public investment in infrastructure (complementary with private investment) takes a long time to fructify and requires both short-run sacrifices in terms of budgetary allocation and purposive collective action. But the increasing social and political fragmentation in India (reflected in numerous caste-based and regional parties, sometimes playing pivotal roles in shaky coalition governments at the national level) often results in pandering to short-run particularistic demands in the form of handouts and subsidies, overriding coordination for the long haul. These handouts keep the fiscal deficit high, and the necessary government borrowing keeps the cost of capital high, which hurts finance for development.

On social infrastructure like education and health, particularly in quality more than in access, India’s average status is worse than many developing countries. This stark and staggering fact cannot be hidden by the few stories of our bright IIT graduates earning fabulous salaries or those of successful IIM manager-entrepreneurs or first-rate hospitals (attracting medical tourism). Even in higher education, the quality of our universities is quite low by international standards; so is our spending on research and development that fuels innovation. At the level of mass education, the high rates of dropouts from secondary schools and lack of vocational training facilities make the Indian workforce particularly ill-suited to the demands of even semi-skilled labour in many occupations. In addition, chronic ill-health (for example, the world’s largest anaemic or TB-infected population or malnourished children are in India) makes Indian workers extremely low in productivity. As a result, the competitive advantage of our low wages are often neutralised. 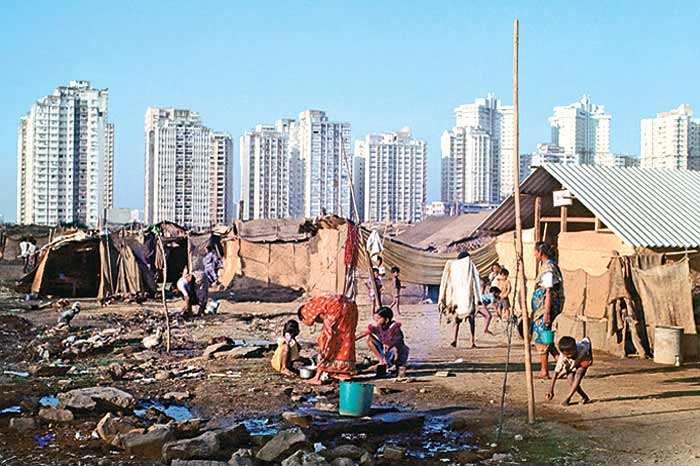 These constraints of land, labour and physical and social infrastructure handicap Indian capitalism even more than the usual horror stories about regulatory delays and official corruption that inevitably attend a new business proposal, particularly in some states, even after decades of economic liberalisation.

The second set of factors that undermines Indian capitalism is the more general issue of its perceived legitimacy in India’s divided and unequal society. In spite of the great flowering of entrepreneurial energies in recent years, one cannot deny that there is a strong anti-capitalist (particularly anti-big-capital) streak in Indian political culture. This is not surprising in a country where “small people” (small and middle peasants, self-employed artisans and shopkeepers, bazaar merchants and petty middlemen, clerks, school teachers and service workers) constitute an overwhelming majority of the population, and their ranks are swelled by inexorable demographic pressure and by traditional inheritance practices and subdivision of property. The formal capitalist sector is involved in the work life of too few people (as it directly employs not more than two per cent of the Indian workforce), and while it does have some supply links with the informal sector, the major part of the latter is far removed from the capitalist domain.

In India, there is a deep suspicion (reflected in all political parties) of market competition that might lead to larger economic interests, often utilising their advantages of economies of scale, deeper pockets and better political connections, devouring small and localised business. Gandhiji had given sensitive and eloquent expression to this anti-market, anti-big-capital, small-is-beautiful populism and mobilised it in the freedom movement against the British. In recent decades, those bearing the legacy of the Gandhian moral critique of market expansion and competition have joined forces with those espousing the Left critique of capitalist exploitation of workers, peasants, and other small people and their rights over natural resources. They’ve built active grassroots movements in parts of the country for the protection of the environment and of traditional livelihoods, against the depredations of the capitalist oligarchy.

On top of all this, the high growth of recent years has brought about a significant rise in inequality in a country where the disparities in the distribution of land, education and social status were already high. At a time when, in spite of a great deal of government expenditure on anti-poverty programmes, the social safety net is still very patchy in a largely informal and rural society (and in remote areas often completely absent), the exigencies of ruthless market competition raise the level of anxiety for workers and peasants. Lack of education gives them very little flexibility in adapting to rapid changes in technology and markets. (Even among western countries, resistance to global market competition is stronger among workers in the US, where the social safety net is weaker, than in the contrasting case of the social democracies of Germany or Scandinavia). In addition, the invidious inequalities and displays of newly acquired wealth (made more luridly visible in TV programmes) heighten the popular resentment at calls for market expansion and pro-capitalist reforms. National Election Studies data have shown that the majority of a large sample of respondents believes that reforms help mainly or only the rich. Accordingly, at election time most political parties play down any commitment to reforms. A ruling party that introduces some reforms is quick to block them when in opposition. In Indian politics, inequality often leads to a kind of reactive, short-term populism which ultimately hurts both capitalist growth and pro-poor investments.

The long-run prospects of Indian capitalism, while not quite dismal, will require a great deal of structural and political changes to be sustainably bright.

Pranab Bardhan is economics professor at the University Of California, Berkeley. His latest book is Awakening Giants, Feet Of Clay: Assessing the Economic Rise of China and India.

Beyond Club And Cabal