Unlike many upscale restaurants, the Grand's menu has a special appetite for Kerala's many flavours! 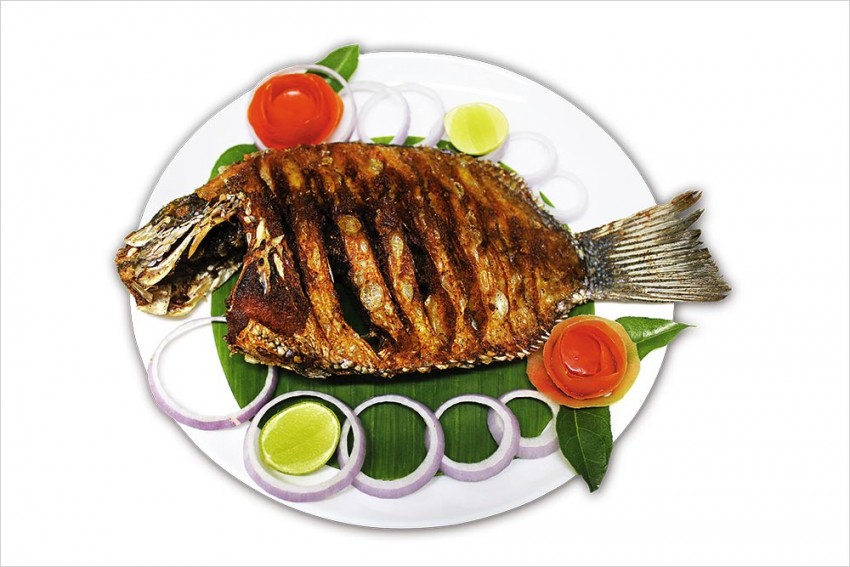 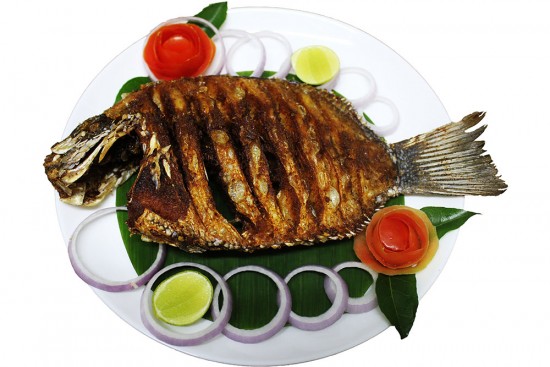 Walk into the Grand Pavillion on Kochi’s MG Road and you are greeted, first and foremost, with a whiff of nostalgia. Such restaurants existed in government-run tourist homes, remnants or ­reinterpretations of colonial dining halls—spacious, pillared, with an air of etiquette hanging over them. At ease. The Grand reminds one of all of this, minus the uptightness. And unlike the diners of yesteryear, which showcased the antiquity rather literally—weathered and weary, screaming out for maintenance—the Grand, which turned fifty just a few years ago, looks a brand new old school.

The menus of many ups­cale restaurants, arguably, would be oblivious to the flavours beyond the glass door—the local cuisine of the proverbial common man—but the Grand ­innovatively acc­ommodates a ref­reshing variety of a staple Kerala diet such as kanji, payar and puttu kadala. The diner has thoughtfully cashed in on the foodie’s delightful oxymoron—everyday nostalgia. 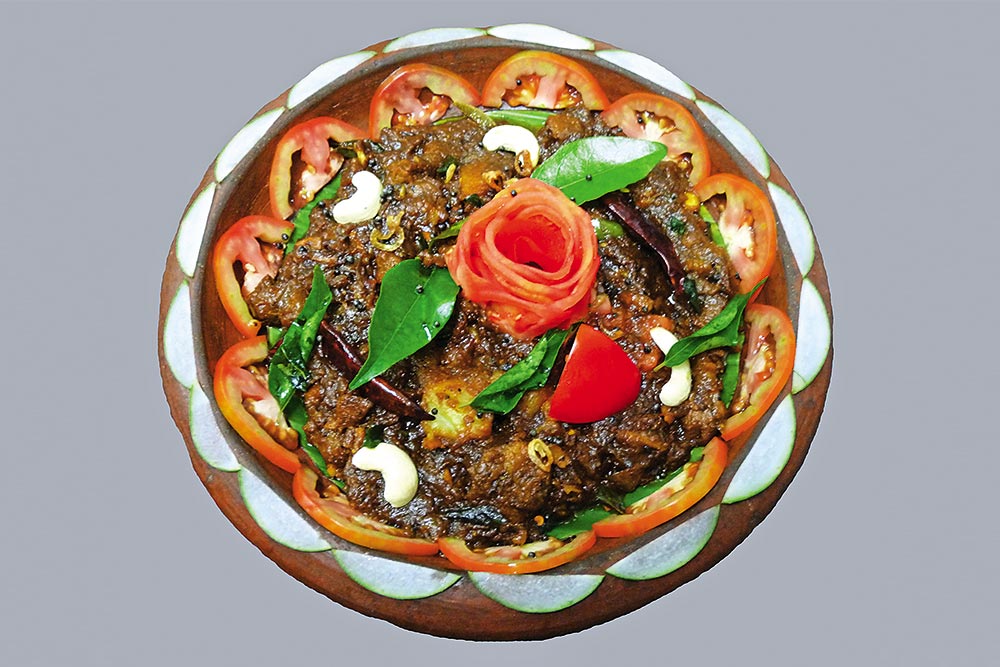 Many ups­cale restaurants, arguably, are ­oblivious to the local, but the Grand’s­ menu has a special appetite for Kerala’s many flavours .

Much on the menu is dedicated to Kerala food with appams, mutton roast, porotta and the grandmother’s fish curry. The discerning diner will know the regional cuisine variations in the state, how the Mapilla cooking is so different from the Travancore style and how that differs from that of old Quilon. In a cosy nook of the Grand, you can take a flavourful journey through the various regions of the state, as most of the dishes from across Kerala are found on that menu. The diner—be it a Malayali yearning for comfort food or the vast number of cuisine tourists who visit the state—only needs to flip to the part of the menu which declares itself as “Com­binations”: Kappa Meen, Thattu dosa­-prawn curry, puttu kadala.

If you’re searching for the signature dish in this section of the Grand’s menu, go for the Karimeen Fried (pearlspot) or the Karimeen Pollichathu (pearlspot wrapped in banana leaves). These dishes are charged according to the size and weight of the fish (a tip for the diner—it’s best to go for the medium-sized fish, which is neither too fleshy nor too bony). There are also the standard fish curry meals and vegetarian meals, which come with rice and a flourish of curries. You would like the details: the anchovy peera, the dried prawn chutney and the mango chutnies and pickles. If it’s the lucky day, they might be serving their stellar dish—the brinjal char curry—with the meals.

The only thing with the meals is that they have their good days and not-so-good days. Diners who have visited the place a few times will tell you that. If you are a biriyani person, it will be more rewarding if you go for the dum biriyani, which is much better than their regular ones. And to be fair, it’s just not the Kerala cuisine that the Grand dishes out well, their Continental menu pretty much lives up to the benchmark and some of the Chinese dishes are worth trying as well. It would be unfair not to inform readers about the pepper steak, which is off the menu. And the baked spinach fish and fish and chips are sure bets that make for a satisfying meal.

The Grand had never been famous for the ‘End With’ section on its menu—desserts. After such an elaborate starters and main course menu, it listed out one predictable, rather monotonous, dessert after another. You could only choose from the standard ice creams, payasams, a rather lousy coconut pudding and forgettable caramel custard, among others. But, ever since the state government banned hard liquor in restaurants across Kerala, the Grand has become more considerate of the customers’ sweet tooth. And some of the things on the revised menu are heavenly. Go for their Bitter Blanc Bread pudding and their Lemon Cheese Pudding without any hesitation.

Since the Grand offers a lot to choose from, the check out may vary according to how much you have indulged with the menu. An approximate cost for a meal for two comes to around Rs 1,000 to Rs 1,200.

A Sail Ship To Mombasa