The Masala Before The Tikka

A confident, cleverly constructed novel treads on no new ground, but promises much 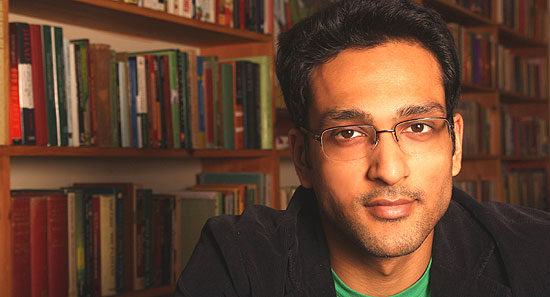 Launched under the prestigious Hamish Hamilton imprint, young Ali Sethi’s debut novel has received generous attention. This is not unexpected: he comes of impeccable literary stock—both his parents and his aunt are well-known Pakistani journalist-writers with a large fan following across the border. Moreover, Ali belongs to the bright young writers’ league that is gathering momentum in Pakistan and getting noticed everywhere.

Like most first novels, this account of a young man’s coming of age appears strongly tinged with autobiographical material. His protagonist, Zaki, grows up in a home curiously devoid of men, with his father’s mother (a formidable matriarch known as Daadi), two grand-aunts and an old retainer, Naseem. Zaki’s mother is a feisty single parent who runs a women’s magazine and is at the forefront of political demonstrations and pickets (shades of his own mother visible here). The only person his own age is a girl cousin, Sami, who is desperately in love with Amitabh Bachchan. Life in this genteel enclave of Lahore seems no different from the life of a similar family living in, say, New Delhi’s Defence Colony. The same preoccupations with food, fashion and films seem to engross the globalised young across the subcontinent, whether here or there. They spend a large amount of their time watching the latest Bollywood blockbusters, while the older folk are engrossed in bitching about independent young women, shameless westernised behaviour, servants and matchmaking. Like many young people from such a background, Zaki goes off to study in the US, where he makes the same discoveries about the West and East thing that countless young men and women have made before him and is confronted with the same crisis of faith that every other young writer today seems to believe is a unique discovery.

Zaki returns to find that his childhood world has changed, but whereas he can see the old life as somewhat anachronistic, and shows an offhand interest in the political rumblings shaking his secure childhood world, his cousin Sami’s growing up has been more violent. She has been whisked away by her father to a life in rural Sindh, to be buried behind the purdah, and seems to have lost the cheeky confidence she had when in Lahore. What is worse, she is well on her way to being married off to a man old enough to be her father. Her rescue by Daadi and the aunts and her eventual wedding (that both begins and ends the book) are meant to show how under the subtext of parties, pickets and pranks Pakistan, like India, is not a nice place for young girls seeking independence. Who then is the wish-maker that Ali names his novel after? Zaki, the lonely fatherless boy who grows up in a house dominated by strong women, or Sami, the waif who is brought up in that home and who wills her wishes to come true?

To add some colour to a rather spiritless and confused tale, Sethi tries some stylistic acrobatics: beginning in medias res and going back in a series of flashbacks. He also throws in a wedding, a death, an affair, many page three type parties and one night in a jail after taking part in a protest rally to add danger and excitement. And as the box-office success of Monsoon Wedding and Slumdog Millionaire have shown, you can’t go wrong with vulgar weddings and heart-rending poverty. The West laps it up like chicken tikka masala.

Sethi has promise, style and confidence. All he lacks is experience. That, too, will come one day. He lives in a country where momentous events are taking place, for a whole way of life is coming to an end outside the safe confines of the cantonment bungalow his characters occupy. Yet one cannot help saying that pain, poverty, deprivation and tragedy cannot be imagined: they have to be experienced before they wrench your reader’s guts. This is what gives the novels of Nadeem Aslam, Mohsin Hamid, Daniyal Mueenuddin and Khaled Hosseini—writers who have also located their stories in similar territory and used autobiography skilfully—the pain and poetry that haunts a reader.

Sethi writes with humour and with a sharp eye. If only he had listened to the wise words of Horace, whose advice to young writers is worth recalling: “You who write, choose a subject that’s matched by your powers, consider deeply what your shoulders can and cannot bear.”

On Why New Delhi Was Such A Capital Idea