The Many Challenges For AIADMK In Lok Sabha Polls 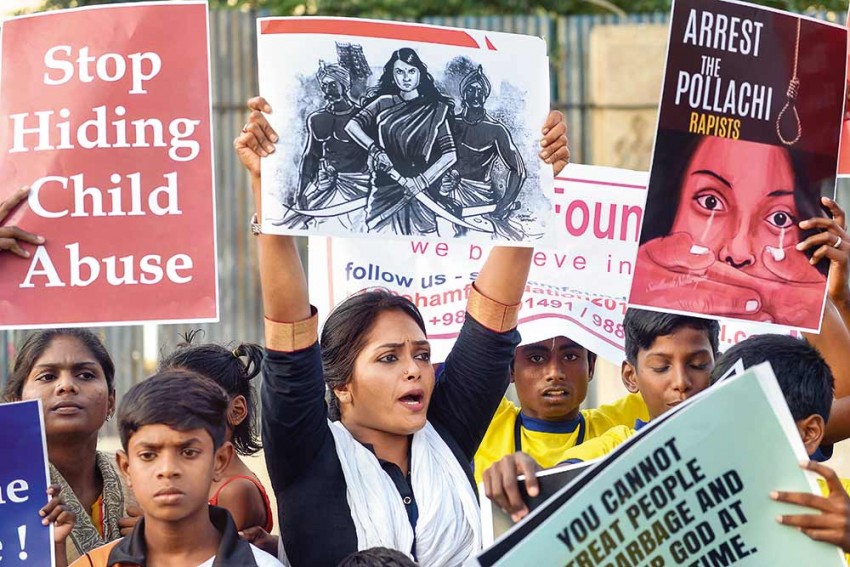 Slogans And placards
Protests against the Pollachi sex scandal
Photograph by PTI
G.C. Shekhar March 19, 2019 00:00 IST The Many Challenges For AIADMK In Lok Sabha Polls 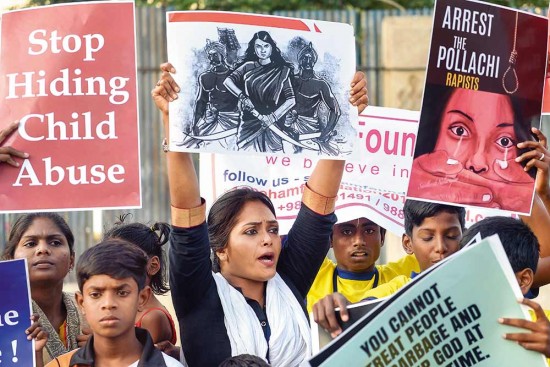 Challenges linked to elections come in many shapes and sizes­­—some can be antici­pated, most are hard to tell. The ruling AIADMK in Tamil Nadu is now straddling both fronts. The party clearly anticipated that its vote-share would be eroded after its split and when T.T.V. Dhinakaran emerged as a doughty challenger. To compensate this erosion it embraced the PMK, BJP and Vijayakanth’s DMDK—even if it meant contesting only 21 seats as against all the 39 it had in 2014, of which it won 37.

While Dhinakaran has lost his legal challenges—against the disqualification of his 18 MLAs and denying the AIADMK its Two Leaves poll symbol—he remains a potent political threat especially in the Thevar-dominated districts of the Cauvery delta and southern Tamil Nadu. “Dhinakaran knows that he will not win any seat, but his intention is to undercut our vote bank and spoil our winning chances. So, while we take the DMK head on, we also need to watch out for Dhinakaran snapping at our heels,” a senior AIADMK minister says.

The ruling party tinkered with its candidates—axing 31 of the 37 MPs and renominating only six. It inducted freshers, including the sons of deputy CM O. Panneerselvam and another senior MLA from Madurai to counter the TTV effect. The party held on to its trusted strongholds in western Tamil Nadu, giving away only one seat to the BJP. This region, called the Kongu belt due to the predominance of Kongu Vellalars or Gounders who elected 45 AIADMK MLAs in 2016, including chief minister EPS, has always stood behind the AIADMK.

Even as the AIADMK was hoping for a rich haul of seats from this western belt the unanticipated storm hit the ruling party in the form of a sex scandal in Pollachi town near Coimbatore. The arrest of a gang of youths for sexual exploitation, torture, extortion and blackmail of young girls from the region blew up in its face as one suspect is said to be associated with the ruling party. The DMK latched on to the controversy and tried to link the son of assembly deputy speaker Pollachi Jayaraman to the scandal. 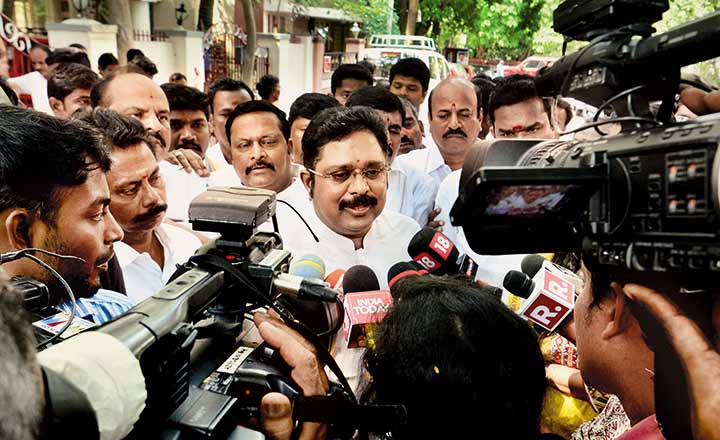 Though the administration quickly referred the case to the CBI, the local police’s ham-handed handling of the preliminary investigation triggered public anger, further fuelled by saturation coverage by the TV channels. “It was clear that the Opposition and media were trying to whip up frenzy to turn women voters against the AIADMK as if we had plotted the whole affair and tried to protect the guilty. Once the heat and noise die down people will be able to sift through and see the truth,” fisheries minister D. Jayakumar says.

The DMK, which has been on a stronger wicket from the start, is naturally smiling at the troubles of its rival. But the two Dravidian majors have chosen to contest only 21 seats each and will be locked in a direct contest only in 11. “Even if the DMK manages to win all its 21 seats, it could be let down by its allies who will be easy meat for the AIADMK as it happened in 2016. The DMK might have erred big time by giving the Congress ten seats when the national party could win only eight of 41 assembly seats, thereby robbing the DMK of a certain win,” political commentator Rangaraj Pandey says.

But DMK managers hope that this being a national election the voter preference for the Congress would be much greater than an assembly election. And the Congress too harbours similar hopes.