From eternal dissident to Congress bedrock. The party will sorely miss YSR.

More from Sugata Srinivasaraju
View All

Just five years back, when Y.S. Rajasekhara Reddy first became chief minister of Andhra Pradesh in 2004, he came to the job with the reputation of being the eternal dissident, the anti-party voice in three successive Congress administrations. But on September 3, as it became clear that he had perished in the dense, steaming Nallamala jungles en route to the villages of Chittoor, the eulogies that poured in from distant Delhi placed him at the party’s very centre. In a condolence resolution, the Congress Working Committee acknowledged YSR’s stellar role in returning the party to power not just in AP, but also at the Centre. Later, a sombre party president Sonia Gandhi herself recalled to journalists at the party headquarters how he had allayed her anxieties about how the Congress would fare in AP, saying, “Trust me.” Prime Minister Manmohan Singh, meanwhile, described him as “a role model for good governance”, who had made “a profound impact” on his state and the party. 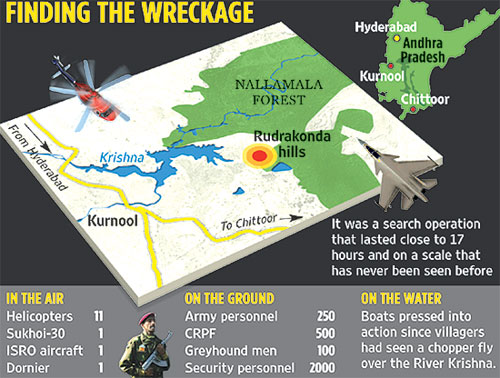 These were clearly no empty encomiums: YSR had become a star in a party that does not encourage stardom. He had never looked back after his 1,600-km-long padayatra (from Chevella in Rangareddy district to Itchapuram in Chittoor district) in the run-up to the 2004 polls which propelled him to the political centrestage. Along the way, he also shed his raffish image for that of a dynamic administrator. After the exit of K. Vijayabhaskara Reddy, a phlegmatic leader with whom he had a long-running feud, he emerged as the party’s tallest leader in the state, managing even to checkmate the sub-nationalist appeal of his rivals. Despite a reduced majority in the assembly, his victory was impressive as he dealt with N. Chandrababu Naidu’s “Telugu pride” agenda, scuttled the Telangana Rashtra Samiti’s separatist ambitions and scuppered Chiranjeevi’s Praja Rajyam Party (PRP) through the deft placement of proxies and Trojan horses. And, in the Lok Sabha, he actually increased the Congress’s tally in the state—from 29, the figure climbed to 33. In between, during last year’s crucial vote of confidence, he had also successfully weaned away some TDP MPs.