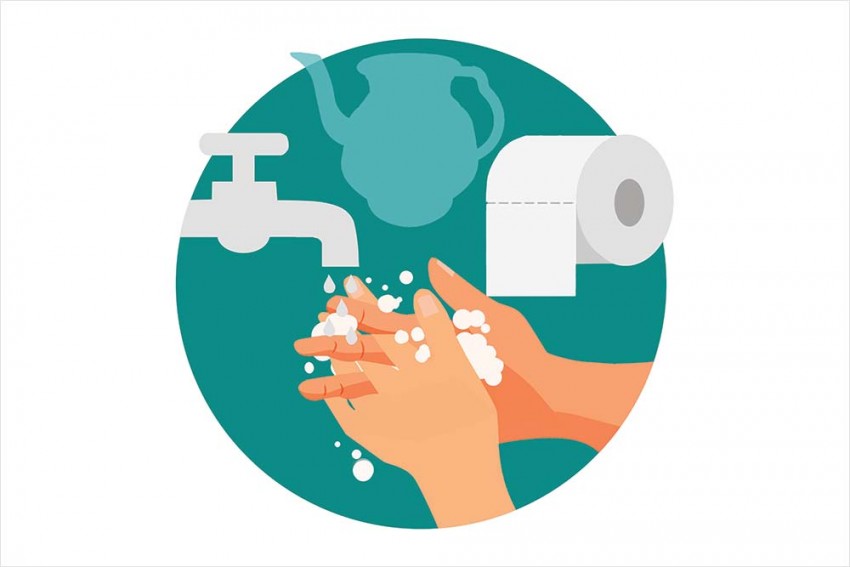 It’s just not in our genes, though we are the most pur­ity obsessed nation. We laugh. We spit. We hawk. We blow our noses in copious streams. We wipe our hands on the nearest available surface. We pinch the cheeks of little babies on buses and trains. “We are Indians, we can’t help ourselves,” we admit. Just like the Italian gentleman who exp­lained proudly, “We are Italians…we like to hug each other. Amore.” All around him, Italy was reeling under the statistics of those who had been inf­ected by the new plague that like the old one had decimated earlier Italians. Yet one must applaud their spirit. Ordinary Italians who have been told to stay at home stood on their balconies and sang. “It’s a global war and we are in phase three of the attack,” I heard one gentleman say on the Net.

T.S. Eliot phrased it more elegantly, “This is how the world ends, not with a bang but with a shortage of toilet paper”. He may have actually used the word “whimper” in his poem the Hollow Men. Never mind. We are all hollow men and women. “Better Hygiene” must be our battle hymn as we fight the virus with the only tools we have now: soap and water.

As soon as the dreaded COVID-19—to give it a less scary name—appeared, the world found itself divided on the matter of hyg­iene. The Australians set the trend in motion as it were. They fought each other on the shelves of handy-wipes, disposable diapers, tissues and, of course, the infamous toilet-rolls. This was followed by a run on sanitisers, and one world-famous brand has even promised to provide the lucky 1 per cent who can afford them—designer sanitisers. Let us hope the COVID-19 will be impressed.

Since no such panic buying has been reported yet on the Asian continent, where the virus is rife, we explore how other cultures are dealing with this age-old problem. Those who have reservations about tackling such intimate issues in the open might like to skip the rest of this report.

The Japanese who invented the health faucet, also known as the hygiene faucet, should offer to install them in the West. In its simplest form it’s a jet of water aimed at a cleaning area as required by a thumb-operated button. Of course, they have perfected the system by introducing heat sensors and tablets with further buttons to direct the jet of water electronically at the right temperature.

Indians, of course, prefer to use a kind of mug with an angled spout that serves the same purpose called the lota in the North, the khindi in Kerala. In a YouTube version, the lota is referred to as a “buttock cleanser”. The young man called his search “The Quest for a Lota” and advised those looking for such an item in North America to check out any West Asian shop. He never found one in a shop run by a Pakistani gentleman.

This reminds me that sometime in the late ’60s when everyone read Khomeini’s Little Green Book, it was very specific on the subject of bum cleaning. It had a set of practical edicts for the Iranian people on the lines of Mao’s little Red Book. One particular suggestion that I seem to recall is that he advised people to stock up on small stones next to the loos. Women, he said, were expected to use them to wipe front to back. Men in a reverse motion.

Great leaders, of course, lead by example. Gandhiji was spot on about the subject of toilet training. At each one of his communes, whether in South Africa or later on in India he would not only lead the brigade of toilet cleaners with a broom, a basket, a shovel and a spade, he insisted that they spread the contents of their basket in a specially designated area to compost. “Sweeping,” he often said, “is an art in itself.”

In the current crisis, Kerala is leading by example, having treated the earliest cases of COVID-19. It insists that the entrance to apartments have a basin, a bucket of water and soap, that people entering the premises must use. It could be that an educated public will follow some kind of instruction. In more spiritually inclined states, as in my very own Tamil Nadu, we leave it to our gods and ageing film stars, who are nearer to god anyway, to ward off the virus by magic spells and early morning kolams, diagrams that will frighten the pathogen.

We also have posters, automatic hygiene whisperers who speak in many tongues when we dial a number and slogans. I have taken the liberty of inventing my own slogan: “East or West, Lota is the Best”.  That should put the coronavirus in its place, at least for this week.

Coronavirus Outbreak: Trying Times Such As This Will Test Our Nation's Character