The Lieutenant’s Day Out 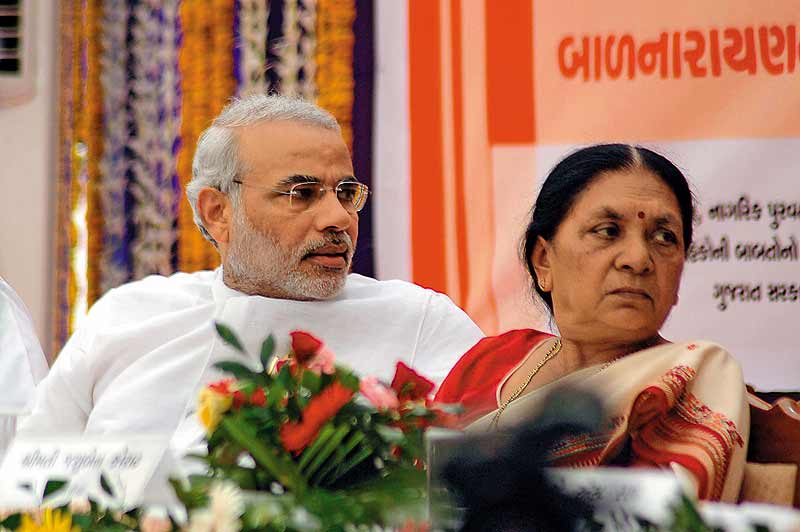 Heads I win, tails you lose, is how Gujarat chief minister Narendra Modi sees the return of his former MoS for home Amit Shah after an over two-year-long forced exile. Shah’s importance could best be gauged from the fact that soon after the Supreme Court order permitting him into  Gujarat, he was up on stage at the Surajkund BJP national executive, being feted roundly by patriarch L.K. Advani and party president Nitin Gadkari. Next day, on Sept 28, he flew into Diu from Mumbai in a 10-seater chartered plane with his family for a darshan at the Somnath temple. At around 8.30 pm, when he returned to his glitteringly lit Shivkunj Society home in the Naranpura area of Ahmedabad, a phalanx of BJP leaders, including bitter rival Anandiben Patel and hundreds of workers were at hand to welcome him. Shah spent all of Day 2 of his ‘freedom’ at Modi’s house—first in a long, closed-door one-to-one meeting, then a state party executive meet, a media cell meet, with assorted chats in between.

Shah is vital to Modi’s plans, both short- and long-term. Except for when Keshubhai Patel was CM and Shah found himself sidelined, he has always been a silent, loyal backroom strategist, executing assignments diligently. Like when district cooperative banks, including their state-level apex body, were firmly in Congress hands and Shah, directed by Modi, masterminded their takeover and installed Modi loyalists. Likewise, Shah used both mind and muscle to wrench the Gujarat Cricket Association from the grip of late CM Chimanbhai Patel’s man friday, Narhari Amin, for Modi to head it.

It is also common knowledge that Shah has taken a lot of dirt on himself to keep Modi’s image squeaky clean. His return to Gujarat is a godsend for Modi, who was beginning to flounder for the lack of an effective political lieutenant. One doesn’t know how long his lawyers can keep him out of jail, but either way, it’s to Modi’s advantage. If he’s out, Shah will be around to help Modi; if not, Modi will use him as a poll plank, alleging a Congress conspiracy against him via the Centre’s misuse of CBI.

A galaxy of lawyers is presently at work to keep Shah out of jail for as long as possible. Modi, meanwhile, hopes to use Shah’s phenomenal knowledge in the post-delimitation scenario in Gujarat’s 182 assembly constituencies in candidate selection. For, Shah was the BJP representative before the EC during the delimitation exercise.

Because of the cases, Shah is no longer in the reckoning as Modi’s replacement if he moves to Delhi for PM sweepstakes; now it’s Anandiben Patel, the No. 2 in the state. But most of her cabinet colleagues and even Modi camp stalwarts are not favourably inclined towards her. Others eyeing the job are grassroot politician Purshottam Rupala who’s built bridges in Delhi post becoming BJP vice-president, and the foreign-educated MBA Saurabh Patel, MoS for energy and industries.