The Lens With Bite

Some 36 crore news stories a year, but how many are really news? You need new weaponry to put the sting back in the tale. 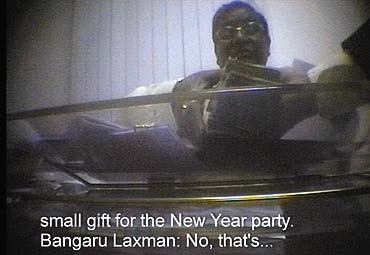 outlookindia.com
-0001-11-30T00:00:00+0553
Gearing up with a hidden camera ten years back meant you had to strap on something close to a home theatre system on your body. These days digital technology has condensed it all to the size of a cigarette box. In times when images can be more powerful than tank battalions, the shrinkage has meant that with a certain amount of dexterity and presence of mind video pixels can be dug out from even previously perilous situations.

The weaponry comes in handy when you troop to corner people who more or less choose to define themselves by the amount they have creamed off the exchequer. The tragedy of Indian society is that it has ceased to be outraged by acts of corruption. It's bandied about as the "inherent cost" of cracking a deal and if this indifference to corruption continues, Indian democracy itself would become corruption's principal victim.

Democracy has little problem tolerating corruption as long as things are stable. The status quo is apparently a sign of stability. In a similar fashion, democracy tolerates tyranny as well. But in times when there are journalists looking for something more electrifying than fishing for scoops fed by the authorities, the empowerment provided by tiny lens-bearing apertures is immense.

In today's world, you cannot wield power and not expect to be scrutinised. You also cannot expect young journalists to listen to all that analgesic talk about the ethics of hidden cameras from heavy lumber in the newsroom—it keeps them from doing anything and trips others who feel like carving the marble.

For the year 2001, the Press Registrar shows 51,960 as the total number of periodicals in the country. Assuming the number hasn't grown, the number of stories they would be squeezing out daily (conservatively speaking) would be close to say 10 lakh. That's about 36 crore stories a year. How many hidden camera stories have we had till date in all media? Say two or three dozen. What media trend are a few of our so-called Kentucky Colonels of journalism and some others so exercised about? The use of the hidden camera! It's pathetic. If I were asked what the burning media issues of the day were, it would be this whole virus of "access journalism", the dumbing down of television to insane levels and the ever-constant villain summarised by the phrase "conflict of interest".

Access to politicians, celebrities and sportstars has become an end in itself. It's rarely that you see journalists with tremendous access do great stories. The two don't go together. On most occasions, access only comes at the price of silence. Or worse, being pliant enough to push somebody's agenda. With today's young television crowd, with no background in print like the earlier generation, the problem is sometimes severe—in their inability to distinguish between a plant and a scoop. For them, even a plant is a scoop if they were the first ones to be sold a lemon. And their idea of an exclusive is getting a few bites on the side with somebody like, say, Uma Bharati.

Indian television itself reeks of collegiate debates, even at the so-called "upper" end of the spectrum—the walkings and the talkings and the verdicts and the fights. The lower end is bizarre, puzzling, depressing, and sometimes nauseous, comprising as it does, amongst other things, stories like the astrological significance of Pluto, going live on an astrologer predicting his death, acres full of reincarnation stories, a snake seeking revenge on a kid, elopements, cars without drivers, ghost houses, flesh-eating tantriks, and whatever else. And the worse part is that they draw ratings. You could have done an astounding investigation but if you are pitted against a snake chasing a kid on a rival channel you have no chance in hell in pulling in viewers. Even if you don't actually see the snake.

The hidden camera issue is a red herring. It's no issue at all. The stories that you do using them are the most scrutinised and the bulk of them, so far, have passed muster. And the impact that you see from their use is simply because the quantum of evidence they bring to a particular topic is so much more nukish than pivoting behind nameless sources. Which is not to suggest that anonymous sourcing doesn't have any legitimacy. In stories where we use hidden cameras, we ascertain whether the people we are doing a particular story on have a "predisposition" to commit the particular act in question. American case law that has developed on undercover operations articulates that if law enforcement has "prior knowledge" of the intention of a person to commit a crime and the person is subsequently exposed in an undercover operation, it is not bracketed as entrapment. British law, in any case, doesn't even count entrapment as a defence for the alleged victim. In India, no case law has developed yet but any that does will or should lean on "public interest" being the defining theme in any faceoff between individual privacy and an act of corruption impacting on the public at large. 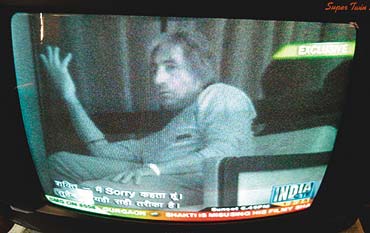 And much as some of the collegiate studio debatists might want undercover journalists to be reduced to a menial status in the hope that the whole genre spins out of people's heads like a fad. But one should remember that if it weren't for them, we wouldn't have got stories like corruption in mplad funds, MPs taking money to ask questions in Parliament, how some Muslim clerics were taking money to issue fatwas, how Uttar Pradesh cops were open to bumping off people for money under the guise of encounters, or how some doctors were in the business of amputating healthy limbs. We also wouldn't have discovered a talented journalist like Jamshed Khan about whom you shall hear much more in the future. Khan's most recent Cobrapost-Star News investigation exposed 10 Muslim clerics issuing 15 fatwas for money. The fatwas ranged from how Muslims could initiate divorce through an SMS to how sleeping on a double bed was against the tenets of Islam. There were another dozen-odd fatwas that didn't make it to telecast for lack of space.

In a polity where bureaucrats are trying to muzzle the Right to Information Act, where prosecuting agencies have to take the government's permission to proceed against officers above a particular rank, and where the production capacity of corruption is seemingly unlimited, you need diverse weaponry to be able to bayonet the Huns. The cyclones of bacteria need dashes of penicillin and not various lines of bullshit from the Kentucky Colonels. The whole fussiness of the thing has to stop.

(The writer is editor of Cobrapost and heads the investigative team that produces the Star News programme, Benaqaab)