The Law Vs The Legislator

Murder, rape, criminal conspiracy, theft. It's all in a day's work for some of our more colourful MPs. 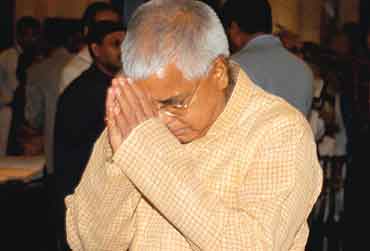 Of these five-score MPs across the political spectrum, roughly one-third can be described as those involved in heinous crimes. A dozen have murder charges against them, another 10 have been charged with attempted murder. Around 11 of them are, in public perception, known as "dons".

This "representative" character of the 14th Lok Sabha was on display on its inaugural day as two of Bihar’s most notorious dons, Mohammad Shahabuddin and Suraj Bhan, sat sandwiched between home minister Shivraj Patil and former DGP and newly-elected Congress MP Nikhil Kumar on the backbenches. The irony of having to rub shoulders with the duo was not lost on Kumar, who has spent the greater part of his life putting felons behind bars. Kumar graciously returned Shahabuddin’s respectful pranaam (they are not only from the same state but broadly also on the same side of the political fence) and later wryly observed: "What can I say? The people elected him and the will of the people is supreme."