People living on the Israeli border learn to live with war. A first-person account. 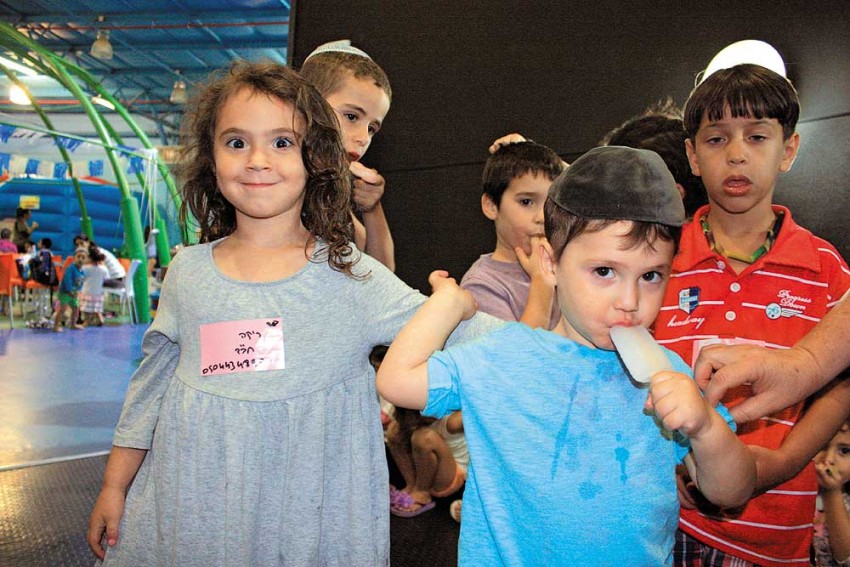 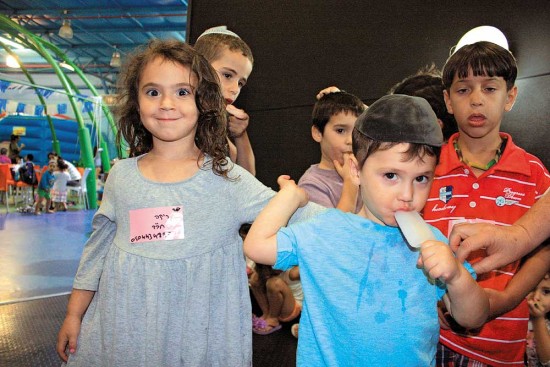 There are no winners in war. Only losers. On both sides. Like with other events, you cannot fully grasp the current war in Israel and Gaza unless you are actually present, witnessing the action first-hand. Even then, it’s hard to get the full story of a conflict of such deep roots.

I’ve been living in Jerusalem since January of this year. I’m not Jewish. I’m not Muslim. I’m just an observer of both societies. I’m aware that there are blankets of people sprawled over the streets of London, Paris, Los Angeles and other western cities protes­ting Israel’s actions. I haven’t been to Gaza. The closest I’ve been during the war is the several trips I’ve made to the border between Gaza and Israel. I’ve heard the story from both sides, but have only seen the story from one side. To me, seeing, talking and feeling are the only ways of knowing. So with that said, I am going to tell you a story based on what I know, what I have seen, who I’ve tal­ked to and what I have felt.

A day before the start of Operation Pro­tec­tive Edge, I spoke with Haviv Biton, a cafe owner in Sderot, a city bordering the Gaza Strip. Biton, 45, has sent his three children to live with their grandmother in Tel Aviv bec­a­use of the barrage of rockets and mortar firing from Gaza. “My children were afraid to go to the bathroom at night. They wanted me to go with them. They were always afraid. To be in Sderot was too much for them,” he says.

Biton was born in Sderot, located only a mile from Gaza. It has been the target of multiple rocket attacks since 2001, launched primarily by the Hamas machinery.

Owner of the Academia Bar-Coffee cafe in central Sderot, Biton says he closes the place early these days to protect himself and his customers. “Before, my clients would come here often and we would have a good time. They would sit and have a drink and I would speak with them. But, now people are scared,” he tells me.

Biton thinks the Israeli government instead of taking necessary action to end the conflict is only making the issue worse. “Our government builds us more shelters and places to hide. They do nothing to actually end the con­flict.” However, despite the constant warfare and trauma, Biton will not leave Sderot. “Why should I leave?” he asks. “This is my place. I don’t want to leave. I was born here.”

It’s a sentiment shared by many Israeli civi­lians living on the border with Gaza; they just won’t leave. They are almost immune to the sirens that blast several times during the day, giving them 15 seconds to find shelter before a rocket from Gaza lands in their vicinity.

The children who play at the Sderot Indoor Recreation Centre have the routine down so pat that it takes them just 10 seconds to find shelter, says Mark Ifraimov, the 33-year-old deputy mayor of Sderot.

The indoor recreation centre came up bec­ause it became too dangerous for children to play outside during the day. They have to be within 15 seconds of a bomb shelter. 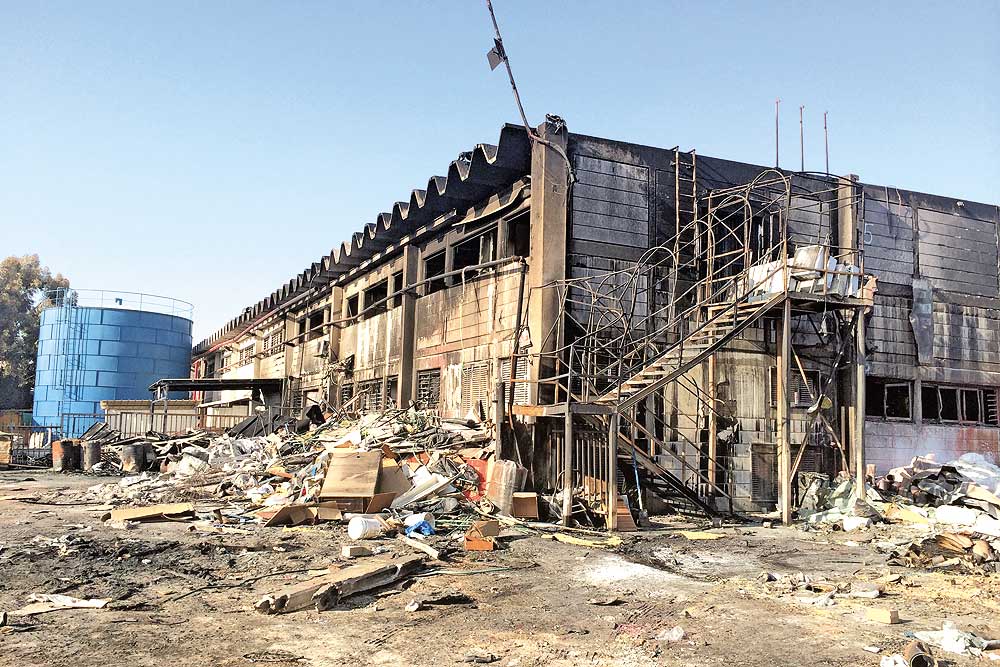 Ifraimov, who is also currently serving his reserve duties in the Israeli Defence Forces (IDF), says, “Even between operations and war, missiles and rockets keep getting dropped on us. We are under constant attack. This is our routine. It is absurd, but this is normal life for us.”

Among the children playing at the recreation centre are brother and sister Remi, 3, and Rica Popak, 5. They live in New York and had come to Israel to visit their grandmother, Sima Pizem. Then the war began.

“They’re indoors all the time now,” says Sima. “They can’t do anything. They can’t play outside like other children. We were sup­posed to have fun but it’s impossible.”

It’s a way of life for all children living on the border with Gaza. Esther Marcus, 49, is a member of Kibbutz Alumim, located in Sdot Negev Regional Council, which borders Gaza and is currently part of a closed military zone. She has penned a book called Code Red, to help children cope with the constant barrage of missiles.

“A few children at the kibbutz have suffe­red severe trauma because of the conflict,” she says. “Some have started to wet their beds. Others have regressed into infantile habits and exhibit catatonic symptoms.”

The slightly older children display a matu­rity beyond their years. Expressing their deep sadness for the violence and the death of innocents in Gaza, they also show an evolved understanding of the nature of the conflict. “We differentiate between Pales­tinians and terrorists,” says 14-year-old Jay Lanzman, who lives at the kibbutz. “It’s not Palestinians who’re sending over the rockets, it’s the terr­orists. And, we feel bad for the people in Gaza who have to suffer because of terrorists.”

Now, danger lurks all around. The biggest challenge, says IDF spokesperson Peter Lerner, arises from the smuggling tunnels of the Hamas. They have dug one under the border bet­ween Gaza Strip and Egypt and another leading under the Gaza-Israel border. Ever since the start of the operations in Gaza, it is being used by Hamas members to infiltrate to the other side.

“The type of activities they want to carry out through these tunnels is of a potentially devastating nature,” says Lerner.

Such activities could include infiltrating communities and holding people hostage, abducting civilians and military personnel and taking them back to Gaza, even mass murder. “We are trying to locate such infrastructure in order to eliminate that threat,” says Lerner.

Tunnels have long been part of war history, says historian and former Israeli ambassador to the United States, Michael Oren. “One of the cardinal rules that any army had was to dig tunnels under castle walls. So it’s been around for an awful long time. And nobody has come up with a solution for it yet. Not the United States. The US has to deal with tunn­els under the border used for drug smuggling or immigration purposes,” he elaborates.

Colonel Richard Kemp, former commander of the UK Forces in Afg­hanistan, is an exp­ert in military ethics, law or warfare and military history. He says it isn’t Israel that is committing war crimes. It’s Hamas which is using the same tactics as the Taliban and Al Qaeda by incorporating human shields in warfare.

“Either the IDF will not attack because of the human shields or Hamas will win with the propaganda over innocent deaths. It’s a win-win for Hamas,” says Kemp.

Extremists, he goes on to say, know the laws of war and exploit the limitations western armies place upon themselves. The money that Hamas has spent could well have been spent on civilian rather than terror infrastructure. Adding his bit, Israel’s economy minister Naftali Bennett says, “Hamas has effectively kidnapped Gaza. Instead of turning it into the Singapore of the Middle East that was promised, they have turned it into a fortress of terror. And right now we are eradicating this terror fortress.” Peace will return only if Hamas gives up arms and stops the shooting.

—Ravji is a Jerusalem-based journalist.