Monica Bedi has spent eight years in Bollywood and yet people know her, if at all, as Salem's moll 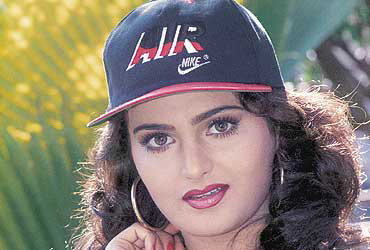 It was producer Mukesh Duggal—who was shot dead five years ago—who led her into the spotlight that she so desperately sought. Over the years she came to be known as Abu Salem's girl. The moll who got roles because her Romeo carried a gun and producers invariably had pregnable heads.

But in the middle of all this, one cannot forget that she is essentially a stunning girl with a background that was a bit queer for the industry. She had come from Norway, which you would've thought is some village in Punjab the way she was fluent in Punjabi and Hindi. Actually from Chabewal, a village in Hoshiarpur, she moved to Norway with her parents very early in life. The daughter of a registered medical practitioner who later opened a garment store in Norway then came to Mumbai where all bad things happen. Her unconditional love for Hindi films made it seem inevitable to her that she would become a mainstream actress.