The Kettle Hits Back 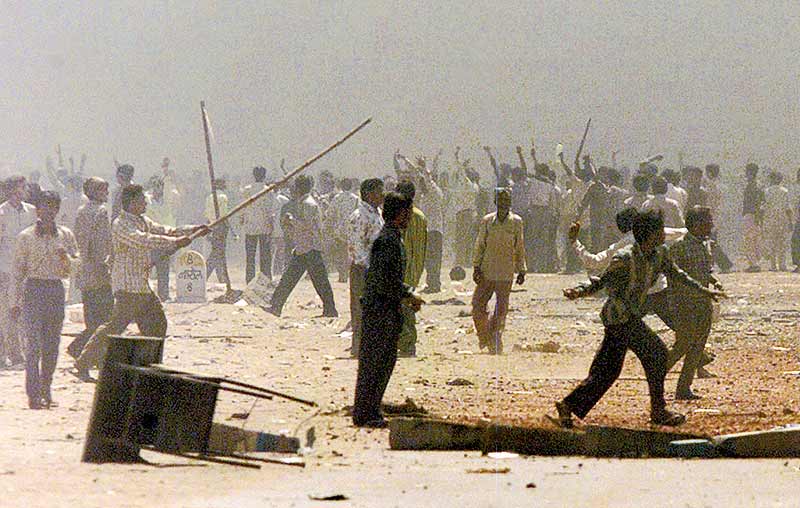 The systematic demonisation of Narendra Modi in the media began with Medha Patkar’s Narmada Bachao Andolan. Though Patkar has played a historic role in raising awareness about the plight of villagers whose lands are arbitrarily taken away for mega dams and “development projects”, she did an incalculable harm to her own cause by overstating her case, especially with regard to resettlement operations of dam oustees in Gujarat. It projected Modi government in particular and all Gujaratis in general as intrinsically demonic forces that were out to decimate the “poor tribals”.

But when I went to Gujarat to do a small reality check first hand, I was appalled at the wide gap between the NBA propaganda and the reality on the ground. There was serious mismatch between the NBA critique of Modi and the reality of resettlement in Gujarat. That gave me the first glimpse of the power of Modi the doer, an able administrator capable of delivering what he promised. He took up the challenge posed by NBA in all seriousness and provided the first of its kind rehabilitation anywhere in India. That is why dam oustees voted with their feet and abandoned the NBA plank. I hope to tell that story another time. But from then on, Modi became the most favoured hate object of leftists, liberals, feminists, radicals, environmentalists et al.

However, the Gujarat riots of 2002 converted Modi bashing into an extremely rewarding career advancement strategy for media persons, NGO activists, academics and sundry intellectuals. Conversely, you are condemned to lifelong perdition, treated as a political and intellectual outcast subject to unending vilification campaigns starting with being labelled a fascist if you dare say one word either in defence of Modi or suggest a bit of caution to Modi bashers.

As the Congress party seems on decline there is increasing desperation in the air for all those who have survived on the Party’s patronage. The possibility of Modi emerging as a winner has put them in panic. That is why the media in general and TV anchors in particular have gone so overboard in demonizing Modi that even people like me who have been consistent critics of BJP feel revolted enough to say: “This has gone too far. Please don’t manipulate us beyond our tolerance limit.”

We would be guilty of the worst form of intellectual cowardice if we kept quiet now. Let me illustrate why I say this from examining some of the key charges against Modi.