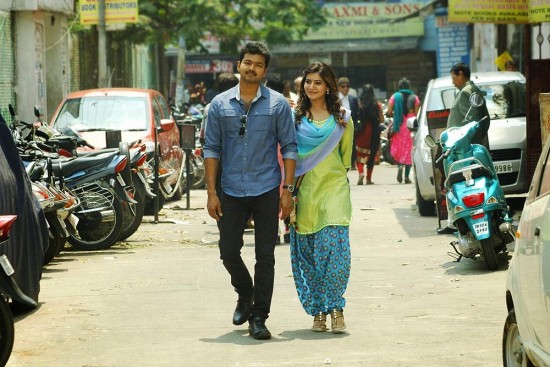 Here the lines between actors and politicians blur and disengage at will. Actors enjoy the patronage of the ruling party so long as they appear to be endorsing its fortunes. When they play truant, which isn’t uncommon, they find their films blocked or blacked out from theatres. Comedian Vadivelu, a fan favourite, was sent to the doghouse after campaigning for the DMK, which lost to J. Jayalalithaa’s AIADMK. After a two-year exile, he only recently surfaced seven months ago with a comedy film. Vijay, a Kollywood superstar, has flirted with politics and has realised that as with everything else, there is a price to pay despite the halo of stardom and, no, you cannot please everyone.

Now the Sri Lankan Tamil issue is a highly emotional one—actors and directors have discovered that much to their peril (and often close to the date of their film’s release). Invariably, the call for withdrawal happens a day before the release. The Vijay-starrer Kaththi (The Knife) is no exception. While the film set the tone with an all-out attack on a rapacious soft-drink major out to grab the lands of hapless villagers and an indifferent media which didn’t see a story in the villagers’ plight, the engaging formula did not cut much ice with Panruti Velmurugan of the Tamilaga Vazhavurimai Katchi (TVK). Velmurugan, incidentally, is often described as a compulsive chaser of causes who had parted ways with the PMK to float his own party.