The Invisible Grip Of Pain 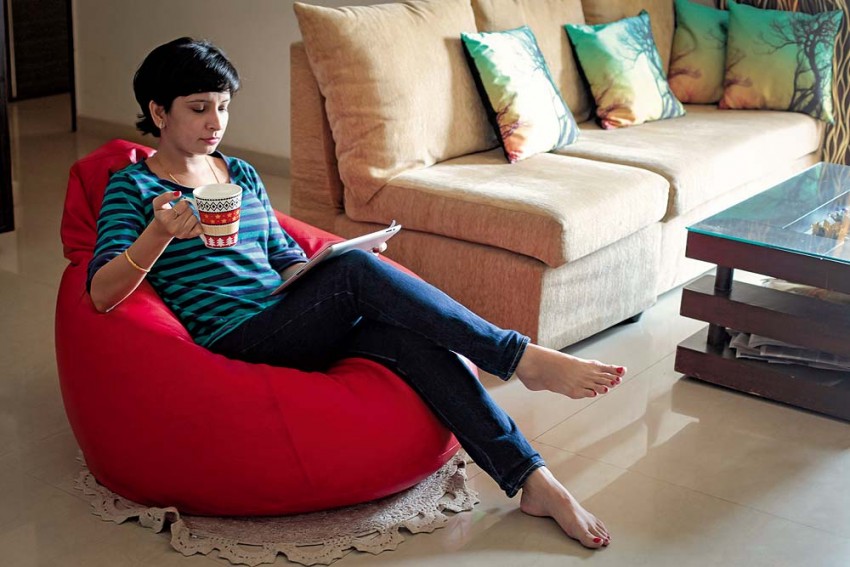 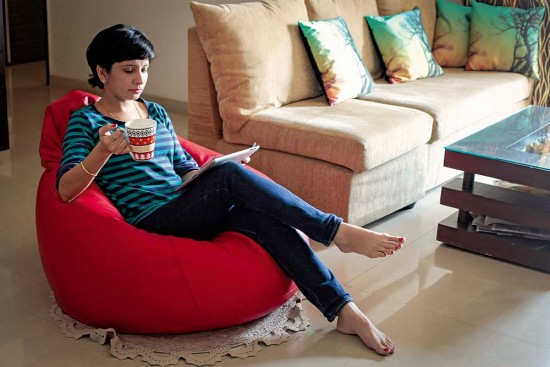 Anuradha Khanna-Pentapalli is pleasant, cheerful and welcoming. At her tastefully done house in a Panvel housing colony, it is breezy and quiet, a luxury for most living in and around Mumbai. She is 35 but looks ten years younger, and chirps about offering you pudina chai and samosas, nudging her mother, who’s visiting, to take her afternoon nap.

She doesn’t let anyone see what she’s going through. As an advertising professional, she used to work 20-hour days. But fibromyalgia—a medical condition that’s neither visible nor forgiving—ended her career. The condition causes unbearable pain that never goes. A malign sideshow torments the patient: insomnia, hypersensitivity to light and noise, irritable bowel syndrome and many more nettling symptoms in myriad combinations. So many, in fact, that it is the diagnostician’s ‘dustbin’ disease—when every possible disease associated with the symptoms has been ruled out, it’s fibromyalgia. Every patient exhibits these symptoms in different magnitudes and combinations. Depression is a common, unhelpful accompaniment. It’s a disorder of the central nervous system (CNS): transmission from nerves to brain is affected and results in pain in several parts of the body at the same time. Often, doctors initially take the symptoms for rheumatism, arthritis or other orthopaedic diseases. For some reason, 90 per cent of patients are women.

As Fibromyalgia Awareness Day was being observed last week (on May 12), Anuradha recounted to us how the disease took its toll. “I was not only working very hard, but I had a great social life. I’d work, then go to the gym, then meet friends, head back. After marriage, I continued to work. I had to change four trains and it was stressful,” she says. Stress, she thinks, is a plausible cause.

“No clinical test or lab investigation can diagnose this condition,” says Dr Preeti Doshi, who runs a pain management clinic at Jaslok Hospital, Mumbai. “Statistics isn’t available in India but it’s said to affect 2-10 per cent of people in the US and the UK.” The number of cases in the US is estimated at 5 million. Some countries treat it as a disability.

“Every day is different. There are good days and bad days. It is easier when I am doing light activity at home but usually, early mornings are really bad. I cannot even hold a cup of tea let alone make it,” Anuradha says. The couple have had to make a lot of changes, not the least of which was living on one income. “We had to take a house where I wouldn’t have to climb a bridge or deal with too much noise and pollution.”

Often, there may be a setting-off factor—shock or prolonged stress—and the symptoms may manifest themselves much later, but it cannot be connected as cause-result. For Sagarika Chakraborty it was a head-on collision. For Uday Kamthe it was a cardiac condition dete­cted after years of doing shifts, standing for hours. For Asha Singh, an IT professional from Bangalore, it was detected two years ago, after her daughter’s birth.

“I started feeling a heaviness in the lower part of my body. I couldn’t walk properly. I tried taking medicines but it did not work. Memory is a problem too,” says Kamthe, 65, who can no longer help out at home. Says Asha, “The biggest problem is that no one understands what is happening. Not even you. No one can see anything.” 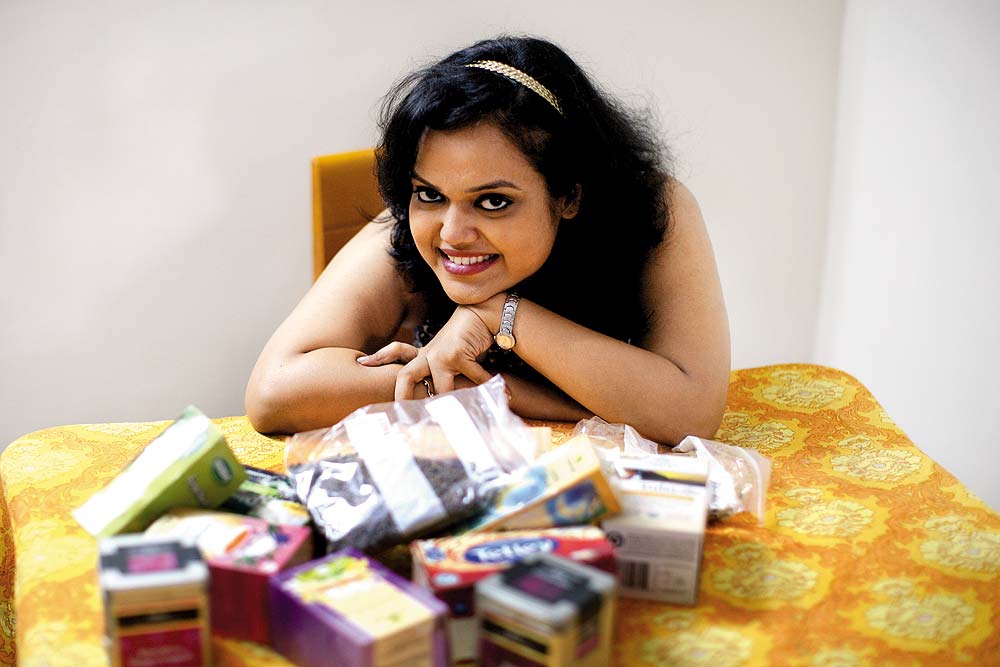 No more Sagarika Chakraborty gave up meds; she battles the pain on her own. (Photograph by Amit Haralkar)

“It is very difficult to convince others that the patient is suffering. Everyone thinks it is all in the head, doctors too. That by itself causes depression,” says Dr Shashank Akerkar, a consultant rheumatologist who is treating Anuradha and trying to create more awareness about the disease (see box). There are social implications. “Often, women don’t want to say they have the disease because it ruins marriage chances,” says Anuradha, who interacts with scores of patients through her blog and website.

The worst part is that relatives and even doctors think it’s a psychosomatic disease. They say the pain is “in the mind”.

“My daughter barely talks to anybody now. She used to love to dance but now she is in so much pain that she doesn’t talk to anyone. We do not wish to talk about it openly because it may affect her relationship,” says the worried father of a married girl recently diagnosed with fibromyalgia.

Sleeping pills, anti-depressants, sometimes even cannabis may be prescribed but there’s no evidence that they cure; they may only dull the pain. There are dependency issues. “I remember I was once at my mom’s place and needed my pills but the chemist wouldn’t sell them to me without a prescription. I cried and asked him to speak on the phone to my mother and my doctor,” says Anuradha. “Insomnia triggers pain and that day turned out to be terrible.” 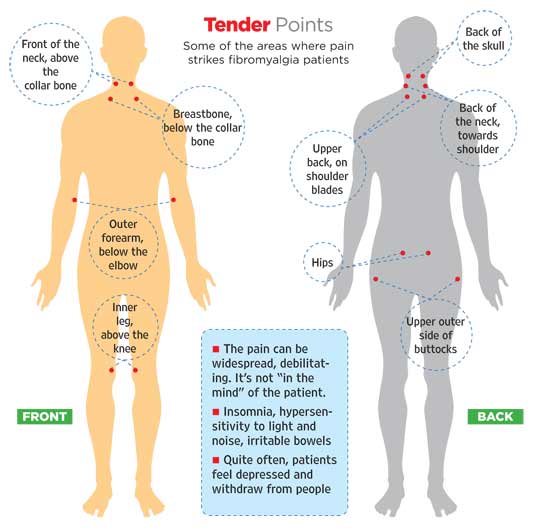 Sagarika has given up on medication: she’d been taking medicines for long and the dosage had been gradually raised to maximum permissible levels. “How long can one go on? The side-­eff­ects depress you more,” she says. “And it’s not curing anything anyway.” She experimented with dry needling—an acupuncture technique used at specific points—but found it extremely painful.

Medicines also turn out to be expensive in the long run. Also, if you wish to have a child, you cannot be on medication. Many patients stop medication after a point. They devise their own ways of dealing with the condition. Family support is crucial in this. Strangely, many patients wanted minimum support from family and friends and wanted to devise their own systems that suit them and their immediate family. Counselling is crucial. “To start with, counselling is required for the patient. Then family. That is to accept the condition. Later on, one needs it to deal with depression,” says Dr Shashank.  It’s very important for people known to the patient to understand him or her well. “Sometimes patients are extrasensitive to pain. It is important to be empathetic,” says Dr Doshi.

It is here that support groups, especially online ones, play an important role. “If I hear about a new treatment or medicine, I immediately put it on the group. People post if they are in pain or better,” says Anuradha, who wants to use the platform for generating awareness about fibromyalgia. While some seek support extensively, some decide to fight it out solo and come to support groups only when they have specific issues. Sometimes there are discussions about disability status for the condition—as it is given in some countries. But mostly it is about coping with the stress, pain and other symptoms. Often it is about bringing normalcy to life.