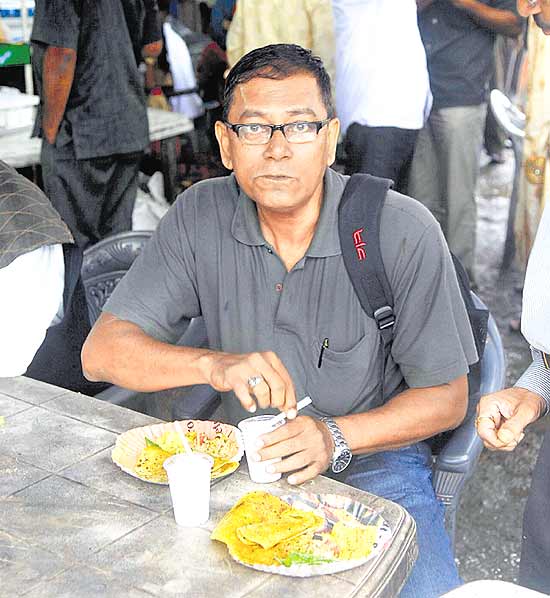 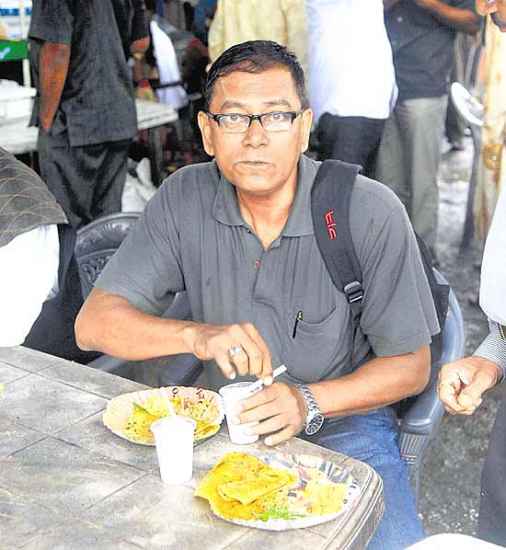 The special investigations editor of Mid-Day, J. Dey, had the hunger of a news reporter and the instincts of a spy. He would stride quietly into the newsroom, wait his turn with the editor, mention his scoop of the day, hammer it into an office desktop and slip out. He always insisted that his byline not mention his full name. Colleagues and some friends did not know the ‘J’ was Jyotirmoy. The end of a working day for most reporters was not so for Dey. He would venture out to “chat up” sources until Mumbai’s streets were left only with those who worked by night—or by stealth. On June 11, however, 56-year-old Dey met a tragic end—gunned down in broad daylight in a busy Mumbai suburb. He leaves behind his wife Shubha. The couple had no children.

Dey knew the odds of writing on crime, the underworld and the faction-ridden Mumbai police department. He practised caution: abjured routine, changed route often, deliberately mismatched names and numbers in his phone contact list, diligently photocopied vital documents and left a set with a trusted colleague or friend, had secret identification codes and greetings with sources and friends, rarely shared personal stories, resisted being photographed, changed locations of meetings at the nth minute, manoeuvred his bike to allow himself quick escapes and so on. At one point, he nurtured dreams of becoming India’s top wrestler, but was stuck with an insignificant shopfloor job with Hindustan Lever. For a lark, he dabbled in wildlife/environment photography in the late ’80s and later drifted into crime reporting.

Having written on crime and the Mumbai underworld for 20 years, Dey was an acknowledged “boss” in his domain. Threats and ambushes were, to him, mere work hazards; his calm response to one such call—“Don’t keep calling to threaten, if you have the guts, come and get me upfront”—during a routine edit meeting at the Indian Express, Mumbai, is the stuff of legend. And, in the hush-hush talk on “compromised” crime reporters, Dey’s credibility was remarkable.

On that afternoon, as Dey biked his way through incessant rain from his mother’s house in Ghatkopar to his own at Powai, four men on two bikes tailed him and shot him at close range—from behind. Five bullets from .32 revolvers shattered his chest region. By the time he was taken to the Hiranandani Hospital, he was dead. There was shock and outrage. “He was my guru, my commander and my elder brother,” wept Nikhil Dixit, the crime reporter who performed Dey’s final rites. His distraught mother, Bina, could only say, “He always said he’d protect me, he wouldn’t let me be harmed. But, in the end, he wasn’t protected.” 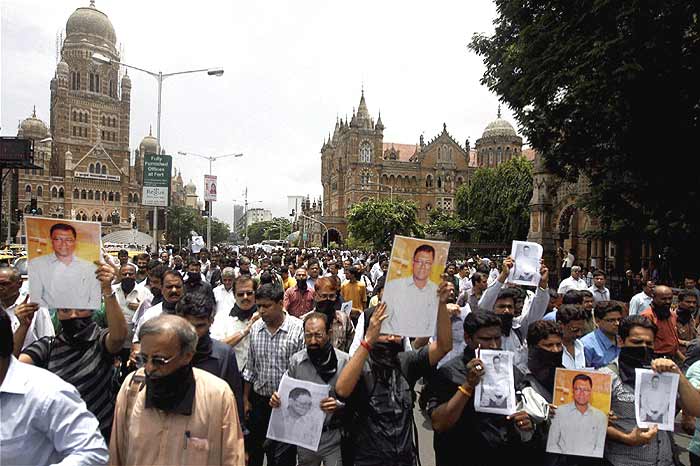 Dey’s funeral drew nearly 200 media personnel. The tardy government response led to an estimated 400 journalists and writers marching to the government headquarters at Mantralaya two days later, demanding a CBI probe, the resignation of state home minister R.R. Patil and enactment of the long-pending Journalists’ Protection Bill, making attacks on journalists cognizable and non-bailable offences. It took Chief Minister Prithviraj Chavan five hours to react to the incident; for the next four days, he insisted the probe was “in the right direction”.

Dey’s murder put the spotlight back on a trend the state can’t be proud of: increasing assaults and intimidations, life-threatening attacks on journalists and others, such as RTI activists, who seek to uncover inconvenient truths. Chavan, on May 28, had actually said, “The rising attacks (on journalists) are a cause for concern,” but, faced with Dey’s murder, could only mouth more platitudes. Refusing to be placated, furious journalists sought an appointment with the prime minister to demand concerted action in such cases.

The Mumbai Police showed their true mettle—clueless for days, they rounded up 17 suspects, checked CCTV footage of the shooting spot, scanned Dey’s diaries, documents and mobile records, formed four crack teams to examine the 4-5 theories behind the murder (the oil mafia he had recently exposed, the underworld, his information on the police-underworld nexus), sought permission from the special MCOCA court to question jailed-hospitalised oil mafia kingpin Mohammed Ali, planted stories about a personal enmity angle and so on. Even as police commissioner Arup Patnaik claimed it was the work “of an organised crime syndicate”, investigating officials—some of whom knew Dey personally—sought more details about him from his reporter friends and colleagues. Mumbai police was groping in the dark. On June 15, four men, apparently from the Chhota Shakeel gang, were detained Two were from the Mumbra suburb, and two from Pune.

“How do we trust the police if one of them is possibly involved? Hence our demand for a CBI inquiry.”

Meanwhile, assistant commissioner of police Anil Mahabole, who was investigated by the Anti-Corruption Bureau, and on whom Dey had handed over a report to the home minister recently, was transferred to the insignificant local arms division. He had reportedly threatened Dey and colleague T.K. Dwivedi aka Akela. Mahabole denied this and said that dragging him into the case was “absurd and the work of some cops with vested interests”. Says Jatin Desai, senior journalist and member of the delegation that discussed the issue with Chavan, “How do we trust the police if there’s a possibility of one of them being involved? Hence, our demand for a CBI inquiry.” Two PILs had been filed in the Bombay High Court pressing for the demand.

Dey’s murder caught national attention, but other such cases in the state do not. “Our figures show there were 185 attacks on media people in the last two years in the state,” says Prafulla Marpakwar, member of the Committee Against Attacks on Journalists (CAAJ). Prominent among them: the attack on six journalists in Chiplun by suspected liquor adulterators, the maiming of Marathi journalist Dattatray Ambekar in Ambejogai, the attack on Amit Joshi of the Marathi channel Zee 24 Taas in Mumbai, two incidents of attacks on journalists by illegal sand mining cartels in Konkan earlier this year, cops thrashing journalists covering deputy CM Ajit Pawar’s rally at Nanded after he objected to their filming an inconvenient question. Convictions in such cases are rare.

In this charged atmosphere, the government fell back on the proposed bill. A small section of the media too mouthed this line, but many in the fraternity believe such a law would make no difference. “How will it prevent an attack like that on Dey?” asks Suresh K.K., a photographer and Dey’s colleague on many “risky assignments”. CAAJ members believe that the act, when it comes into force, would at least provide for compensation to the victims’ families; it could also be a deterrent. Many veteran journalists have asked Chavan to simultaneously focus on the unholy trinity of vested interests—police, politicians and underworld. Addressing this nexus could be the start of systemic reform. And, a fitting tribute to Dey.