Rooted in a capacious subcontinental society of 80 years back, these novellas also levitate in their gleeful use of myth, magic and fantasy 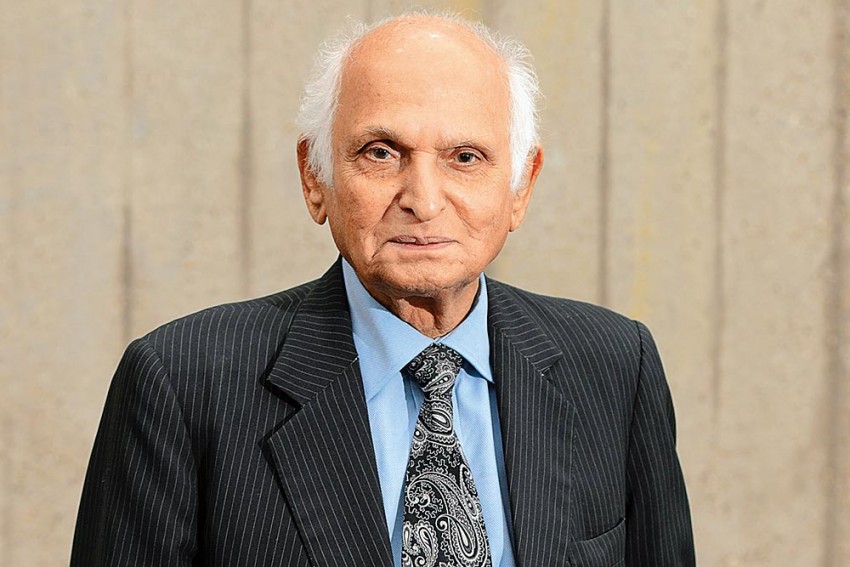 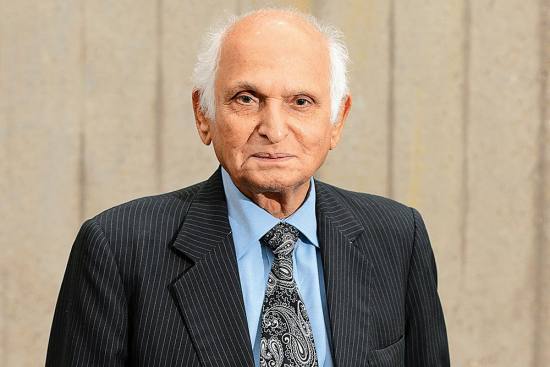 A wonderful book deserves a stu­­nning cover, and Day and Dastan has one. On a pure white ground stand green trees, their crowns formed of round patterns from illumina­ted manuscripts. On one a stylised bird stands ready for flight. Birds and trees were very important to Intizar Husain.

Day and Dastan are two novellas, but Husain’s friend Nasir Kazmi, on whom he based the main character in his famous novel Basti, saw clearly that they formed a ‘single fractured narrative’. Even this seems an inadequate description. Husain learned storytelling from that great cultural treasure-house—a grandmother. In the tradition he imbibed from her, space is unbounded, time is fluid, thinking  flexible and boundaries are porous. So these two novellas share one ethos and are beautifully and subtly linked in very many ways.

Day is, if you like, the alaap, before the drut teen taal of Dastan. It transports you to a time when there was plenty of time, to a neem-shaded haveli at the height of summer and childhoods secured by an array of older relatives. The two children, Zamir and Tahsima, climb trees together, eat desi ice-cream from leaf plates and are mesmerised by reptiles. The child’s imagination is by nature open to all kinds of stories and imaginings, but their Tai Amma is the champion storyteller. Her stories or dastans were not just of djinns and ghosts, but of family elders. So, Day can be seen as  a domestic dastan told in everyday language, and like a true dastan there are stories within the story of Zamir and Tahsima, hints of modernity and politics. The news of the death of Maulana Mohammad Ali, leader of the Khilafat Movement, fixes their childhood at 1931, and as they grow the haveli is disrupted by new power equations and ways of life.

Omens, messages from the stars and dreams full of portents are part of life. The world is a ‘workshop of wonders’. Who’s to say what is not possible? It’s also full of Indian symbols.

Despite all this, the magical remains close. Omens, messages from the stars and dreams full of portents are part of everyday life. The world is, as Husain’s characters repeat, “a workshop of wonders”—who is to say what is and what is not possible? Men can be blown away in a dust storm, and King Inder holds court. It’s also a world full of Indian symbols. Characters call on the Ganga, Yamuna, Saraswati and the seven daughters of the Indus, neem and tulsi grow in the courtyard, the monsoon is marked by the recitation of the epic tale of Alha and Udal. This Shia family’s faith in Hazrat Ali, whom they call on to untie the knots of their problems, and the mourning month of Muharram, marked in uniquely Indian traditions, are two of the many threads that unite the two novellas. This Indian Shia tradition comes even more to the fore in Dastan.

Intizar Husain’s imagination takes flight as, with obvious enjoyment, he creates galloping tales of fantastic exci­tement, adventure, suspense, war and love. The starting point may be in historical time with a hakim, whose collection of written dastans was looted when he migrated to Pakistan. But we soon ‘break the barriers of time’ and leap to a sweep of adventures surrounding the Great Uprising of 1857—another time, like Partiton, of dislocation, disru­ption and death. With a general of the defeated Indian forces, we race in the pursuit of a red tower built by Sher Shah Suri spinning like millstone in a throbbing desert, and ride into battle against the Black River of time itself. A hero naturally has a parrot as advisor, while a riderless horse and veiled horsemen storm through. The greatest of the many horses in Dastan is the one that Imam Hus­ain rode to martyrdom in Karbala. The translators were faced with a formidable challenge to bring to English a text so imbued with the style and vocabulary of dastans and the marsiya poems and lilting nauha laments of Muharram. To give just one example, the Urdu phrase ‘asb-e-vafadar’—the faithful steed, immediately brings to mind Imam Husain’s horse and carries a thousand connotations. Alok Bhalla and Nishat Zaidi have done admirably, as Bhalla puts it, to pitch the “rhythms of Dastan slightly above ordinary and mimetic speech so as to convey the sense of the uncanny, the mysterious, yet plausible, which influences human destiny”. Zaidi’s thoughtful intro­duction also adds to a deeper unde­rstanding of the text.

One such insight is Intizar Husain’s conviction of the necessity of cherishing nature, especially our birds and our trees,  if human civilisations are to survive. In Dastaan he tells us to rem­ember the forests cut down  to build cities—“each tree was a city, each leaf a neighbourhood”.