This new volume edited by a descendant of Hali has produced an admirable English translation. 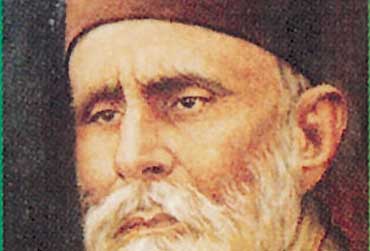 Unreconciled to the loss of the Mughal Empire, Urdu writers and poets clung to their faith as the badge of what they had once been and dreamed of being again. The post-1857 decades were haunted by memories, some angry, most sickening. Even though the Panipat-born Altaf Husain Hali (1837-1914) wrote his famous poem Madd-o jazr-i-Islam on the ‘ebb’ of Islam, he was the most renowned of a few who dared to break free from the general run of writing in that phase of Delhi’s history. He was for a new start in politics and society as much as in literature. He believed in the irreversible movement of modern civilisation, arguing that only by contact with the West could life and vigour flow back into India.

In the Musaddas, Hali turns nostalgically to Islam’s glories, laments the decline of Muslim civilisation, and the lethargy of contemporary Islam. The poem brought back to life the society of their time far better than any scholarly construction could. No wonder it was recited at political and educational conferences and featured in bold calligraphy on the...