Even though he has since proved his credentials on screen, Dulquer Salmaan has to toil hard before he can even think of matching the stature of his father in Malayalam cinema. But a couple of hits in Hindi may well be an open sesame to a career for him in Bollywood. 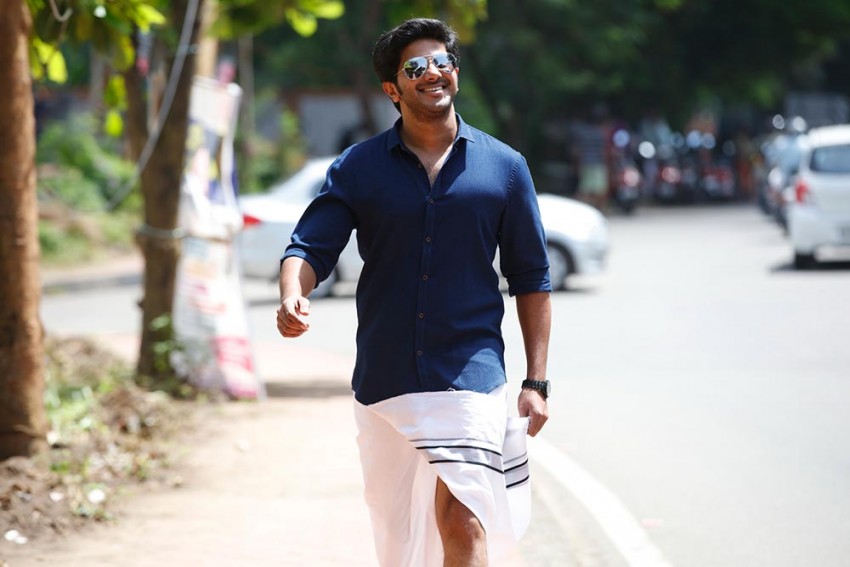 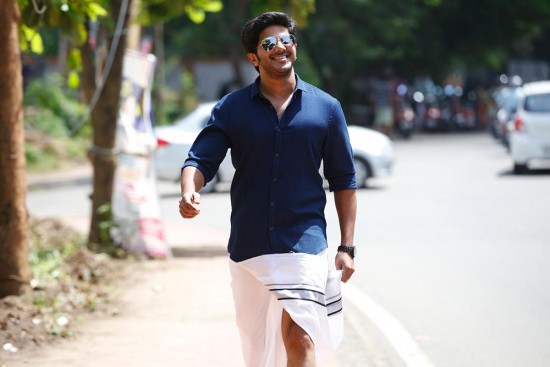 Until a while back, Bollywood’s implied claim of being a pan-nat­ional cinema also came from having sedimented a range of stereotyped, ‘Hindi-ised’ ton­gues for every major Indian reg­ion or identity. You had Punjabi, Parsi, Gujarati, Bengali and, of course, “south Indian” as representative flavo­urs offered in Hindi. Then, on occasion, a theatrical warrior from other, ­no-less spectacular woods would cross the Vindhyas to make the valiant bid—to leave a mark in, if not conquer, this sub-consciously self-proclaimed nat­ional space. The accents reversed when it happened, with Hindi being spoken with that ‘south Indian’ lilt rather than the other way round. Memory throws up Rajnikanth’s various supporting roles, Kamalahaasan’s heroic forays and just the few Mohanlal performances. Even Mammootty, the other Malayalam superstar, had made a Bollywood bid back in the ’90s.

Now, almost two decades since, Mammootty’s talented son Dulquer Salmaan is making his Bollywood debut with Karwaan, which is slated for an early-August release. But the landscape has changed since: Bollywood formulas have finally given way to content-centric cinema. So, the Hindi film plot looks more like the ‘Indian’ film plot now, a space where diverse identities are ­accommodated more. And unl­ike the heavyweight ‘South to North’ crossovers from the past, which came with their own melodramatic expec­tations, Dulquer seems to have slipped into Bollywood mode rather smoothly.

Curiously, while actresses from the south, right from Vyjayanthimala and Hema Malini to Rekha and Sridevi, scaled greater heights of popularity in Hindi films one after another, their male counterparts failed to script similar success stories in their heyday. Barring Rajnikanth and Kamalahaasan, who had limited success in the Eighties, no other star from Tamil, Telugu, Kannada or Malayalam cinema could enc­hant the Hindi audience. From M.G. Ramachandran and Sivaji Ganeshan to N.T. Ramarao, none of the acting greats could hold the north Indian audiences in absolute thral. Not even Dulquer’s father, Mammootty.

His Bollywood debut happened in 1993: a tailor-made role in Dhartiputra. But the movie sank without a trace at the box ­office, forcing the southern superstar to make a hasty retreat to his familiar turf.

Dulquer does not appear to be carrying any baggage of his father’s astounding legacy. “My only intention is to do good and memorable roles in whichever film industry I work,” Dulquer tells Outlook, betraying no pre-release jitters. 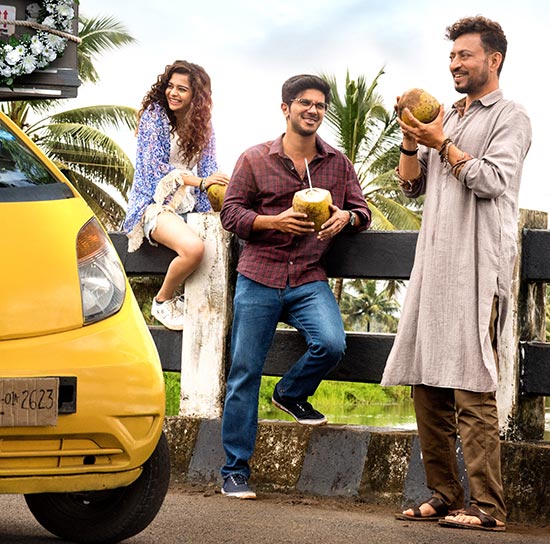 “I am a huge fan of ­Irrfan, so working with him was naturally very exciting,” says Dulquer about his illustrious Karwaan co-star.

The 32-year-old star, who made his acting debut in Malayalam cinema in 2012 with Second Show and went on to deliver other hits, does not consider his foray into Hindi cinema to be one big career leap or transition. “I am not looking forward to shifting from one industry to another as such,” he says. “Malayalam cinema will rem­ain my primary focus, but I would like to do interesting work everywhere, and I hope people will like it.”

Known for choosing his films carefully, it would have been difficult for Dulquer to do a predictable masala movie at this juncture from the B-town’s old and stale factory. Fortunately, in Karwaan, he found a tailor-made script about a roller-coaster road trip of the three protagonists played by Dulquer, Irrfan Khan and Mithila Palkar. During his father’s days, a mushy romance or a violent revenge saga may have been the safest Bollywood launch pad for a regional star. But many years later, his son had no qualms in picking up an unconventional dark comedy rather than trying out anything trite from the old school of storytellers.

Dulquer, however, thinks that preference for refreshing and original content is a universal phenomenon these days. “Content is equally important everywhere, be it Hindi cinema or down south,” says Dulquer. “Everybody looks for an original idea, a fresh storyline.”

Besides, Dulquer is aware that Hindi cinema is not what it used to be when his father had made his Bollywood debut. “The Hindi film industry is much more organised nowadays. It is much more professional and has adopted a very wes­tern and corporate culture—it’s certainly a far cry from the time my father did Dhartiputra,” he says. Elaborating, he points out that he completed Karwaan in just 34 days while his last Malayalam movie had taken 55 to 60 days. “In the 1990s, it was certainly the other way round.”

Dulquer is proud of the fact that the Malayalam film industry keeps churning out some of the best films despite being much smaller in size than Boll­y­w­ood. “Even this year, many Malayalam movies got National Awards and the ind­ustry continues to offer varied content to artistes as well as the audiences.”

But then, one wonders whether being a star-son helped Dulquer or was it a burden of sorts, since he had to live up to huge expectations from his very first movie?  “It’s true that you get a few opportunities because you are a star kid, may be one or two chances,” he says. “But after that, it is your film and your work that will carry your career forward.”

Dulquer feels that the star-kid adv­antage was that people already knew of him and identified him in an instant in the initial acting days. “But beyond that, you have to work genuinely for the audiences to like you,” he says. “It is one job which nobody else can do for you. You have to do it for yourself. In front of the camera, you are as good or bad as any other ­newcomer, with all your strengths and weaknesses.”

As the release day of Karwaan draws closer, Dulquer says that he is not at all nervous about his maiden Bollywood movie. “I think it is a good film. It has ­really come out well as a sweet and honest film. I am quite excited actually and I’m feeling good about it.’’

One high point for Dulquer in this film was that he got a chance to work with Irrfan. “I am a huge fan of Irrfan, so working with him was naturally very ­exciting,” he says. “He was as amazing as I had thought him to be. He was always excited to work.”

Dulquer reveals that Irrfan plays a lovely character in the film, which everybody is going to love. “He is simply amazing to work with, full of nice energy. He has added his own take on the character,” he says.

The news of Irrfan’s recently diagnosed illness came as a big shock to Dulquer. “We had wrapped up the shooting in September-October last year,” he recalls. “At no time did we realise during the shoot that he was ­unwell. We are all praying for his speedy recovery. He may not be part of the film’s promotion but he is sending out his wishes from England, from where he continues to be positive.”

Even before Karwaan’s rel­ease, Dulquer has already signed director Abhishek Sharma’s The Zoya Factor opp­osite Sonam Kapoor, which is based on a bestseller by Anuja Chauhan. “It is also an interesting script. I will commence its shoot from next month,” he says. “Later this year, I will be doing a Tamil and a Malayalam movie each.”

Interestingly, being an actor was not part of the plan for Dulquer until much later. In fact, he obtained a degree in business management from an American university and did a few jobs abroad bef­ore he got to know that acting was his true calling. “Initially, I tried to stay away from the movies, but destiny brought me here. Ultimately, I realised that I was suited more to the creative world of cinema than all the jobs that I had been doing before.”

Once back in India after higher studies and some work, he enrolled himself in Barry John’s acting classes in Mumbai before starting his career in Malayalam films. In 2015, his Bangalore Days turned out to be one of the biggest grosser in Malayalam cinema and he also got the opportunity to work with Mani Ratnam in a Tamil romantic drama, O Kadhal Kanmani, the same year.

Even though he has since proved his credentials on screen, Dulquer has to toil hard before he can even think of matching the stature of his father in Malayalam cinema. But a couple of hits in Hindi may well be an open sesame to a career for him in Bollywood, which is still waiting for somebody from the south to stride it like a proverbial Colossus.

The Mahabharata In 100-Odd Murals