The Hand That Shades This Cradle 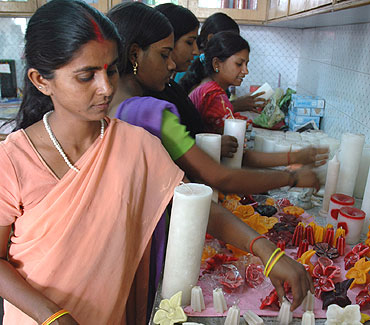 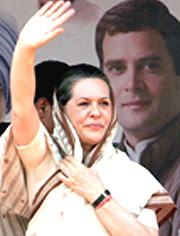 Though Rae Bareli is yet to emerge from its small-town image, no one in the lanes of this pocketborough of the Nehru-Gandhis has any doubt about where Sonia Gandhi’s commitments lie. Among the other traditions Sonia has been following here is ensuring there is all-round development in Rae Bareli—something her mother-in-law Indira Gandhi started four decades ago. That was when she set up the first industry here—a unit of Indian Telephone Industries (ITI). It was declared sick a couple of years ago and faced a shutdown. That’s when Sonia stepped in and got a special Rs 310 crore package for its revival. 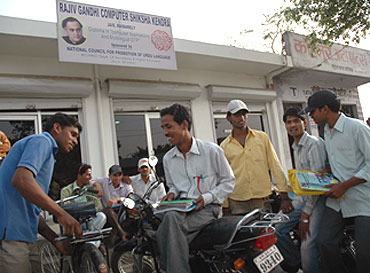 During the post-Indira period, when Arun Nehru and later Rajiv Gandhi’s friend Satish Sharma inherited the seat, Rae Bareli remained rather dull on the development front. It was the coming of Sonia, who first contested from here in 2004, that brought about a transformation in its profile, be it through the setting up of the National Institute of Fashion Technology (NIFT), the Footwear Design Development Institute, the Indian Petroleum Technology Institute or India’s third railway coach factory. In addition, she has worked for the setting up of schools, colleges, Industrial Training Institutes (ITIs) and computer training centres that have sprung up with direct or indirect assistance of the central government.

Sonia’s concern for good roads has been noticed from time to time. And her periodic visits to different parts of Rae Bareli helped her keep abreast of the ground reality. In 2005-2006, Sonia got a special grant of Rs 250 crore out of the central pool for roads in and around Rae Bareli. Concerned by the deplorable condition of roads, reflecting large-scale pilferage of funds, she shot off a letter to then chief minister Mulayam Singh Yadav, who promptly got his younger brother and then PWD minister Shivpal Yadav to set up an inquiry, following which not only were several local officials suspended but firs were lodged against as many as 77 of them for gross financial bungling.

Of late, she has also got the Lucknow-Rae Bareli-Allahabad road declared a national highway, for the upgradation of which an initial grant of Rs 313 crore has already been sanctioned by the Centre for work on the first stretch of 118 km, while the remaining 100-km stretch is to be taken up in the second phase.

As the power situation worsened during the Mayawati regime, Sonia clearly went out of her way to provide respite to the local population by linking Rae Bareli directly to the National Thermal Power Corporation’s newly commissioned 210 MW unit at Unchahar, in Uttar Pradesh. "As against a daily cut of 12-15 hours, sometimes more, today we are blessed with at least a 21-hour supply," says Suresh Pratap Singh, a second-year college student.

On the health front, besides the periodic visit by ‘Lifeline Express’—a special hospital-on-rails—Sonia has also been instrumental in getting a mini trauma centre set up at the local district hospital. She has also arranged for the setting up of telemedicine facilities sponsored by the Gas Authority of India, which already has its presence in the constituency through the Gas Pipeline Technology Institute.

In Rae Bareli, it is not easy to find someone who would be willing to find fault with Sonia. Only a few supporters of BSP nominee R.S. Kushwaha harp on the closure of industrial units within a few years of their inception in certain parts of the constituency. Kushwaha’s entire campaign was directed on these lines because he has nothing else to say against the Congress president, who is often accused of doing too much in her pocketborough when the rest of the state is being neglected by her.