The Green Is My Village

Chikka grew up next to a golf course near Bangalore, swinging a club made from a branch. Today, he’s a champion. 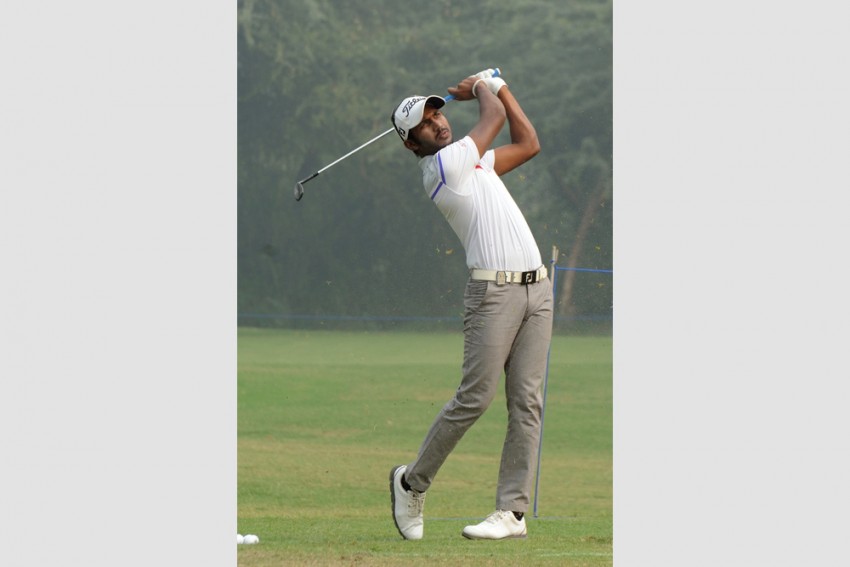 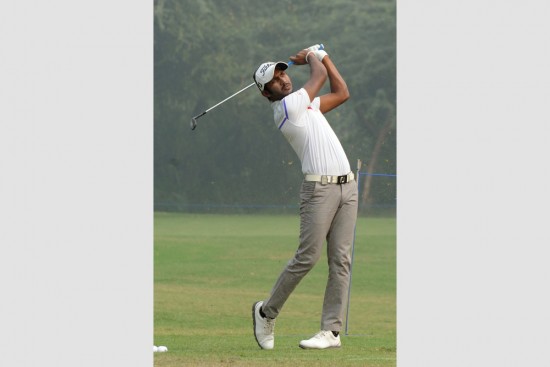 The win at the India Masters late last month couldn’t have come at a better time for Chikka—or S. Chikkarangappa, golfer extra­ordinaire. The 22-year-old says the victory will boost him for the rest of the Asian Tour season. But it was no cakewalk—and he happened to be playing at the Eagleton Golf Resort, which he considers home. “This course is like a mother to me, so I can’t bear the thought of losing here,” he said after the match. “So I didn’t want to let it go till the very end.”

It’s the course on which Chikka first saw a golf club being swung, as a 10-year-old. Some 33 km from Bangalore on the road to Mysore, the course happens to be close to his village Rangegowdanadoddi. The boy would gather up straying golf balls, pocketing about Rs 60 daily for his efforts. He’d hand the money to his mother. Today, he leads the Professional Golf Tour of India’s order of merit and has taken home Rs 26.3 lakh in prize money. It has been a long trajectory of wins—he’s been winning since 11, been India’s top junior, and, at 16, was the youngest to become the Amateur Cham­pion of India. He turned professional in 2013, and last year, he won three titles.

“The India Masters win is really, really important. Since I moved to the Asian Tour, I’d been finishing 25th or 30th.... It came at the right time,” he says. He has a packed schedule ahead: playing the Asian across Singapore, the Philippines, Thai­land and Vietnam till December-end and, in between, the last two events of the PGTI season in Calcutta and Jamshedpur. He enjoys back-to-back events and all the travel. The memory of first tournament he travelled to, a decade ago, still gets him laughing—he was going to Ooty, and went there expecting snow. As he recollects, for people from his village, a trip to Mysore was akin to going to Malaysia, and well-wishers who warned him about the weather in Ooty really had no clue.

That tourney was beginning of the birdie flight of a boy who had fashioned his first club from a branch to practise the shots he saw played at the course. His parents—his father Seenappa is a mason and mother a housewife—wanted him to get an education and pick up a job. But he quit after Std VII to become a full-time golfer. Golf is no longer just a rich man’s game, with more and more youngsters of all backgrounds taking to it. But it still isn’t easy for amateurs and pros alike to find sponsors—leave alone caddies or ground assistants who take to the game. Hero Son With his parents, after winning the India Masters tourney. (Photograph by Deccan Herald)

“Only he (Chikka) and I know what it took for us during the initial part of our journey,” says Vijay Divecha, 60, who met Chikka as a ballboy looking on with great interest as he was coaching top juniors from the south sometime in 2004. “I’ve been asked what I saw in him—did I think he was talented?—and various questions. What I saw was the look in his eyes. That told me everything.” Divecha had trained many juniors before that, including Anirban Lahiri, currently top-ranked on the Asian tour, and has also headed the South Zone Junior Development Prog­ramme. Among the many things that went in Chikka’s favour was the support from the club owners, who, in his own words, “made me feel like a part of the family”.

“One of Chikka’s qualities is that he thrives under pressure,” says Divecha. “My thoughts are now on the fact that he has to establish himself on the Asian Tour and we are working towards that goal.” That means the young golfer gets to spend very little time at home—actually, his folks have missed much of his childhood. Do they discuss his game? “Not really. I’ve made them understand the basics of the game, but they say you just need to tell us how you did in the tournament and we don’t want to put you under more stress,” he says. But they’ve taken to watching golf tournaments on television.

Chikka also keeps in touch with Rahul Dravid, whom he met at the GoSports Foundation, a not-for-profit which aims to create future Olympians. “He helps us to dream bigger and do better. I mean, we know how to play already, but we need the right inputs at the right time,” he says. As a sportsman, Chikka says he’s looking for ways he can be creative. “It’s like how everybody has their own unique handwriting. I wanted to create my own way of playing...like chipping, like going for a short game...learning new shots by myself, just by practising...that’s what is creative. It’s like learning new words every day.”

That brings us to his struggle with English. While he spent hours on the greens, he also put in as many learning English—coach and player initially used sign language with each other because the young lad spoke Kannada and Divecha didn’t. “I always took it as a challenge and never felt bad about it or embarrassed or anything. I knew I was weak in it but then I wanted to get on top of it. I’m ready to face anyone today,” says Chikka. As golf goes, he like to meet Rory McIlroy and Jordan Spieth, the top ranked players in the world. “More than meeting them, it’s about playing with them. That’s what my goal is...to compete with the best in the world.”

He’s called ‘Chipputtsia’, after his short game, and has two European Tour wins to his credit—in 2008, on his maiden appearance, a first; and in 2011, when he gathered his biggest Euro tour prize of 3 lakh euros. He began golf by sneaking into the Royal Calcutta Golf Club, where his father was a greenkeeper. Graduated to caddie, then a golf career.

Rashid won twice at Asian Tour tournaments in Delhi and Thail­and in 2014. The year before, he had two top-10 finishes. He was also on the silver-winning Indian squad at the 2010 Asian Games. Khan began golf at nine, introduced by his uncle Maqbool Khan, a caddie-turned-golfer. The Delhi Golf Club nurtured his talent. He’d bunk school to be there.

Topped last year’s Order of Merit in the PGTI, taking the McLeod Russel Tour Championship, his biggest win so far. Das’s family lives close to the Royal Calcutta Golf Club and he started off as a ballboy. Lost his father at 13. Prac­tised with a homemade club till his mother borrowed money to buy him a real one. His elder brother Manik caddies for him.

This Bihar lad was the PGTI Order of Merit winner in 2004 and 2007. He started off working in a polo club, doing odd jobs, before becoming a caddie at Delhi’s Air Force Golf Club. His fortune changed when he became caddie to Amit Luthra, the Asian Games gold medallist, who enrolled him in Delhi Golf Club for a junior programme.

By Ajay Sukumaran in Bangalore and Bidadi

No Room For Love