One beneficiary, clear and corporate. How the UPA played for political positioning. 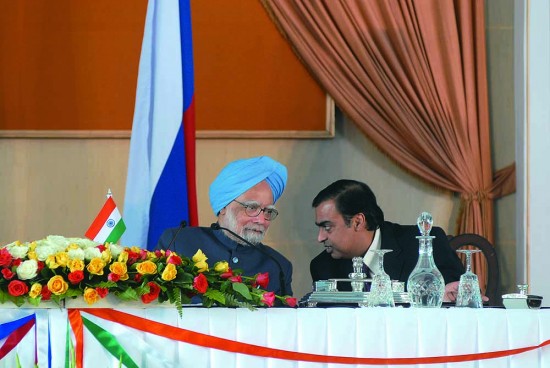 In the Niira Radia tapes, there’s this one delicious conversation the PR lady has with lobbyist Ranjan Bhattacharya. It was May 2009, and UPA-II cabinet formation was in full swing. Bhattacharya quotes Reliance Industries’ Mukesh Ambani as telling him, “Haan yaar, you know Ranjan, you’re right, ab toh Congress apni dukaan hai.” Apoc­ryphal or not, that earthy expression of ownership is relevant in the aftermath of the UPA’s recent decision to raise gas prices for five years, starting at a flexible $8.4/mmbtu—conceding a long-standing demand by India’s most powerful business house and its global partner BP.

This must be said because, apart from the Left parties and AIADMK, few even in the political establishment are raising obvious questions about this deal, of which Reliance, the country’s largest private sector gas producer, is the major beneficiary. The whole pricing exercise has been riddled with conflicts between the ministries of power, fertiliser, finance and petroleum; the formula has invited severe criticism; and there’s an attempt by the UPA to airbrush the obvious negative impact of the hike on the common man and taxpayer. Nearly everything will become expensive; or, obviously, the taxpayer will bear these subsidies.