You often see it on Twitter: identical words from a mass of handles, flowing as if from a factory. In Odisha, this rare planetary alignment was seen in print. Guess who the sun is… 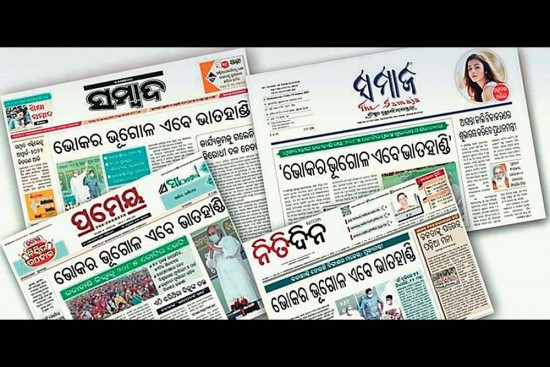 The media is divided, polarised and fiercely competitive—but four newspapers thought alike and were on the same page for at least one day. Also, it’s perhaps a first in history. People in Odisha were stupefied when they found Friday’s headlines for the lead story on front pages of four leading vernacular newspapers screaming in unison: “Bhokara Bhugola Ebe Bhatahandi” (The zone of hunger is now a rice bowl). The quartet that had the same brain wave, at the same time, were The Samaja, Sambad, The Prameya and Nitidina. A fifth, The Samaya, tried to be a little different, replacing ‘ebe’ (now) with ‘aji’ (today)!

The headline referred to how the Indravati irrigation project had changed the face of Kalahandi, the district once known in the country as a home of poverty, starvation and malnutrition. But it was too glaring to be taken as mere coincidence. Not just the headlines, even the texts read more or less the same, take a word here or leave a word there. It was obvious that the source of all four headlines was the same. May be the editors of the four newspapers just could not resist the temptation to use the catchy headline in the source material.