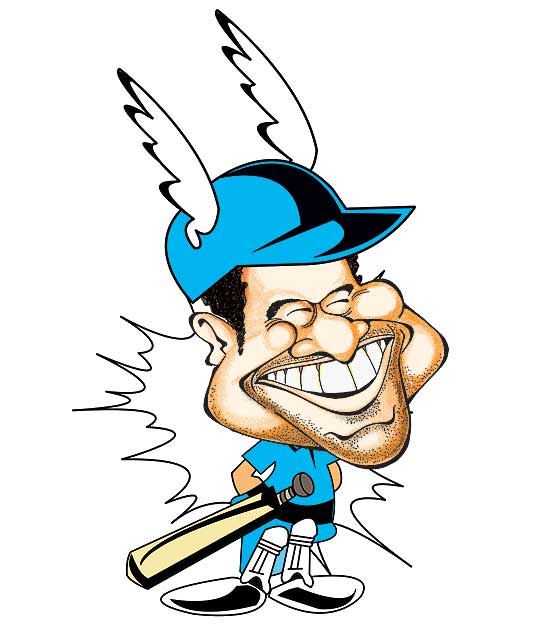 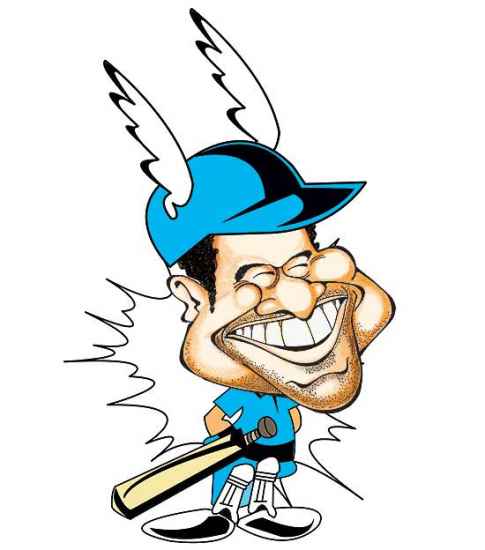 It’s not that the English don’t appreciate the genius that is Sachin Tendulkar. I assure you, we do (anyone capable of humiliating Shane Warne will always be adored in England). It’s just that we simply can’t comprehend, can’t fully grasp the sheer immensity of his status within India. Yes, we have a cult of sporting heroism with roots going back before W.G. Grace, but Tendulkar is clearly something more than a mere sporting hero. Quite what that is, I’m not sure, probably because I’m English. To this I must return.

As many readers will know—though it seems a distant memory now—Sachin Tendulkar first toured England in the summer of 1990 as a 17-year-old member of Moha­mmed Azharuddin’s talented Indian side. A fresh-faced prodigy with a fast-growing reputation as a plunderer of runs, he simply looked too youthful to be a Test match cricketer. What was he doing here? But soon, at Manchester, where he denied England victory with his maiden Test hundred, an innings of quite astounding maturity, he taught us a salutary lesson: if you’re good enough, you’re old enough. And he most certainly was.

Something else sticks in the mind about that series, and a curious one it is too. Tendulkar, then the youngest ever Test centurion, had, in the somewhat military form of the England captain Graham Gooch, a most unlikely counterpart. Gooch and Tendulkar were, of course, very different.  Markedly different, because Gooch had been a late developer in Tests who now, at 38, was at long last achieving near-greatness with (apologies for the remin­der) a ruthlessly accumulated glut of runs, including a masterly 333 in the first innings at Lord’s followed by a ton in the second.

But Gooch and Tendulkar, two cricketers at opposite ends of their respective Test careers and with 21 years separating them in age, had something very much in common. There were times during that unusually sunbathed English summer when, headgear and logos aside, their contrasting presences at the crease evoked some mythical golden age of cricket. Perhaps with Gooch it was more a matter of his Edwardian appearance. With Tendulkar, it was the sheer classicism of his batting itself. In their unique ways, both veteran and newcomer seemed glorious anachronisms.

Forward two years. Yorkshire County Cricket Club is searching for its first ever overseas player. The Australian fast bowler Craig McDermott is signed but pulls out of the agreement a month before the season due to a groin injury. Now, let me emphasise: Yorkshire was not only seeking its first overseas player; the club was seeking its first (officially at least) non-Yorkshire-born player in over seventy years. A once-dominant force in English county cricket, by 1992 Yorkshire had become ridden with internal disputes and factionalism. It was a shadow of its former cricketing self. Though the voices of conservatism within the club, including former England fast bowler ‘Fiery Fred’ Trueman, railed against the very thought of it, majority pragmatism dictated Yorkshire’s all-Yorkshireman playing policy must now be jettisoned.

So, who would replace McDermott? The decision to recruit an overseas player had been controversial (Trueman had described it as “a bloody disgrace”) and whoever did would be a controversial figure. Yorkshire needed someone with character, diplomacy and equanimity in addition to exceptional cricketing ability. And that’s exactly who they got. Tendulkar’s record at Yorkshire was solid rather than spectacular (just over a thousand runs at an average of 40-odd) but far more importantly, he was loved and respected. For Yorkshire cricket followers—not always the most inclusive bunch—Sachin became “one of us”. He was a healing figure. That, in my book, should feature on the long list of his great achievements.

Traditionally, the English have favoured modest sporting heroes—the likes of Denis Compton, Leonard Hutton and Bobbys Moore and Charlton (Ian Botham hardly came from the same mould). Such figures seemed to embody an ideal of English manliness that was diffident, even self-deprecating, about its achievements. Yet, of course, the once-cherished notion that such qualities are inherently Anglo-Saxon is a ludicrous one. When the tennis-loving Tendulkar met Roger Federer at Wimbledon in 2011, the two sporting titans conversed for no less than an hour. Clearly, they had much in common. Afterwards, Tendulkar was asked his impression of the great Swiss. “What a humble guy!” was the reply, and it takes one to know one.

Given his near-God-like status in his country, Tendulkar’s legendary modesty and humility, in fact his entire demeanour, seems to us astonishing. In these days of Premiership footballers scowling, swearing and simulating with impunity, Tendulkar is a much-needed antidote, a welcome throwback to a time when sporting heroes readily understood that they were role models for their adoring younger fans. But how does he do it? How can such a burden of expectation sit so lightly on such low-lying shoulders? That he can do so self-effacingly is what makes him truly great.

There is a well-known photo taken at Lord’s in July 2002 just after Sourav Ganguly’s side had won the one-day series against England. As his charges hugged one another in triumph, Ganguly’s celebration was the more defiant gesture of removing his shirt and whirling it aloft, as if casting off any lingering vestiges of the imperial past. Here, at the traditional centre of the old cricket world, Ganguly was boldly flaunting the brash new image of Indian cricket. (His shirt-twirling was, of course, a pointed counterblast to Andrew Flintoff who had enacted a similar stunt months before in India. But a picture can tell more than one story). Whereas the excellent Ganguly felt a need for the extravagant gesture, Sachin’s runs (oh, and wickets) have always done the talking.

At the same time, with no whiff of Beckham-like style over substance, the understated, religiously devout Tendulkar is also a quintessentially modern (or, more precisely, postmodern) phenomenon. He is perhaps the most conspicuous product of the seismic changes that have occurred in the Indian economy and media over the last 20 or so years. In this diminutive genius, tradition meets the ultra-new.

“All geniuses,” wrote the great Trinidadian author C.L.R. James of Garfield Sobers, “are merely people who carry to an extreme definitive the characteristics of the unit of civilisation to which they belong.” And that, to me, is Sachin Tendulkar. He and the cult that centres on him represents much of what to the outsider seems so profoundly paradoxical about contemporary India, where a brazen hyper-commercialism practically unknown in Britain seems to rub shoulders, however uneasily, with the ancient, the sacred and the spiritual. When the English fail to comprehend the near-religious devotion bestowed upon Tendulkar, perhaps it is India itself we fail to comprehend.

That 1990 England/India series seems long ago, doubtless because it was. We are starkly reminded of Tendulkar’s staggering longevity when we consider the makeup of that England side which as well as Gooch included Alan Lamb and the victim of those four consecutive Kapil Dev sixes at Lord’s, Eddie Hemmings (for goodness sake, Eddie Hemmings, a cricketer born in 1949!). And when Sachin does finally decide to retire (and him, and only him should make that decision), it won’t just be Indians who will mourn his absence from the world’s Test arenas, the English will too. Until that day comes, we only wish he were ‘one of us’.

(Bateman is co-editor of The Cambridge Companion to Cricket)

He Played For India