The Fringe Seeks To Gain Width

The tax-on-ESOPs idea irks India Inc. Will the FM retract? 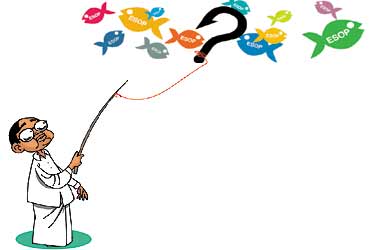 Every year, P. Chidambaram, as Union finance minister, bowls a few budget googlies. In 2004, it was the securities transaction tax that created a furore among investors. Next year, the fringe benefit tax (FBT) and the banking cash transaction tax irked corporates and individuals. In 2006, the FM raised the service tax rate by 2 per cent, and brought more services under its ambit. This budget, India Inc was stumped by the imposition of FBT on Employees’ Stock Options (ESOPs).

Says an unhappy Nasscom president Kiran Karnik: "It just doesn’t make sense. The proposal doesn’t look like it’s been clearly thought out—it is full of confusions." Wipro’s CFO Suresh C. Senapathy feels the tax is "inappropriate and untimely in an environment when the knowledge industry requires focus on building, attracting and retaining talent". In India, ESOPs are the most favoured HR tool to woo employees, especially in IT and BPO segments, known for high attrition rates. For instance, Infosys has issued over 30 million shares as ESOPs at an average price of Rs 850-900 per share.

Clearly, Chidambaram thinks his tax is justified. During post-budget meetings with the media and CEOs, he said "once you concede that ESOP is a fringe benefit, it will have to attract the FBT. The argument that tax on ESOPs will affect the ability of a company to retain talent is misplaced." His advisors maintain that the knowledge sectors, growing as they are at a brisk pace, merit little need to over-incentivise. (This is also the logic behind the decision to bring software firms under the MAT, or minimum alternate tax, net by 2009.)

Experts feel the impact of the tax on larger firms like Infosys and Wipro will be to the range of 1-3 per cent of their earnings. This is because they either offer restricted options or have stopped them. But the effect will be more for mid-sized firms and start-ups. Notes Karnik: "ESOPs are critical for start-ups to attract people. Without this option, why would anyone join a start-up? ESOPs imply the principle of spreading ownership. By imposing a tax on them, you are disincentivising it." More importantly, the employees will end up paying the tax as firms will pass on the burden to them.

What has upset the industry is the complexity and uncertainty in calculating the tax. Amar Chintopath, ED and CEO, 3i Infotech, a midcap software firm, deems the burden as "unpredictable". The reason, explains Balakrishnan, is due to two unknown factors—the date the options are exercised, which will depend on the employees, and the stock price on that day, which will depend on market forces. Both these aspects will come into play as FBT will be calculated on the difference between the price at which ESOPs are issued and the market price on the day they are exercised. As of now, no one knows of the underlying formula to calculate FBT on ESOPs.

Therefore, CEOs are waiting for critical details like the tax rate, methodology, applicability on existing options and the treatment for non-resident employees. It’s also unclear how the tax will be calculated for unlisted firms. Asks Manoranjan Mahapatra, president and coo, Aricent: "It’s easy to calculate the market price of listed firms, but what about a private firm like ours? And some offer, what are called, pseudo stocks or phantom stocks. Will they too attract FBT?"

Nasscom and software/BPO firms also hope they can convince the FM to introduce the tax on a prospective basis and leave existing ESOPs—even if they have not been exercised—out of FBT. If he doesn’t agree, the impact on earnings may go up to 10-20 per cent. Says Ananda Mukerji of Firstsource, a BPO firm that’s issued ESOPs comprising 40 million shares to 1,000 employees: "You can’t impose a tax with retrospective effect."

The IT industry is agitated about some of the other claims the FM made during his post-budget meetings. He said ESOPs are generally given to senior executives. But managements contend that the options are spread across hierarchies. At Firstsource, they are given to all team leaders at all levels. At Infosys, where Narayana Murthy’s driver is believed to have become a crorepati by exercising his ESOPs, they are offered to freshers too.

Another rationale given by the FM to justify the tax was that there was a rethink on ESOPs in developed nations like the US. Three years ago, the US decided to tax ESOPs at the corporate level. Last month, the Congressional Budget Office sought the removal of the tax advantages enjoyed by ESOPs, compared to other qualified retirement plans. Such changes, its bulletin noted, "would increase revenues by $0.4 billion next year and by $3.9 billion over the next five years."

What Chidambaram didn’t mention was that the American industry was up in arms against the CBO’s proposed move. A letter written by the ESOP Association to the CBO stated that research shows "companies with ESOPs are high-performing, and benefit the employees greater than companies that do not have employee ownership." A study by Steven Freeman of the University of Pennsylvania said "research confirms that employee ownership... leads to increased firm productivity, profitability and longevity."

Added the study, which went into the impact of ESOPs in the US over a 30-year period since they were introduced in 1974: "Evidence suggest that combining employee ownership with increased employee participation may generate astounding returns on investment. Employee ownership is also associated with considerably greater employment stability. And, in firms that simultaneously increase worker participation in decision-making, the result is increased job satisfaction, organisational commitment, identification, motivation and workplace participation." Therefore, the Indian firms argue that the tax on ESOPs will curtail the country’s transformation into a global knowledge hub. It will hamper the growth of start-ups, which are generally the innovators and changemakers. Finally, it will lead to an exodus of employees and that will hurt India’s current competitiveness in sectors like software, BPO, R&D, animation and pharma.

Given these, India Inc is hopeful that the FM may either withdraw the proposed tax, or at least dilute its impact to a large extent. As Wipro’s Senpathy puts it: "We are working with other players to make suggestions to the FM so as to continue employees’ participation in the growth of the sunrise sectors."