The Fork In Thy Hand

As the new-age executive plays catch up, finishing schools flourish 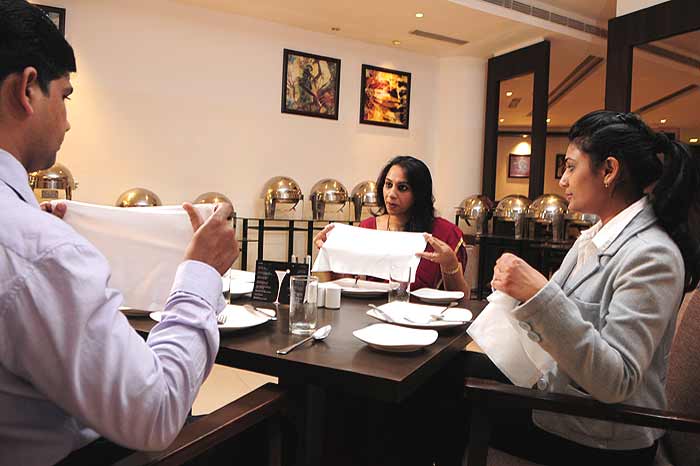 You Know You’ve Goofed Up If...

Ever tried mastering chopsticks watching YouTube videos? Well, Roop Atwal did but it left her with two sticks and not a lot of noodle. The would-be-entrepreneur from Chandigarh, however, wasn’t deterred. She even mulled flying off to a Swiss finishing school for a hands-on course, and she had her reasons. Apparently, a friend had “stuck out like a sore thumb among Japanese clients because he was the only one not using chopsticks.” That too, at an official dinner. “I don’t ever want to be at a loss like that,” the twentysomething reasoned.

But amid visions of Swiss cheeses and a Maria Von Trapp looking askance, Roop came across an option much closer home. Grace Finishing Classes was just a stone’s throw from her house. Owner Harleen Sekhon has seen it all—she’s hand-held many aspiring entrepreneurs and professionals like Roop through corporate niceties. She even has a module specifically made for them, CorporateSmart. “It’s not enough to be technically sound and qualified—employees today must look the part, fit into the work culture, walk and talk right to connect with customers and develop relationships at the workplace,” Harleen says. As she spreads out no-fuss shirts, scarves, skirts, trousers and shoes, she rattles off a no-do list: no gaudy make-up, party heels or see-through clothes. And after class, Harleen duly assigns homework: study the family dinner scenes in—there’s no escaping it—Sound of Music. 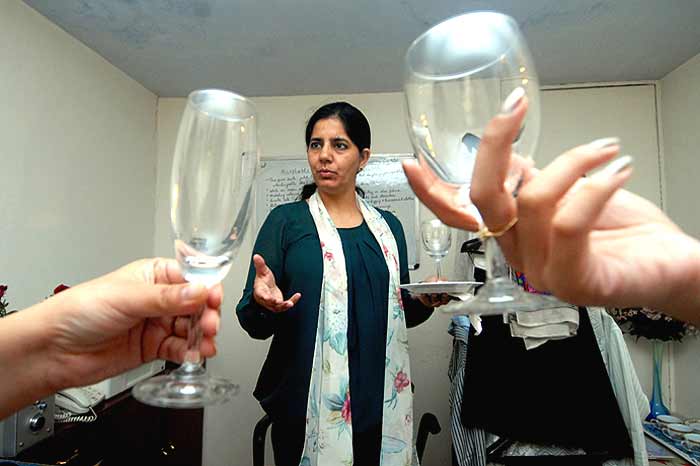 Not so long ago, finishing schools used to be for shy brides-to-be, rich wives and glamour girls, for all-important “polish”. Today, it’s laptop-lugging, BlackBerry-toting professionals from KPOs, BPOs, IT cos and a range of sectors that are walking into them. On cue, the number of institutes offering corporate etiquette training is also growing; and not just in metros. Many of Harleen’s students come from places like Patiala, Jalandhar, Ludhiana and Panchkula. “I take them out for practical sessions, say a lunch, and they ask me, ‘Am I holding the cup and saucer correctly, should I hold my wine glass by the stem?’” says Harleen.

In Ahmedabad, Ruchi Sharma keeps getting similar queries. Founder-director of My Aura: Image, Etiquette and Business Consultants, she has trained 500-odd people to date—and she’s only been in business for a year. (“These are not superficial makeover tips,” she says gravely.) Cross country to the east, Calcutta-based Neena Jha, programme manager at Shivam Knowledge Solutions, explains their strategy, “While there’s a large number of institutions offering professional degrees, there is a need now to produce industry-ready professionals.” Sensing an opportunity, her firm is opening three finishing schools in the next few months, in Calcutta, Bhubaneswar and Guwahati.

‘EQ’, she explains, has taken a giant leap from the Emotional Quotient of yesterday to today’s Etiquette Quotient.

Image is clearly serious business for India Inc. No wonder then that international bigwigs Lynne Marks of London Image Institute and Christina Ong of Image Mastery Academy, Singapore, both master image trainers, consider this a right time to test Indian waters. The duo will be in Delhi this November with their ImageAsia programme, a 12-day $12,000-per-person course to train image consultants. Arwen Mullikin, project manager for India (www.londonimageinstitute.com), says, “The customised coaching will include an ‘Indian dress day’ and a colour analysis specific to Asian skin tones.” The Indian dress day, informs Arwen, will cover dress codes for the Indian entrepreneur starting and marketing a business, students at their first job, even suggest how to dress for special events like media appearances.

Corporate codes like these have kept Minocher Patel occupied ever since he set up Ecole Solitaire, a residential finishing school in Pune, in 1998. But back then, people would respond with an artless “What’s that?” when the term ‘etiquette training’ came up. “Now, we don’t even have to market ourselves,” Patel says. Everyone worth his white collar, from CEOs to the newbie trainee, is up for a lesson or two in image styling, he says. Naturally, methods and goals of training differ. “For a trainee, we start from scratch—choosing the right clothes, grooming, presentation and conversation skills, body language and the dos and don’ts of corporate protocol. A senior person, on the other hand, already has the exposure. All he needs is to polish it up a bit: he might have a rough tongue, for instance, so you’ll work on communication.” 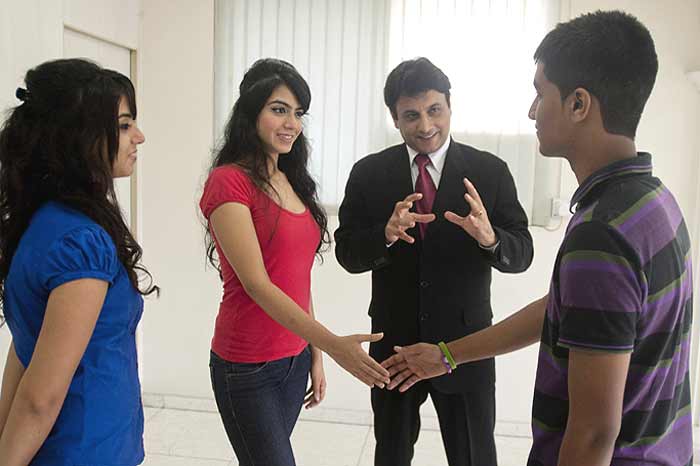 Communication, in fact, is the Achilles’ heel for most job hopefuls, says Vatsala Bhat, dean of Mysore’s Raman International Institute of Information Technology (RiiiT), a full-fledged residential IT finishing school. “We use audio-visual aids, role plays, quizzes, to draw out students, especially those from rural Karnataka.” The occasional Barack Obama video helps too. After all, it’s the little things that matter.

“Corporate etiquette is super-specialised now,” declares Kauser Khan, founder of the Bangalore-based Protocol. “Etiquette today doesn’t stop at crockery, cutlery and five-course meals. You must know how to be a host, a guest, what small talk to make at a formal dinner...for example, a decision is taken only at the end of the meal, over coffee. If you’re a guest, you should never offer to pay. Your guest should be seated to your right and not opposite you, which is confrontational.” ‘EQ’, she says, has taken a giant leap from Emotional Quotient to Etiquette Quotient.

It’s no surprise that Kauser’s ‘Competent Corporate Woman’ module is a runaway hit. “Our cultural and social conditioning is such that women in India carry their social image into their professional image. But the corporate environment isn’t man vs woman. One should know what non-verbal signals one is sending out—in the UK, for instance, holding eye contact for more than a minute sends wrong messages.”

Decoding signals, in fact, is vital in international interactions. Cultural sensitisation, it seems, is a must for those travelling abroad or dealing with foreigners. Minocher Patel elaborates, “An American might encourage an informal atmosphere at a meeting and crack a few jokes. But you won’t find a German doing this, though in the after hours, he will open up!” Ruchi recalls her tips for a businessman headed for Tokyo, “In Japan, it’s considered disrespectful to slip someone’s business card into your back pocket or scribble on it, because in their culture, it’s equivalent to writing on the face.” Kauser adds another pointer, “In China, it’s offensive to scratch your nose.” Power networking on the virtual plane has its own set of rules too. Ruchi’s rule of thumb is to avoid tweeting or posting remarks on religion, caste and politics.

Of course, all this acquired business sense doesn’t come cheap. A day-long session for entry-level IT employees could cost Rs 15,000-20,000, going up to the mid-level Rs 20,000-25,000; while 20 hours of power talk over 10 days could set you back by Rs 5,000 in a group, and Rs 10,000 in a one-to-one session. It’s evidently a small price to pay for those scaling professional peaks. For filling those shiny corporate shoes the best you can makes all the difference.