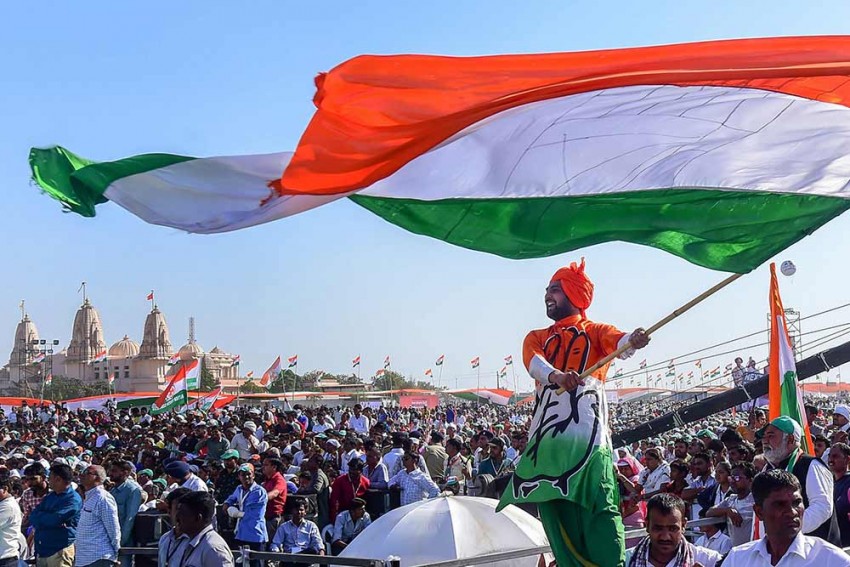 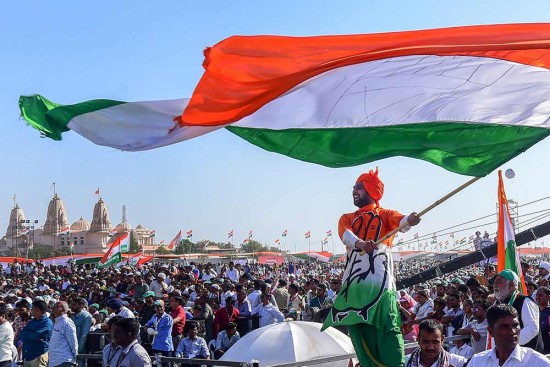 Politics, it is said, divides everyone but politicians, and a few social events that I have attended in Lutyens Delhi have in no way dispelled the perception. Mirth and merriment are never in short supply as leaders from across the political spectrum bury their hatchets over food and drinks. They invariably include rival politicians who would have come to the gatherings straight from TV studios after savagely targeting each other.

But far away from the rarefied Delhi circuit, there exists another political reality where niceties and camaraderie find little room. Here, the contest is no holds barred and brutal. With life and livelihood often dependent on the outcome, the fight is existential. How much of it is over ideology or the power and pelf that come with winning elections is debatable. But the fact that poll contests are more intense and inv­ariably at their vicious best on the ground among foot soldiers of various parties has never been in doubt.

Elections 2019 promise to be no different. The run-up to the Lok Sabha and a clutch of assembly elections will follow a predictable pattern, and be as colourful, boisterous and possibly divisive as ever. With polling dates announced, the bugle has been sounded and battle lines are drawn. It is now time for the slugfest to unfold across actual frontlines—far away from the comfort of party headquarters and TV studios—with the party faithful taking the fight right down to cities, towns, panch­ayats and 10 lakh polling booths spread across the ­expanse of this politically-divided nation.

Media coverage of elections in India is often dictated by the din of high-decibel electioneering and poll rhetoric. Star-struck as we are, election reportage is at most times subsumed by the he-said she-said kind, with sound bites of top leaders taking up most of the space and time on prime time news. We are also occasionally carried away by the vantage position we occupy as observers. The proximity it guarantees often makes us lose sight of the wood for the trees, and the big picture we often portray is opaque.

At Outlook, we have been seized of the complexities and challenges that election coverage holds for us. Besides keeping it simple and incisive, we have also consistently strived to stay above the clutter. Our endeavour has been to tell the election story differently so that it is refreshing and engaging at the same time. So, when the election dates were ann­ounced, our reporters spread across to report from hot spots—Kashmir to Sabarimala and NRC detention centres of Assam—to get a sense of the issues that could ultimately det­ermine the outcome of the polls. Soon after, we reported on the advisors and backroom boys—India’s Chanakyas—who abet and shape the political journeys of our regional satraps.

This cover story of ours is an extension of our thoughtfully crafted coverage tailored to give you rare insights into an otherwise chaotic world of elections. And it doesn’t get any more fascinating than at the frontlines where the foot soldiers of various political parties battle it out. Irrespective of what Narendra Modi, Rahul Gandhi, Mamata Banerjee or M.K. Stalin say or do, old wisdom says that elections are won and lost at the booth level. Needless to say, this election too will largely be determined by the millions of otherwise faceless but loyal party workers on whom lies the onerous task of carrying the leaders’ message and energising voters.

But who are these people and why do they do what they do, often at great personal risk? For many a worker of Mamata’s Trinamool Congress, busy staving off a political offensive from the BJP, it can all boil down to the question of life and death. A loss at the hustings could mean fleeing from home and loss of livelihood. The same holds true for a BJP worker in West Bengal’s rural hinterland where elections and violence go alongside. Or, for that matter, how do a worker of Akhilesh Yadav’s Samajwadi Party and a loyalist of mercurial Mayawati’s BSP reconcile after being sworn enemies on the ground for years, now that the two parties have forged an electoral alliance in Uttar Pradesh?

Apart from deciding the fate of our leaders, the elections also test the tenacity of grassroots workers. Largely anonymous and almost indistinguishable in the armies of foot soldiers, they truly make elections the spectacle they are. In the below stories, Outlook profiles a few for a better understanding of their fascinating world.

To read more stories on the foot soldiers, click here