Adventure, beauty, power, resourcefulness characterised CK Nayudu's cricket. There will never be another like him 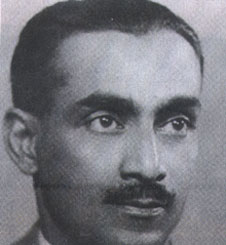 outlookindia.com
-0001-11-30T00:00:00+0553
Who is the greatest Indian cricketer of the century ? For me, undoubtedly Cottari Kankiya Nayudu. There are different orders of greatness. Some achieve greatness by sheer consistency of performance, some by spreading loveliness and beauty as they move along their path of glory. The former are super-technocrats and a side cannot do without them. The latter are super-artists who lift the game from, the rut to dizzy heights. Nayudu belonged to the second category.

Nayudu's greatness cannot be proved by statistics, or by computer rankings. Neville Cardus once called the scoreboard an ass. Had he been alive today, he would have perhaps called the computer a jackass. The attributes which marked out Nayndu's play - adventure, beauty, power, resourcefulness and individuality - cannot be represented by mere mathematical figures.

Over six feet tall, of athletic build and blessed with a sharp eye and strong and supple wrists, Nayndu was born to play cricket. His majestic personality was embodied in the way he played his cricket. His walk Tom the pavilion to the pitch has been described as most handsome in Indian cricket. "He came like a king and looked a king in his coming. "Even if he was out first ball " there was dignity in his duck': When as a captain, he came out to field with his team following him, he looked every inch a commander leading his troops.

Nayudu was universally popular with cricket crowds. Whenever word went around that Nayudu was at the wicket, office staff suspended work and schoolboys left their desks making a beeline for the ground where he was in action. If Nayudu stayed at the wicket for an hour, their day was made. A former Chief Justice of the Bombay High Court as recorded in his memoirs how he once contrived to have a case adjourned to enable him and the litigants to go to the Bombay Gymkhana to watch Nayudu play against the MCC in 1926. They were all amply rewarded. Playing for the Hindus, Nayudu hit eleven sixes and thirteen  fours in his score of 153, an innings described by Vijay Merchant as "the best I have seen in this country or elsewhere from the bat of an Indian". It was this innings which convinced the cricket authorities that Indian cricket had reached a sufficiently high standard to be granted Test status.

Nayudu was India's first Test captain (England v India at Lord's, 1932), the first Indian cricketer (Ranji, Duleep and Pataudi Sr were English cricketers) to be selected by Wisden (1933) as one of the five cricketers of the year. He is also the first cricketer to score over a thousand first-class runs on an overseas tour (England, 1932) during which he hit 32 sixes.

Apart from being a top-class aggressive batsman, Nayudu was a clever medium slow spin bowler and was highly successful on English wickets -116 first-class wickets in two visits, in 1932 and 1936. He was a fantastic fielder, and actually played a record 48 years of first-class cricket, hitting a double – hundred at the age of 50. Vijay Hazare once said that Nayudu "towered over all his contemporaries." In his legacy, he towers over all those who play today as well.

CK Nayudu is one of the nominees for the Electrolux Kelvinator Wisden Indian Cricketer of the Century Award.