No more than a rather insi­pid slice of the enigmatic Julian Assange's life. 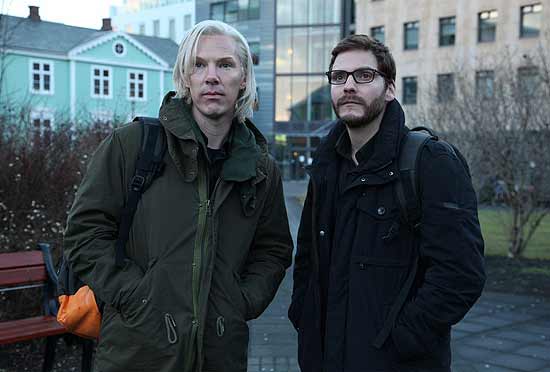 Based on the books Inside WikiLeaks: My Time with Julian Assange and the World’s Most Dangerous Website by former Assange associate Daniel Domscheit-Berg and WikiLeaks: Inside Julian Assange’s War on Secrecy by David Leigh and Luke Harding, The Fifth Estate remains no more than a rather insi­pid slice of the enigmatic infowarrior’s life. The facts are all there—the Afghan War logs, the corruption in Swiss banks, Julius Baer papers and his fallout with Daniel Berg. The film also comes at just the right time, when the media is in crisis, both in India and internationally. In fact, the film’s opening credits do place it in that context, as it shows the evolution of media, the urgency of a newsroom down to Newsweek’s #lastprintissue. Howe­ver, despite the details, the depth and thrill are missing. The talk of how investigative journalism is the first to go at the time of a squeeze and how an alternative forum, or the fifth estate, can plug the gaps left open in mainstream fourth estate does strike a chord. But eventually the debates—on whistleblowers and oppressive regimes, the search for truth and the free flow of information, the privacy of individuals and transpare­ncy of institutions—don’t offer any insights different from what is already known and discussed to death. Cumberbatch does score the goal with his hyper-energetic, zealous and eccentric turn in the lead. The film, unfortunately, does not.