Given the strand of eroticism in Indian art, this canker of intolerance is a gross incongruity 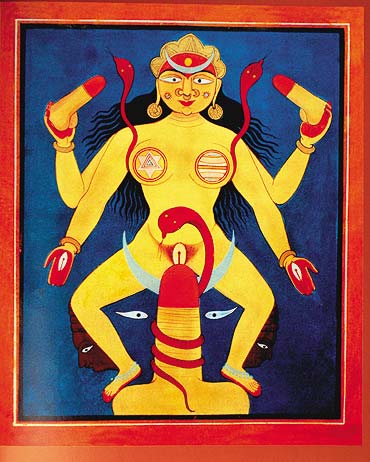 Textual descriptions are even more abundant. Both the Devi Mahatmayam in the Markandeya Purana (circa 5th century) and Shankara's Saundaryalahiri (circa 8th century), among the cornerstone texts for Devi worship, extol the beauty and physical abundance of the great goddess in head to toe descriptions. The Srimad Devi Bhagavat Purana (12th century), and the Kalika Purana (14th century) are rich narratives of the Parvati-Durga-Kali myths. One of them holds that parts of the body of the goddess fell on different places in India, rendering them shakti peethas or temple sites at which each part is worshipped. The yonipeeth at Kamakhya in Guwahati, where her vagina fell, is one of the most important such sites, and continues to attract thousands of pilgrims. In the Vaishnava tradition, the erotic divine female appears in the poetry of Jaidev, Bihari and Keshavadas, and in the efflorescence of north Indian miniature painting.