'From that very first day, the impression was given that somehow I wasn't part of the Congress. I have been a Congressman for so many years. I found it extraordinary.' 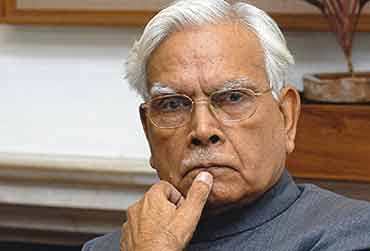 Last Wednesday, former foreign minister K. Natwar Singh's Teen Murti residence in Delhi had a desolate feel about it. The TV camera crews, parked there for the last one month, were missing. A sprightly white and black springer spaniel nosed around in the flower beds, oblivious of the fate that had befallen the master of the house. Barely three hours after submitting his resignation to the prime minister, Natwar Singh talked to V. Sudarshan. Excerpts:

Now that you have resigned as cabinet minister, are you at peace with yourself?
Certainly. I have withstood this extraordinary onslaught for more than four weeks for the simple reason that my conscience is clear. If my conscience wasn't clear, I'd have collapsed. As a matter of fact, the mudslinging has been extremely unseemly and very, very unfortunate for a civilised country like India. In no other country has anything of this kind happened.

Why did it take you one month to resign?
If I had resigned on the very first or second day, there would have been no national debate on the Volcker...