The Durjun In The Enemy’s Eye 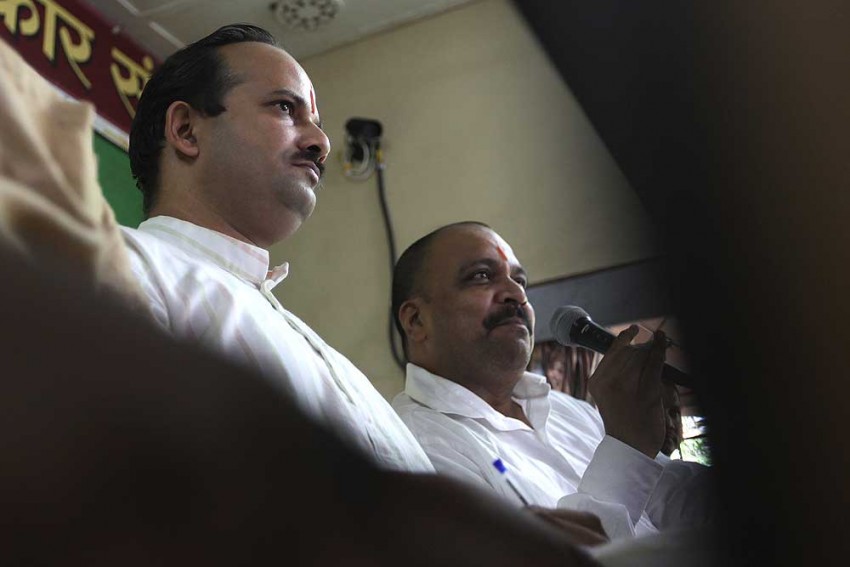 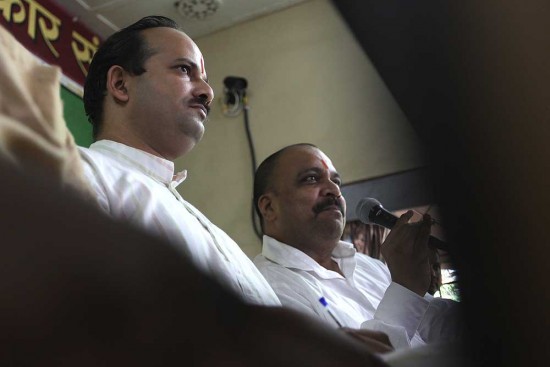 Narendra Dabholkar’s was a liberal, progressive voice that campaigned for a reasoned, scientific and argumentative outlook against religious dogma and blind faith. Among the enemies he earned in the process—self-styled godmen, men practising black magic and occult techniques, caste panchayats—the Sanatan Sanstha, a Hindu revivalist organisation with a strong presence in Goa and Maharashtra, was the fiercest. The outfit stands accused of being involved in multiple bomb blasts; a proposal for its ban has been pending with the Union government since 2009.

Malgonda Patil, one of the active volunteers (sadhak) of the sanstha who later died while planting a bomb in Goa in 2009 against a local tradition there, had on September 10, 2004, written a virulent article against Dabholkar and his organisation Andha­shraddha Nirmulan Samiti. “Samiti is anti-Hindu and should beware that Sanatan is the protector of Hindu religion—the punishment prescribed in the shastras for immoral kings is for them to be killed like a mad dog. We shall inflict the same punishment on Samiti,” he wrote. The article had appeared in Sanatan Prabhat, the mouthpiece of sanstha, published daily, weekly and monthly from four cities—Sangli, Navi Mumbai, Ratnagiri and Goa. Another sanatan sadhak, Yogesh Naik, also died along with Patil in the process of planting bombs. Four active sadhaks—Sarang Akolkar, Rudra Patil, Jai Prakash Hegde and Praveen Limkar—are still wanted for their alleged involvement in the blasts while six sanatan volunteers who were tried for playing a part in the Goa blast conspiracy were acquitted for lack of evidence by a court in January 2014. All wanted accused have Interpol red corner notices against them. According to the National Investigation Agency, the fugitives had participated in a weapons and explosives handling training at Ponda (Goa) and Jat, Sangli (Maharashtra), in August and September 2009.

In its publications, Sanatan alluded to Dabholkar as ‘durjun’ (evil person). The extremist Hindu organisation openly exhor­ted its followers to kill durjuns or adharmis, the terms it alternatively uses for those it considers as anti-Hindu forces. This, in fact, is what appeared Sanatan Prabhat in 2007: “We get so much pleasure by killing a mosquito, imagine the pleasure one would derive after killing an adharmi or durjun.” On August 21, a day after Dabholkar’s brutal murder, Sanatan chief Dr Jayant Athvale, hailed as ‘Param Pujya’ in a gloating front-page article in Sanatan Prabhat, wrote: “Births and deaths are predestined and everybody gets the fruit of their karma. Instead of dying bedridden through illness, or after some surgery, such a death for Dabholkar is a blessing of the almighty.”

Dr Athavale has written similar provocative articles in the past. In the weekly dated August 6, 2005, he wrote a piece titled ‘Be a Naxalite to Defeat the Enemy Naxalite’. Three years later, on March 7, he wrote an article titled ‘Hindus Have no Alternative than to Imitate Naxalites and Terrorists’.

Between February and June 2008, members of Sanatan Sanstha planted three different bombs at theatres in Panvel, Vashi and Thane (Maharashtra). One was in protest against the screening of Bollywood film Jodha Akbar, and the other two against the staging of Marathi play Aamhi Pachpute. The blasts were preceded by articles in Sanatan Prabhat accusing the film and play of desecrating Hindu gods and epics, and calling for their immediate stoppage. ATS Maharashtra prosecuted half-a-dozen sanatan members for these blasts. In 2011, a Mumbai sessions court convicted two Sanatan Bharat sadhaks, handing them a sentence of 10 years’ each, while four others were acquitted for want of evidence.

Sanatan is also facing six separate trials in Sangli and Kolhapur districts for writing inflammatory and provocative articles targeted at minority communities. It considered Dabholkar and his views dangerous for the Hindu religion and accused him of bringing the faith a bad name. Sanatan had also filed about a dozen anti-defamation cases against Dabholkar and his samiti in the Maharashtra and Goa courts.