The clones have fallen silent. The new wave of crooners beat a different drum. 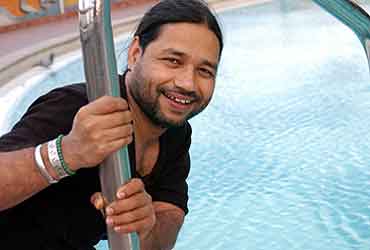 For seven decades, when it came to voice, the industry was unwavering in its demand: more of the same. There were three established pillars—Mohammed Rafi, Mukesh and Kishore Kumar—and no one looked any further. The assembly line, in fact, had started much before them. Mukesh came to the fore as a faithful imitator of K.L. Saigal. Even Kishore did a spoof of the singer-actor who ruled in the 1930s with Dheere se jaana khatiyan mein, o khatmal. Along the way, talents like Manna Dey, Talat Mahmood and Hemant Kumar managed limited success, barely enough for a four-CD 'best of' collection.

In the '80s and '90s, following the exit of the three greats, the Hindi film music industry went into automatic mode, faithfully reproducing one copy after another. Mukesh clones (Kamlesh Awasthi, Manhar Udhas) were few and short lived. Rafi clones (Mohd Aziz, Shabbir Kumar) challenged our ear drums a bit longer. But it's the Kishore clones (Kumar Sanu, Abhijeet, Babul Suprio) who took ground, flourishing through the millennium.