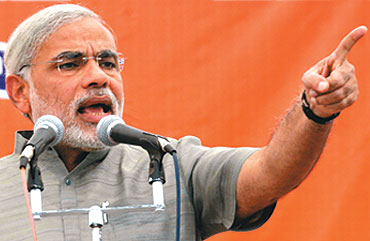 There are reasons and then there are reasons why the prime minister suddenly mounted his "sting operation" on the prime-minister-in-waiting, but perhaps the last straw was the questioning of his core competency in economics and his record as The Great Liberaliser.

The timing was exquisite: Manmohan Singh had just then taken on additional duties...