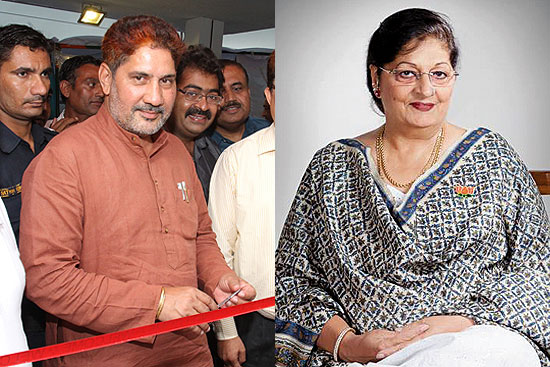 The Jat agitation has split the BJP and even the state cabinet on caste lines. Pragya Singh speaks to the party’s state president Subhash Barala and the BJP MLA from Uchana Kalan Premlata Singh to get a sense of what happened

Non-Jat BJP leaders say Jats must not be compensated...

How can we not compensate the injured, families of the innocent who died or lost their property? Those who are not innocent we can keep out but in such conflicts, the innocent always die in larger numbers.

What went wrong with your negotiation?

We had assured a report by 31st March. The Jats had agreed. On the 17th of February, after four hours of talks, the government agreed that the Extremely Backward (EBP) quota of 10 per cent would be hiked to 20 per cent. The Jat delegation clapped in support. They also asked for economic limit to be lifted from Rs 2.5 lakh to Rs 6 lakh. Again, we agreed. These were their demands and we agreed—a woman agitator even stood up and gave a vote of thanks.

We asked them to stay for dinner and within 15 minutes some of them started singing a different tune. Obviously, somebody was directing them from outside the premises. Some Jats had already gone on TV to announce acceptance, so why did they change their view later? Of course we suspect political interference.

Are Jats alienated from BJP?

The Khaps have not agitated this time—they supported the government. It’s the motivated politics that took it out of hand.

Why do the dominant Jats want reservation?

It is a fight for our right—it was given to us earlier and we want it back.

Are Jats angry with the BJP government?

Mr Omprakash Saini, the honorable MP, has been spewing venom at Jats. They have made this a Jat versus non-Jat issue, which is not good.

Does this help Jat leaders, especially in west Haryana?

Today’s young Jat is totally dependent on farming which is not remunerative. They see just how much money the businessman is making. If they don’t fight for their own rights then who will?

But they are very dominant…

If the Ahirs, Gujjars and Yadavs can get reservation, then why be partial against Jats? They are similar in education, lifestyle and habit but the Jats have become poorer.

Now they may not. Look at how the Maruti [Udyog] fights during the Congress regime drove out Maruti from Haryana.

Is the Jat agitation over for good?

What has happened this time can happen again. Jats protect the nation but the Brahmins and Yadavs look down upon them, consider themselves elite—The future is dark for young Jat boys, will they only be constables, clerks or sepoys?

What do you anticipate now?

It all depends on the Prime Minister, how he takes up the reservation issue. I don’t say he should be partial to Jats; He should listen to them patiently and please or appease them …or next time, there will be even more protest.

Caste is central to Haryana politics. Every election is fought along caste lines.

Why Gandhi Turned Against Lawyers