Cause and effect. Indian expertise in civil society problems gives them a global edge. 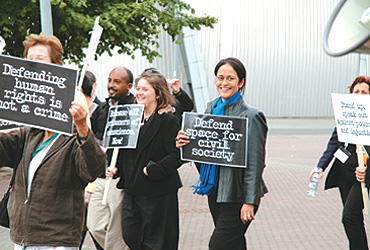 Of all those acronyms that crowd the communication space, there could hardly be another that sounds as dully inconsequential as 'NGO'. The yawn it inspires stretches right across 'civil society', defined as all those who organise themselves to pursue collective benefit. The persisting image of the 'civil society types' is badly dressed people who haven't showered for weeks just to make a political point, who live unwanted in a village somewhere except when they step into the city carrying posters to demand a better world, never mind how. Basically, the last reserve of someone with too much morality, or too little gumption, to be a proper scoundrel.

The trouble is that this no-proper-man's land is now beginning to matter worldwide in dramatic, even historic, ways. And Indians are right up there in leading that change, pushing governments and global giants like the World Bank into doing what they are convinced a lot of people want. These Indians are taking the street to meetings where decisions are taken over the lives of millions, even billions; and where necessary, in suit language.

It has the face of, say, Salil Shetty who heads the United Nations Millennium Campaign, whose job it is to hold governments to the promises made in 2000 to improve education and health, and reduce poverty. It's a campaign that could determine the quality of life of a couple of billion people, not forgetting that a few hundred million of them are in India. Shetty took up the position after taking over as the first non-Brit head of ActionAid, a charity with a once very British stamp.

It wasn't the expected way to go for someone who joined an MBA programme at the Indian Institute of Management, Ahmedabad. "I went into the MBA programme kicking and screaming and pretty much stayed that way for the two years when I was there, asking why we need to study how to make rich people richer," Shetty told Outlook. And when after the MBA he also cleared the IPS exam, and then decided to join an NGO, "my friends thought I had gone bananas". Instead, he's gone places, in this un-smartest of callings. 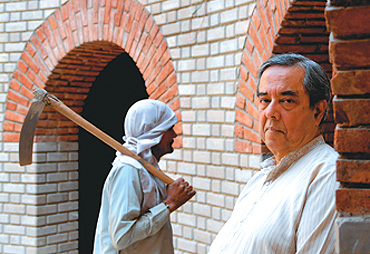 Invisible to an uncaring media, these Indians have been stepping ahead in parallel with Indians taking space around the top in other fields; the many writers, businessmen like Laxmi Mittal. Now Ashok Khosla from the NGO Development Alternatives has come to head the IUCN (International Union for Conservation of Nature), the world's biggest environmental grouping that carries out research and field projects around the world, bringing together more than a thousand government and independent organisations. Then there's Dalip Mukarji, a doctor who worked at a leprosy centre in Andhra Pradesh and now heads Christian Aid, one of the largest charities in the world, supporting hundreds of millions of people. Ingrid Srinath heads Civicus, a hugely influential network of civil society groups around the world. John Samuel is international director of ActionAid.

These are not just Indians who happen to be there; they are there because they happen to be Indians. "In relation to social justice and poverty eradication questions, nobody can talk with greater legitimacy than an Indian," says Shetty. "We have both the largest number of poor people in the world and some of the most effective interventions to combat it. Take the Right to Information or Right to Food campaigns; they are at the leading edge of civil society action to combat poverty and discrimination."

In some ways, India has its problems working for it. Ingrid Srinath says, "The exposure to both, deep, structural injustices of the kind prevalent in India, and the multiplicity of successful civil society interventions there, makes it possible to relate to injustice and marginalisation around the world and to retain a sense of optimism and constructive engagement even in situations that seem utterly dire." 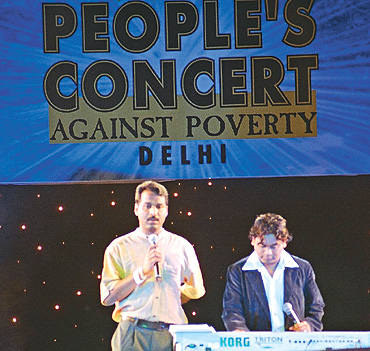 Indeed, India has a way of getting a lot of people together to make a lot of informed noise, then demand change—and achieve it as well. "People in the European Union and the United States are good at lobbying, not mobilising," says John Samuel. "In the West, advocacy meant experts hanging around in the corridors of power, and media-driven campaigns. In the last 10 years, global advocacy has been informed by India, Brazil and South Africa."

For instance, the mass protests over world trade talks apparently had a very Indian root. "The trade justice campaign arose from a workshop I did," says Samuel. This was some time before the explosive trade talks in Seattle 1999, when widespread rioting broke out against big corporations linking arms with rich governments to force deals profitable for them, but disastrous to too many others.

The protests were firstly a communication triumph. They began with a translation job, in decoding a negotiating language that was choking on jargon. "Civil society demystified the whole trade justice negotiations," says Samuel. "These highly technical agreements were brought to the people and ordinary political leaders." From conference rooms the discourse spilled on to the streets, and then flowed back to inform the negotiations. It sparked off a people's action that backed the likes of Kamal Nath in blocking an advance of EU and US business into markets like India that could have smothered much of local produce, and producers. In step with civil society, political positions by India, Brazil, South Africa and some others broke that Western habit that advanced nations must also be advancing nations, now into markets if not whole countries. No trade deal is better than a bad deal, civil society argued successfully. The lack of a wto agreement on this could well turn out to be one of history's more progressive indecisions.

Somehow, there is Gandhi somewhere in this Indian-led resistance. He believes in the outdated morality of working with the forgotten, he doesn't pursue the standard quest for the next smart thing to buy or new currency numbers to add to wealth accumulation. He has the ability to generate mass mobilisation, usually peaceful, and offers convincing arguments in the face of opponents who are as tough as they come. The Indian lead comes not just in mobilisation techniques that are learnt because there are so many of us; it comes by way of ideas that have been transforming.

Dr Rajanikant Shankarrao Arole and Mabelle Rajanikant Arole pioneered a system of preventive medication in hopeless situations in Maharashtra; the World Health Organisation picked that up and promoted it in other countries. Ela Bhatt's Self-Employed Women's Association (SEWA) has become a model in scores of countries. Anil Aggarwal's work on clean air long preceded the follow-up later on steps to limit climate change, and his techniques for decentralised water management are now integral to local water management in villages. Rajesh Tandon's models for what he called participatory research have been adopted as almost standard in work among the disadvantaged. 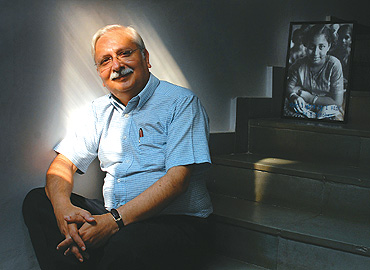 Tandon, who began with an engineering degree from IIT Kanpur followed by an MBA at IIM Calcutta and a PhD in the US, abandoned managerial ambitions to work in Indian villages. "I saw a disconnect between quantitative, instrumental knowledge and local views of knowledge that were more intuitive, emotive, practical, experiential," he says. "That disconnect began to bother me. The knowledge system of the expert was undermining the more rooted knowledge system." And so he developed methodologies to blend the two, such as developing a literacy primer for specific groups of village women arising from their world and the daily issues they deal with. At the many international conferences on development in the '90s, starting with the Earth Summit in Rio in 1992, these ideas were rapidly, and widely picked up.

At least one simple reason that India has produced so many ideas for the world is that you name the problem, and we have it. But more because, says Tandon, "there is a democratic space available for experimentation, in an environment that is not suppressive, that is liberating in some way". And, talking Gandhi again, "India has a long tradition of people with all sorts of education and training coming to serve society", he adds.

They have worked to develop a new democracy that goes beyond a vote every five years or so; it's a continuing campaign to give disregarded choices a chance and the dispossessed a voice, but by producing the doable and deliverable. And when you have that, you don't petition a government with problems; you confront it with solutions.

The Myth Gets Real