The Cult Of Us 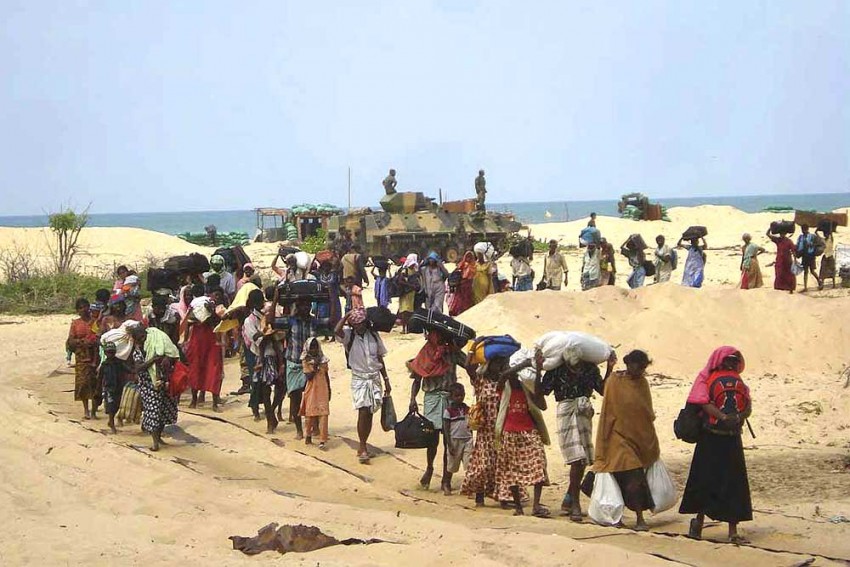 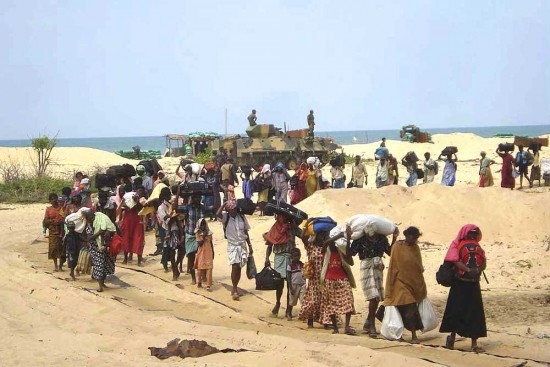 On a wet October evening in Colombo in 2006, while the ceasefire with the LTTE was still holding, a former Sri Lankan minister poured out piping hot tea for a group of visiting South Asian editors. We told him of a meeting with a Sri Lankan Tamil radio journalist who had been kidnapped and beaten before being released by the ‘white van gang’—a name for a state-sponsored militia who used white, unnumbered vans. Over 200 people had ‘disappeared’ from Colombo alone since January that year, including several editors and reporters—all but one Tamil. Civilian killings in Colombo averaged three to four people every day.

Despite the ceasefire, the main A9 route linking rebel-controlled areas with the rest of the country remained shut. An economic blockade prevented anything that could aid the rebels from going through; some essential supplies were allowed. Most Sinhala newspapers were silent on the plight of Tamils; the few who did were attacked and set on fire. The grey-haired, bespectacled politician lamented, “We have become a society without compassion. We have lost the capacity to be outraged.”

Today, after the LTTE’s crushing defeat in May 2009, the 26-year-long civil war has ended. The politician now graces president Mahinda Rajapaksa’s council of ministers. He now has to defend the peace imposed on the Tamil minority and justify his country’s rights violations. Sri Lanka has refused to cooperate with the UN inquiry into the alleged war crimes by its army and the LTTE in the final stages of the war. It tried to ward off a UN inquiry by unilaterally setting up the disarmingly named Lessons Learnt and Rehabilitation Commission. Now another commission of inquiry has been tasked to examine cases of disappearances during the war.

Forever excluded from power, Lanka’s minorities run the risk of being radicalised again by the state’s majoritarianism.

Sri Lanka is a textbook case of how a majoritarian democratic system can exclude minorities from political power by encouraging political mobilisation on the basis of ethnicity. Its 75 per cent Sinhala, 11 per cent Lankan Tamil and 9 per cent Muslim population each have their own ethnic parties.  Political scientists have observed that in ethnically or religiously divided societies with democracy, parties are incentivised to campaign along narrow sectarian lines. So, instead of making Sri Lankan democracy inclusive, Colombo has promoted the ideology of a Sinhala Buddhist nation that excludes minority groups from political power. Such a majoritarian approach runs the risk of radicalising minorities again.

Although the Northern Province is ruled by an elected government of Sri Lanka’s main Tamil party, the Tamil National Alliance (TNA), Rajapaksa has refused to devolve powers to the provincial government. Sri Lanka had agreed to devolution in 1987 under the India-Sri Lanka Accord and enshrined the commitment in the Thirteenth Amendment to its constitution. Successive Indian governments have failed to persuade Colombo to walk the talk.

The Rajapaksa government has also refused to demilitarise the North, with the army staying put and carrying out surveillance of civilians. It is also directly overseeing infrastructural development. Despite the demand by the TNA to appoint a civilian governor in the province, Colombo has, pointedly, sent a former major general. According to the International Crisis Group, the ratio of soldiers to civilians in the Northern Province is about 1:5, higher than that during the second war in Chechnya, the surge in Iraq or even during the French occupation of Algeria.

With Tamils withdrawing into the­mselves, the Buddhist right wing has turned its attention to disciplining Mus­lims, the other minority. Thugs of the Bodu Bal Sena beat up Muslims and attack their shops. Demands have been made to relocate mosques and dargahs situated near Buddhist shrines. Some holy places have been desecrated with painted images of pigs.

The highly militarised and unitary Buddhist Sinhala state that is becoming entrenched in Sri Lanka is unlikely to lead to a stable polity.

(The writer is a journalist based in New Delhi)