Home  »  Magazine  »  International  » indo-china ties: the pm's visit »  The Chinese Red Is Fine, But Ours Is A Deeper Hue

The Chinese Red Is Fine, But Ours Is A Deeper Hue

China may support India in the NSG, but it's not moving our Left leaders. They are firm on their anti-Indo-US deal stance. 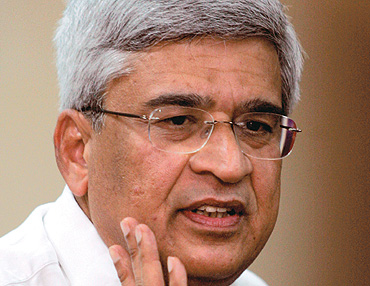 outlookindia.com
-0001-11-30T00:00:00+0553
The Left parties will continue to follow their own wisdom—and their own timeline—on the controversial Indo-US civilian nuclear deal. They don’t believe Prime Minister Manmohan Singh’s recent visit to China—with whom the CPI(M) in particular enjoys a warm relationship—and the outcome of the talks have any bearing on their position on the deal.

CPI(M) general secretary Prakash Karat told Outlook: "I don’t wish to speak on the deal till the government gets back to us on the talks with the International Atomic Energy Agency (IAEA). We will then discuss our next step." His remark illustrates that the Left’s position on the nuclear deal will not be influenced by China’s "pledge" to cooperate with India in civil nuclear energy.

It may be recalled that on November 16, at a meeting of the specially constituted UPA-Left committee, the Communists agreed to let the government approach the IAEA to work out an India-specific safeguards agreement. This followed a governmental assurance that such an agreement would be presented to the committee "for its consideration before it finalises its findings".

Senior CPI leader D. Raja also delinked the China visit from the Left’s position on the deal. He, however, sharply responded to the prime minister’s statement that he did not think China would be an "obstacle" in the 45-member Nuclear Suppliers Group. "Who created the impression China would be an obstacle?" he asked. "We always believed China would be positive. When (Chinese president) Hu Jintao visited India in 2006, he spoke of promoting cooperation in civilian nuclear energy. That position has just been reiterated, with the word "agreed" in the earlier statement being upgraded to "pledged". Relations between the two countries are going from strength to strength."

Clearly, the Left is chary of admitting any change in China’s position on the Indo-US nuclear deal, even as it wishes to stress its own "independence" on the issue. CPI(M) MP Mohammad Salim told Outlook as much. "China’s supporting or opposing the Indo-US nuclear deal has nothing to do with our position, as our general secretary has pointed out many times in the past," he said. "Our opposition springs from our concern for the national interest, keeping in mind the international perspective. It is independent of the foreign policy of any other country."