The Century, So Far 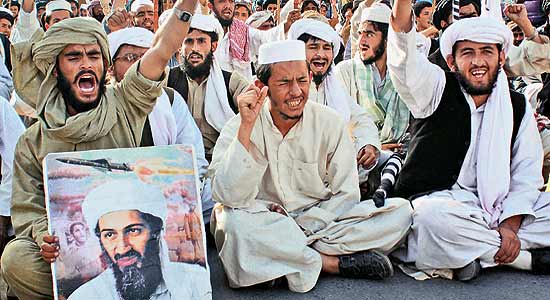 About 15 years ago, I sat in a garden in Islamabad sipping nimbu pani, listening to a young reporter I’d just met earnestly trying to convince our small gathering that the world wasn’t paying enough attention to the ambitions of a chap named Osama bin Laden. It turned out rather quickly that he was right; it wasn’t. The young man was Jason Burke and over the years that followed he has covered every twist and turn of the life, death and impact on the world of the most influential figure of this century so far. During that period, Burke became one of the world’s few genuine experts on Al Qaeda. He was among the first to identify the organisation as more of a brand or franchise than an overarching entity. A kind of Kentucky Fried Chicken for militant Islam that was hungrily devouring new ways of using its small footprint to maximum advantage.

But this is more than a book on the impact of Al Qaeda. The 9/11 Wars reads the last rites over the ‘war on terror’. That phrase was intended to make the confusing post-9/11 world more understandable to an American audience hoodwinked by the idea of ‘The End of History’. They lived in a world in which America had seen off the Soviets and were so militarily powerful they simply had nothing to worry about. That complacency left them unaware of the hatred for their nation burning in the hearts of a new generation of young radicals. It was, as Burke points out, completely unprepared for the new wars that would follow 9/11.

Burke shows how, because the ‘war on terror’ required no real understanding beyond ‘you’re either with us or against us’, the US and its allies often blundered their way around the world winning battles but losing wars. The lack of subtlety in the phrase meant cultural norms were at times literally trampled underfoot, creating new enemies at every step. The Americans, in particular, were constantly duped by warlords and politicians from around the globe who used them to settle scores and start feuds. Governments got away with terrible injustices against their own people by invoking the same battle cry. Perhaps most damaging for America, a nation brought up looking at themselves through the prism of Hollywood, were the images from Abu Ghraib. A nation taught to see only good and bad was confronted by clear evidence that this time they were the guys in the black hats.

The book, though, doesn’t just tackle the West’s follies. Burke points out that actually it wasn’t only America that saw its campaign undermined by a lack of sophistication. He shows how “the message of bin Laden, deliberately stripped of local specificity and as disrespectful of local custom or belief as anything emanating from the West, began losing popularity among its primary audience when its local implications became clear”.

There have been many books on the post-9/11 years. Some finely written but most by journalists offering a broad sweep across global events. They are often by writers who only dip into the lives of the people who have had their worlds turned upside down before immersing themselves once again in international diplomacy. Burke promises to tell the story of “the 9/11 wars” from the “grubby view” below. He describes how the conflicts touched and destroyed lives from Madrid to Mumbai. And he manages this without losing the big picture in all the detail.

The sections dealing with Pakistan, Afghanistan and the troubled relationship they share will interest many. India has made some blunders in its handling of both countries over the last decade. His analysis, drawn from more than a decade of studying both up close, is essential reading for anyone interested in how India must manage its near abroad.

Clearly, an incredible amount of research has gone into this work. This is not just a journalist dusting off his old notebooks. It’s a big book but the narrative nips along, making it an enjoyable read. It doesn’t feel like you’re doing your homework, as some books on this subject tend to do.

If one word best sums up Burke’s work, it is ‘authentic’. You can’t write a volume like this unless you have lived through the story yourself.

A lot has happened since people woke up in New York on that bright autumn morning back in September 2001. The 9/11 Wars is the best book so far on how what happened next has changed all our lives forever.