The Cavafy Of Colaba

Since this review was written, the literary world of Marathi and English suffered a grievous blow in the passing of Arun Kolatkar... 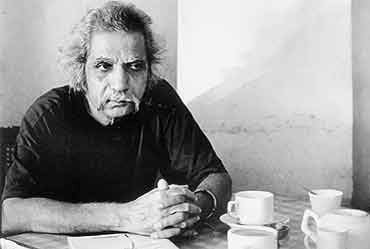 Nothing, it seems, pleases Arun Kolatkar more than less. His latest collection, Kala Ghoda Poems, is an expression of form born of great economy of means. And a wonderful entity he makes of it, too. Most of it centres on a single place in Mumbai named after something no longer there. It’s a meeting point of six roads once dominated by a statue of Edward VII, Emperor of India. Bronze. Equestrian. Kala Ghoda. The statue has gone but we still call it that. The linkages Kolatkar constructs are of the city here and now—a lamentation sometimes, but always a transforming observation.

Virtually all the 28 poems are sequences of "triads", verses of three lines. At no point does form hinder meaning or music. The very first poem gives a sense of what awaits us. A reflection from the dead centre of a traffic island, it’s in the first person. The narrator is musing with "...my lower jaw at rest on my front paws." It’s a shame the title, Pi-Dog, gives the point away, or the surprise of the 18th line would have been intense.