The Castle, The Moving Forest 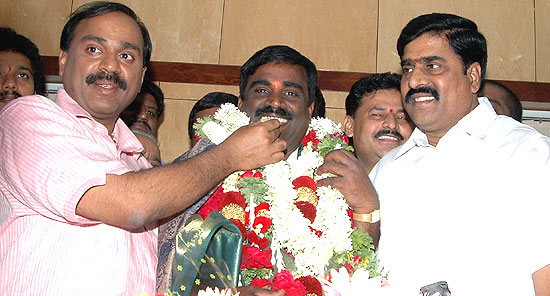 If the Brothers Reddy were to pen their memoirs, its title could well be ‘How to Butter your Bread on Both Sides and Eat It Too’. Reason: while the Reddys, children of a police constable, are seen as the moneybags propping up B.S. Yediyurappa’s BJP regime in Karnataka, they’re also accused of being business partners with Y.S. Rajasekhara Reddy’s Congress dispensation in AP.

It was after Yediyurappa fell short of the required halfway mark of 113 in the assembly polls last year that they sprang into prominence. They were seen to be the brains behind the move to get victorious Congress and JD(S) MLAs to resign and contest afresh as BJP candidates. The move gave Yediyurappa’s government much-needed stability but at a price. Soon after the Lok Sabha polls, the brothers mounted a barely-concealed attempt to extract their pound of flesh. In the end, a rapprochement was reached, with the government dropping cases against them.

In AP, the Reddys were allotted over 10,000 acres in 2007 for the first phase of the Rs 25,000-crore Brahmani Steel project in YSR’s home district Kadapa. At the foundation stone-laying ceremony, YSR pointedly addressed the Telugu Desam Party for claiming that he was the promoter of the steel plant.

But TDP chief Chandrababu Naidu is unfazed. “Rampant mining is going on in Siddapuram and Obalapuram in defiance of the Union environment ministry directive to stop mining till the Survey of India had verified the boundaries,” he said. “The Union government has written four letters to get the survey completed, but the state government says it has done the survey through its forest department. Thousands of trucks of ore are being quarried out through Krishnapatnam port.”