The Case Of The Cross-Country Ordeals

Why are defamation cases filed here, there and everywhere if not to harass? It’s almost impossible for an individual to hold out. 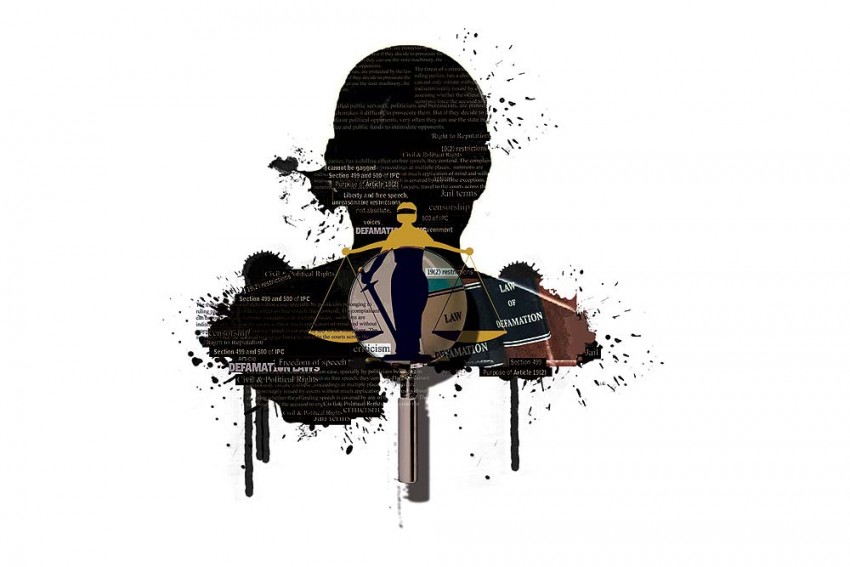 Illustration by Saahil
Anil Divan August 10, 2015 00:00 IST The Case Of The Cross-Country Ordeals 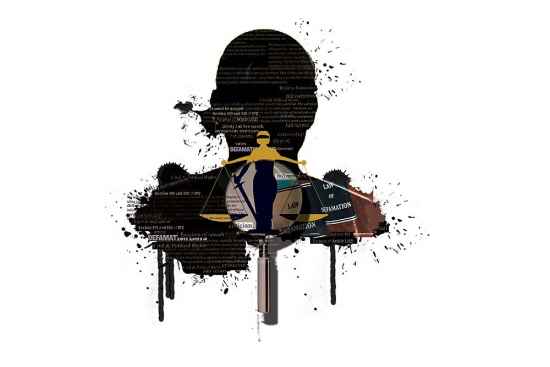 Libel, referring to written words, and slander, referring to spoken words, together constitute defamation when published, and which injure or tend to injure the reputation of the victim and expose him or her to hatred, ridicule or contempt. These are the core ingredients of defamation. In India, defamation can give rise to a civil action in tort for damages or prosecution for a crime. This article is concerned only with criminal defamation. Its theme is that the provisions dealing with criminal defamation (Sections 499-502, Indian Penal Code, 1860) have outlived their utility. Besides, there has been widespread abuse of these provisions. Powerful politicians and rich individuals have used them to harass and intimidate individuals and the media.

Under the common law of England, defamation was not a criminal offence unless it had a tendency to cause a breach of peace. However, Tho­mas Babington Mac­ aulay, the father of the Indian Penal Code (IPC), made it a criminal offence in India even if there was no tendency to cause breach of peace—a significant departure from the English common law. This he did to protect the colonial government and its officials. Currently, in the United Kingdom, a law that came into force in 2010 has abolished the offences of defamatory libel and obscene libel in England, Wales and Northern Ireland.

In the well-known Khushboo case of 2010, the south Indian actress, who had advocated societal acceptance of pre-marital sex and live-in relationships in a magazine, was cited by a Tamil daily which allegedly reproduced her statement (the accuracy of which she denied) thus: “About which culture are the persons who are protesting against my interview talking about? Is there anyone who does not know about sex in Tamil Nadu? Is there anyone who does not know about AIDS? How many men and women do not have sex before marriage?” Twenty-three criminal complaints were filed against Khushboo in courts across the state. Complaints were also filed under the Indecent Representation of Women (Prohibition) Act, 1986.

Khushboo approached the Madras High Court for quashing all criminal proceedings instituted against her under Section 482 of the Criminal Procedure Code (CrPC). The HC refused to quash the proceedings and Khushboo appealed to the Supreme Court. The Supreme Court held that there was no obscenity in Khushboo’s remarks. It also held that  there was no prima facie case of defamation. There was no intent on the part of Khushboo to cause harm to the reputation of the complainants. Nowhere was it suggested that all women in Tamil Nadu are engaged in pre-marital sex.

The Supreme Court observed: “We are of the view that the institution of numerous criminal complaints against the appellant was done in a malafide manner.” In order to prevent the abuse of the criminal law machinery, the court granted relief to Khushboo by quashing all the complaints. It also observed that: “Initiation of criminal trial is a process.... It should not be triggered by false and frivolous complaints, amounting to harassment and humiliation to the accused.” The idea is that intolerant groups should not be permitted to harass honest expression of views.

In many countries, defamation is no longer a criminal offence. it’s high time India changed a law used most of the time to harass and intimidate.

The Spycatcher case, or Attorney-General versus Guardian Newspaper, 1987, a sensational case of England, is also worth recalling. Peter Wright, a member of the British secret service MI5, authored a book of memoirs called Spycatcher. He disclosed various secrets. The British government moved  the English courts to stop publication of the book and of reports of court proceedings in a case in Australia, where the British government had moved to injunct the publication of the book. Meanwhile, the book was freely available in US and outside England and was in the public domain. The court of appeal granted an injunction. The House of Lords, which used to have a role as a court of last resort, not only upheld the gag order by a majority of three against two but also enlarged it. The British press was furious. There was a stinging attack on the judges of the House of Lords. The Times editorial was blistering: “Yesterday morning the law looked simply to be an ass.  Those who regretted this fact were waiting with quiet confidence for the Law Lords to do something about it. We hoped that they would accept the reality that the secrets of Mr Peter Wright’s book Spycatcher were irretrievably in the public domain...but yesterday afternoon the law was still an ass. But as a result of their Lordships’ judgement it was no longer a dozy docile domestic creature whom a kick in the right place would restore to useful activity. In the hands of Lord Templeman, Ackner and Bra­ndon (the majority who ruled  for the gag order) it had become unpredictable and wild, seemingly responsive only to autocratic whims.”

The Daily Mirror came out with a front page caption ‘YOU FOOLS’ and published the photograph of Lord Templeman, Ackner and Brandon upside down. This front page has now been immortalised as a cover in a book by Simon Lee called Judging Judges. This robust criticism did not trigger any defamation or even contempt proceedings.

To come to another point, an enormous number of  financial scams are being exposed by whistle-blowers and the media. They are vulnerable to harassment by the filing of criminal complaints across the length and breadth of the country. It is financially and physically impossible to defend such a spread of complaints, filed in a number of courts in towns and cities across the country. They are only meant to harass, intimidate and coerce by abusing the machinery of the criminal law of defamation.

Currently, Dr Subramanian Swamy’s writ petition, under Article 32 of the Constitution, with a prayer to declare Section 499 and 500 of IPC and Section 199 (2) of the CrPC as unconstitutional, is being heard by the Supreme Court. Swamy had in the past vigorously criticised Jayalalitha, for which 100 criminal cases were filed against him all over Tamil Nadu by local public prosecutors. These were later withdrawn. Swamy also alleges that in 2014, a series of criminal defamation proceedings were filed against him in Tamil Nadu by Jayalalitha.

With the passage of time, and with many countries decriminalising defamation, India should move to adopt international norms and standards. The rich and the powerful are using criminal defamation in India to harass and intimidate individuals and silence the media. It is a well-settled law that the passage of time and changed circumstances, including societal developments, can render laws which were reasonable and valid when passed becoming unreasonable and invalid. This principle needs to be applied to invalidate Section 499 and 500 of the IPC, along with Section 199 (2) of the CrPC. Under Article 13(1), the above provisions of the IPC and CrPC were laws in force before the commencement of the Constitution and can be declared null and void if they are inconsistent with fundamental rights. Article 19 guarantees freedom of speech and expression subject to reasonable restrictions under Article 19(2) related to defamation. Under changed conditions and widespread abuse, isn’t making defamation a crime an unreasonable restriction?

If such a drastic solution is unacceptable, it is desirable that the accused should have the choice where the complaint should be investigated and pursued—preferably where he resides or carries on his occupation. This would avoid his being dragged to defend complaints all over India. The forum for the complaint should not be where the alleged offence is committed by publication of the defamatory material but should be at the choice of the accused entertained and pursued at the place of his residence or work. Secondly, the State should appoint public defenders at its cost to defend the accused when multiple complaints are filed all across India. Most of these cases fail, but the harassment is an undeserved punishment which few individuals can afford. Stringent and substantial provisions on payment of costs should be imposed on unsuccessful complaints. In sum, why not follow the British law and abolish criminal defamation?

(Eminent constitutional expert Anil B. Divan, a senior advocate in the Supreme Court of India, is one of the co- founders of the Centre for Public Interest Litigation.)

Is It No Names Please?