The Bully In The Court 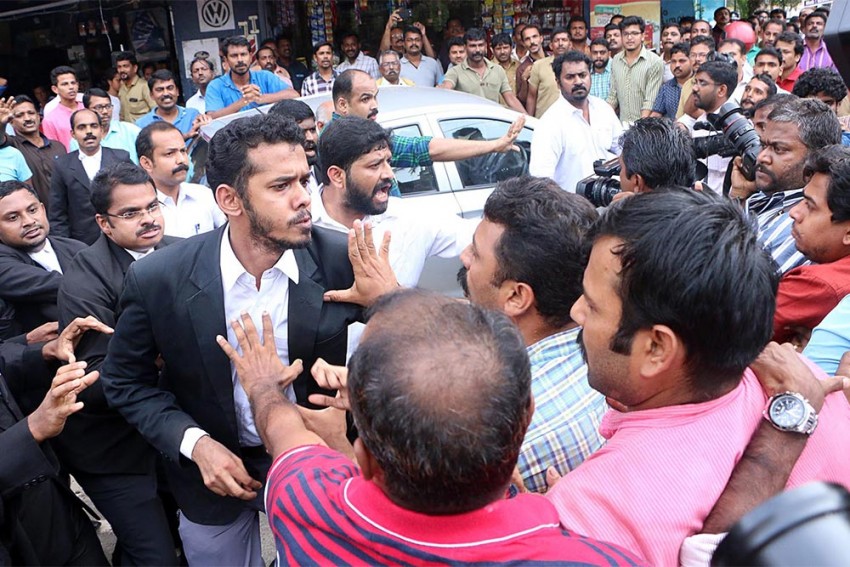 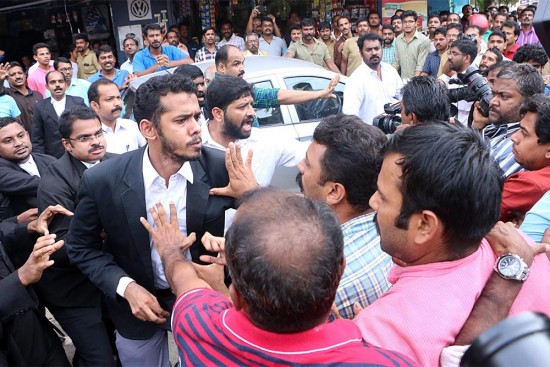 “The evaluation needed for the assessment of justice is not just a solitary exercise but one that is inescapably discursive. It is not hard to see why a free and energetic and efficient media can facilitate the needed discursive process significantly. The media is important not only for democracy but for the pursuit of justice in general. Discussionless justice can be an incarcerating idea.”

—The Idea of Justice, by Amartya Sen

Some strange things are happening in the courts of Kerala. The justice system of the state has been imprisoned within its own walls for the past two months. Lawyers have been preventing media personnel from entering the premises of the high court and the district courts to report on the proceedings.

For the first time in the history of ­India, there is what can be termed as a judicial emergency. Instead of regular court ­reports, colourless portions of the judgements forwarded to the media are being published. Many of the important cases have gone unreported; unknown to, and therefore, unnoticed by and the common man. Even after the intervention of Chief Justice Mohan M. Shantangoudar of Kerala High Court, who recently took charge, and chief minister Pinarayi Vijayan, a section of lawyers are still adamant that five legal correspondents of leading publications and channels be barred from entering the court premises. And they are ensuring this with utter disregard to the rule of law. The facilities enjoyed by the media—the media rooms in the courts—continue to ­remain locked and journalists have been barred from ­entering the chambers of the judges.

A series of events have led to a huge fight between lawyers and media personnel. On July 14, a government pleader, Dhanesh Mathew Manjooran, was arr­ested for molesting a 45-year-old woman at convent junction, Ernakulam. The man was caught by locals and handed over to the police who filed an FIR based on the woman’s complaint. Later, Man­jooran’s father met the woman and also wrote an apology letter addressed to her. After the apology, she retracted her initial statement in the court saying that it was a case of mistaken identity. Once the statement was retracted, the Kerala High Court Adv­ocates’ Association (KHCAA)  deci­ded at a meeting to take a protest march to the police station for arresting Manjooran without having done proper investigation. Meanwhile, the police tracked the apology letter and put it ­together with the FIR. The KHCAA later decided to postpone the march.

According to a report in a leading English daily, it was because of a difference in opinion within the KHCAA that the march was postponed. On July 19, the reporter who made that observation was asked to make corrections by the KHCAA office bearers, stating that there was no difference of opinion within the KHCAA, to which he agreed. However, he and another reporter were heckled, abused and manhandled by lawyers in the Kerala High Court premises. The lawyers, who complain of general misreporting,  also surrounded women ­reporters, for which they were compelled to give a written complaint to the registrar-general. The Kerala Union of Working Journalists (KUWJ) decided to protest against this mistreatment of journalists outside the high court, which is deemed to be an agitation-free zone.

The police tried to protect the journalists protesting outside the high court, but they couldn’t do much as they were outnumbered by thousands of advocates.

On July 20, the media room, as is customary, was opened by the staff of the PR office of the Kerala High Court for the reporters. This enraged the lawyers as they had taken decision to keep it locked. They are said to have again harassed some women reporters who were present in the media room. Meanwhile the dha­rna outside the court by journalists got out of hand and witnessed some stone pelting by both sides—the journalists and the lawyers. The police tried to protect the protesting journalists but they couldn’t do much as they were outnumbered by the thousands of advocates surrounding them. After the entire episode, the lawyers went on strike on July 21 and 22 across Kerala protesting ­‘police action’ against them.

The KHCAA also sent show-cause ­notices to six leading lawyers. Among them were Sebastian Paul, A. Jayashankar, C.P. Udayabh­anu. They were accused for making ­derogatory comments about the members of the bar and not upholding the ‘noble’ cause of the lawyers. What triggered the KHCAA to do so was that some of these leading lawyers had taken part in channel discussions where they had asked the lawyers to exhibit restraint and uphold the dignity of the justice system.

“The allegations in the show-cause ­notice are vague and I cannot answer it,” says A. Jayashankar. “As a citizen of this country, I have the right to freedom of speech and expression. I cannot give up my rights just to be a member of an association. What is alarming is that there have been clashes all over Kerala from Kasaragod to Neyattinkara to keep the press out of the courts. Most of the lawyers are not for such action, it is only a set of lawyers who wish to continue precipitating this issue. This is most unfortunate because the people are totally in the dark about important cases which happened during the past two months.”

Though chief minister Vijayan met the media personnel and lawyers and tried to resolve the matter, nothing concrete emerged. On July 30, Vijayan directed the advocate-general to constitute a committee, which ­includes representatives of the bar council, the KUWJ and the media. Two meetings were held. The then acting Chief Justice Thottathil B. Radha­krishnan and the present Chief Justice Shan­ta­ngoudar, along with a panel of eight judges, held two meetings with the lawyers and the representatives of the media to resolve the matter.

The CJ emphasised at a meeting on September 29 that every citizen had the right to enter the courtroom. “The lawyers present demanded that five legal correspondents should be barred from entering the court premises,” says M.G. Radhakrsihnan, chief editor of Asianet News, who was present for both the meetings with the CJ. “The management and the editors of the TV and print media were not willing to oblige to this demand. It is a public place and picking and choosing who should go and not go inside the courtroom seem like an absolute travesty of democracy,” he adds.

After the meeting, it was decided that the media room shall remain locked and the judges’ chambers will be out of bounds for some time. But on September 30, in spite of the CJ’s assurance,  when eight journalists went to the high court to report on proceedings, a group of lawyers surrounded them and asked them to leave the court premises. They also  threatened to beat them up.

A leading lawyer who threatened this journalist with grave consequences if his name was revealed says, “Why should the journalists come with police protection to the courtrooms? That is what provoked the lawyers.” The journalists, however, say they never asked for protection. That was directed by the registrar general of the court.

A leading jurist has advised the five journalists to file a writ petition in the court challenging the KHCAA’s ban on their right to enter the court premises. Former Supreme Court judge K.T. Thomas has offered to mediate between the lawyers and the media personnel and bring about an amicable solution. On September 7, former MP Sebastian Paul wrote to the Press Council of India, bringing the matter to its notice after the media sank into indifference about the issue.

A part of his letter reads, “Larger questions of public importance are involved in the present tussle. As adjudication is not just a private activity, the open court rule is the norm for legal proceedings. Highlighting the important role played by the press in ensuring the quality of the legal system, Lord Chief Justice Widgery observed in R.V. Denbigh Justices (1974) that the presence or absence of the Press is a vital factor in deciding whether a particular hearing was or was not in open court.”

The Press Council has sent a notice to the chief secretary of the state and to the high court to resolve the matter. Paul says even during the Emergency, such a situation had not risen. If the impasse does not resolve speedily, it is the common man who will lose his right to know.