The Book Of Perilous Sanity

When the refusal of ‘the new normal’ takes fictional form, what comes out is a sprawling tale of the triumph of ­broken lives—blossoms cutting defiantly through rock 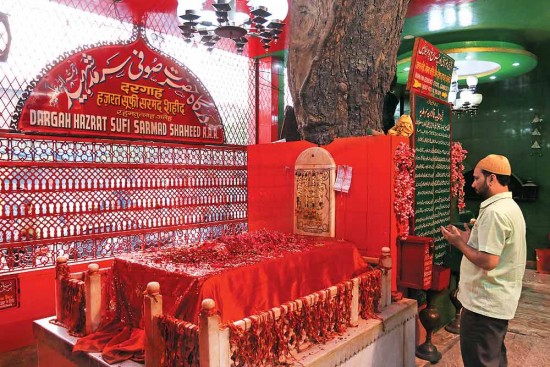 Len Cohen comes in somewhere, perhaps on the Dal lake. Maybe not with those famous, wind-blown lines of his—“There’s a crack in everything / That’s how the light gets in”—but they will do as a marker for this. Arundhati Roy, the novelist, is back. With a sprawling book, about being broken but being alive despite that, or maybe because of that. Eking out, drawing forth, from a frame where morbidity wells up like pus, a strange kind of sunshine. It’s an unlikely, fragile place for spring to bloom—a living quarters that includes the dead, just downwind of a morgue and mountains of medical waste. But it happens, like hardy blossoms cutting defiantly through rock. Like something that shouldn’t exist, but does.

That goes for the novel too. In many ways, this is a book of flaws. Its plot is an elaborate contrivance that allows the aut­hor to trawl through her pet themes, almost all of her very political non-fiction resume, tie them up in a loose bundle, and recast them in the complex half-light of fiction. Kashmir and Bastar get fused in the form of a dark-skinned child of rape. Once you get past the story elements at each step, there are lengthy portions that are fairly indistinguishable from her essays. That same mincing diagnosis of soci­ety and politics, that familiar sarcasm and comedy of manners, whose bounties are variable—a rich vein at times, Facebook-grade invective at others. At each turn, there are ‘non-fiction’ snapshots, little Wikipediatric diversions, or something from the Delhiwallah blog, lightly alchemised by her prose. Also deadpan portions about well-known events, explanatory footnotes within the main body that have all the flair of an intelligence despatch, a journalist’s story brief or an unfunny cartoon.